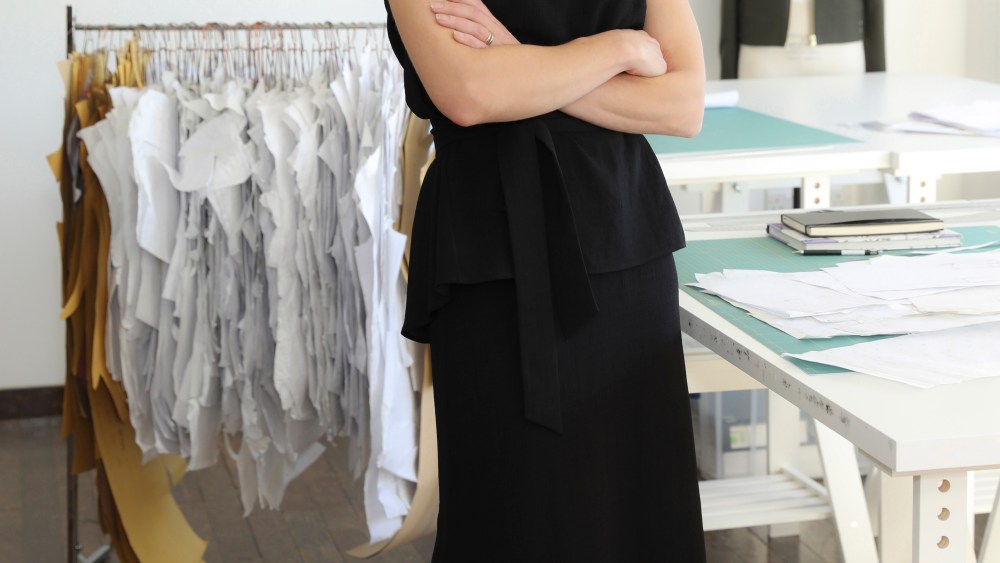 LONDON — The already-buzzy contemporary market is set to get a fresh shock of energy with the launch for spring of Samantha Cameron’s new capsule collection of women’s wear.

Cameron, a creative consultant for Smythson, the famed Bond Street stationer and accessories house, and a British Fashion Council ambassador, was Britain’s most chic first lady to date until June, when her husband David stepped down as the country’s prime minister.

Her laid-back approach to dressing, blend of tailored and breezy silhouettes, and fearless mix of the high street and high-end have undoubtedly informed the new collection, Cefinn, a name derived from the initials of her four children.

On Wednesday, Cameron offered a few details of what’s to come: She said she designed the collection, which will launch on the brand’s web site, Net-a-porter.com, and at Selfridges, for the “busy, modern woman.” Retail prices range from 100 pounds to 300 pounds, or $125 to $373.

“I wanted to create an urban uniform for busy women who love fashion,” she said. “I felt there was a gap in the market for a designer British brand at a contemporary price point, offering a capsule wardrobe that takes you from day to evening.”

As soon as her husband resigned in June following the Brexit referendum, there was widespread speculation that the arty Cameron, who had continued to work at Smythson during her Downing Street years, was readying her own fashion label.

In October, she set up a new company in the U.K., Samantha Cameron Studio Ltd., which is registered in North Lincolnshire, where she grew up.

If her tenure at Downing Street is any indication, the collection should be filled with elegant, and easy, pieces.

As first lady she mixed a host of high-street looks with designers such as Roksanda, Emilia Wickstead and Erdem, and was often snapped wearing Converse sneakers and skinny jeans as she dropped her children off at school.

Earlier this year, she and her family left Downing Street in style, with Cameron wearing a sleeveless multicolored dress by Roksanda.

Even during her fourth pregnancy — with daughter Florence — in 2010, she always looked smart, in loose tops, cropped trousers and tailored jackets. She wore fitted dresses with belts that gently grazed her bump or looser numbers, pulled together with a Joseph blazer.

Giles Deacon, who worked with Cameron on a line of correspondence cards for Smythson, said: “Samantha has got a good head for design — and for business. She has a keen knowledge of fashion, and she dresses tastefully — but never boring.”

She has always loved playing with intense color, such as bright teal or scarlet, and accessorizes with quirky touches such as charm pendants. She also has a little dolphin tattoo on the inside of her right ankle, about which the British press has made much fuss.

Business-wise, it was a canny move for Cameron to position the label in the contemporary market. Retailers, under constant pressure to drive footfall and digital sales, are embracing contemporary labels that offer women everyday options. They argue that the premium middle ground has become a hotbed of creativity and commerce driving sales alongside the high-end runway pieces.

Cameron is also one of a growing number of fashion-loving working women who’ve decided to fill what they perceive as gaps in the market.

Other examples include the British resortwear brand Pippa Holt Kaftans, created by a former editor at Sunday Times Style and British Vogue; Attico, cofounded by Gilda Ambrosio, a Milan street style favorite, and Livotte, the London-based shirt label created by two marketing and retail veterans, both of whom are working mothers.

Even before moving into her high-profile role on Downing Street, Cameron was mixing up fashion moods and price points. She wore labels such as Prada and 3.1 Phillip Lim, which she spiked with high-street finds from stores including Jigsaw, Reiss, Uniqlo, Zara and Topshop.

Her flair for color, texture and sleek shapes has shone through every aspect of her life. She’s worked with Smythson since the Nineties, pushing hard to freshen up the brand’s once-fusty image.

She oversaw store and product design, window displays and created the popular Fashion Diary — which comes in a rainbow of colors. She collaborated with labels including Erdem, Giles and Holly Fulton on the annual bound book that has key dates and addresses for the major fashion cities.

Creativity — and entrepreneurship — run in her blue blood: Cameron’s mother, Annabel Astor, is a viscountess as well as the founder and owner of the British home furnishings company Oka. Astor is also a jewelry designer.

Cameron’s father is Sir Reginald Sheffield, a baronet and descendant of King Charles II; her stepfather is William Astor, the fourth Viscount Astor who was related to Brooke Astor.