Easley, who in 2016 sold her half of specialty retailer Kirna Zabête to partner Beth Buccini, on Thursday revealed MaisonMarche, which travels from “lovely home to lovely home,” bringing a hyperfocused assortment of hard to find brands, including women’s apparel, shoes, handbags, jewelry and accessories. Everything is buy-now-wear-now for instant gratification, and 10 percent of profits from each event are donated to a charity, which makes consumers feel good about their purchases.

Easley has done nine events so far during MaisonMarche’s soft launch. She has another 40 planned, then plans to scale it up after that. “My numbers have been three times what I projected,” she said. “The business model is highly scalable.”

MaisonMarche’s web site launched Wednesday as a platform for brands’ styles and rotates every two weeks. “It will be e-commerce, but today it’s not. I don’t have a brick-and-mortar store. I need the web site to show the style, feeling and the branding. The branding is the curation.”

After Easley exited Kirna Zabête, she did some fashion consulting, helping retailers perfect their brand mixes and assisting designers and brands in readying collections for the media and wholesale clients. The result of the two-year exercise was the realization that fashion retail isn’t working.

“I was working closely with the CFDA,” she said. “I saw such a struggle, and also an opportunity. Fewer people are walking into brick-and-mortar stores. They’re spending on wellness and travel. We’re in an experience economy where that’s of high value.

“Shopping at malls is obsolete, even in the best fashion districts,” Easley added. “Shopping online is overwhelming and lacks creativity. For consumers, it’s hard to take risks on new brands when you don’t know their sizing. Also, e-commerce doesn’t offer real personal styling, so consumers return more than half of their purchases.”

Easley has empathy for both brands and retailers. “It’s very hard to a brand to get into a specialty store and thrive and grow, because the successful stores are very careful,” she said. “Brands go directly to customers and that leaves them exhausted. I know so many women who would take a chance on a new label and don’t place a high value on wearing a luxury brand. As a stylist, I love to support these brands and show women how to wear them. That’s secret sauce.” 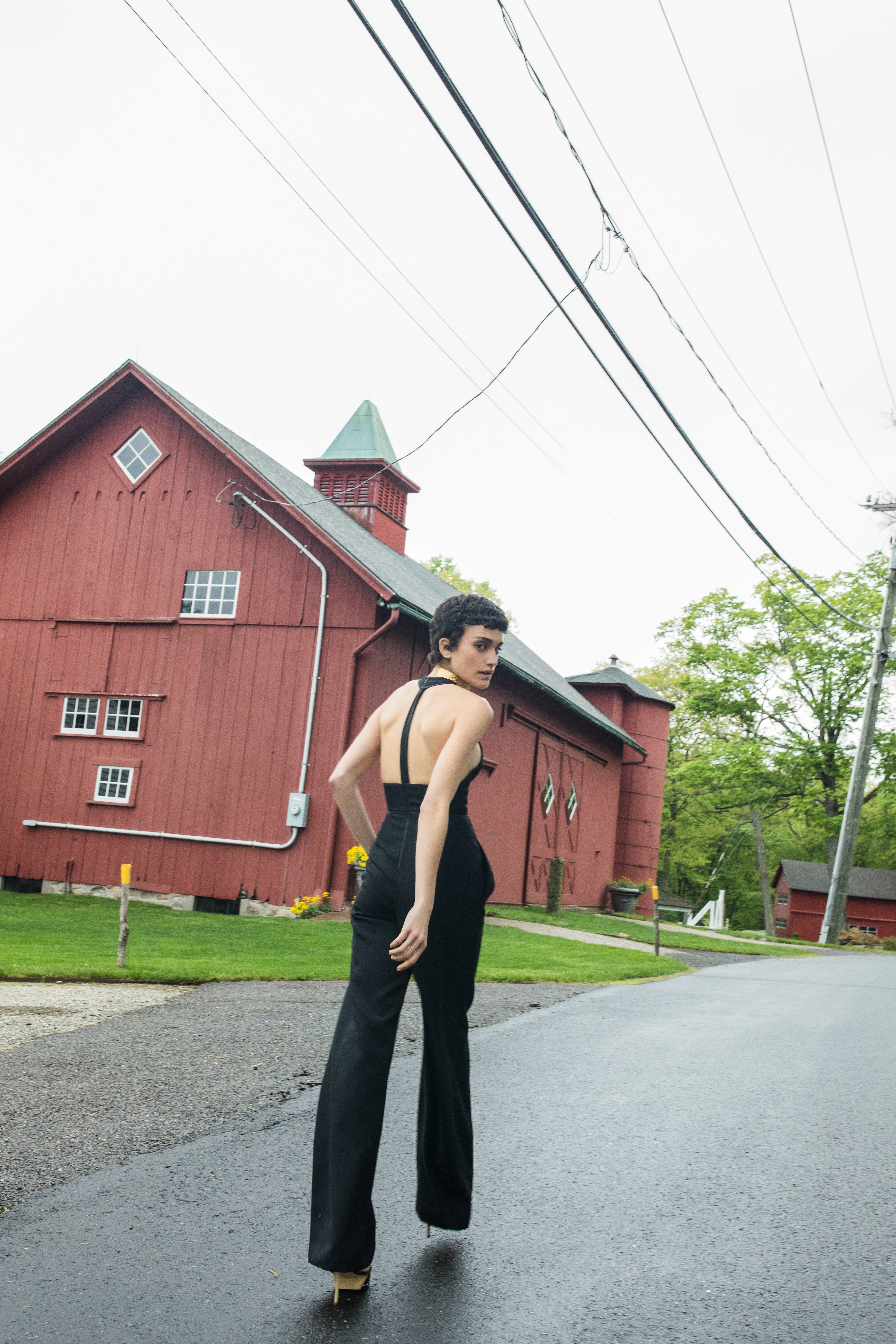 There are other ingredients in the sauce. Easley discovered brands everywhere from Brooklyn to Bogota. “They were great and not over-distributed,” she said. “I curated a brand mix from all over the world. In addition, I have American designers such as Jason Wu Grey, Narciso Rodriguez, Warm, Tanya Taylor and Andrea Gomez. The list goes up to 50. I needed to tie it into Every Mother Counts and other very important causes. Going into someone’s living room, people are clear about that.”

Easley’s itinerary can take her from a “stunning estate in Greenwich, Conn., to a gorgeous home in Nantucket.” Arriving at the address of the event with seven rolling racks and a minimum of five stylists in tow, she builds a store — and they come, about 90 women on average.

“I go an hour early and spend time with the brave host,” Easley said. “I say, ‘Here’s what applies to you and your shape and lifestyle and budget.’ I’m re-creating the retail model and shifting supply and demand. When I started in retail, there were waiting lists for Balenciaga handbags and Céline rtw. I only bring a very limited supply of each style, no more than three units of the same dress.”

The women who attend buy four to six things, Easley said, adding, the social part of it is fun. “I don’t believe in a luxury price point for this format. The average price for a dress is $595. I sprinkle in some luxury, because, why not?”

Asked about the potential of MaisonMarche, and not surprisingly, she said, “The sky’s the limit because there’s so many designers, an endless supply of talent that understands fashion is shifting, and they’re very open-minded about trying a new format.”

For now, Easley has a combination of full-time employees and part-time stylists. “I book them about two months out. I have a Northeast team and West Coast team. An event is two days, Wednesday from 5 to 8 p.m. and Thursday, 9 a.m. to 2 p.m. I’d like to build up my full-time team and have senior stylists,” Easley said.

She declined to discuss sales volume, saying, “We only launched on May 1 and I projected one-third of what we actually sold. I’d rather do fewer very high volume events than a lot of $10,000 ones.”