Home decor maven Rachel Ashwell, who turned her flea market finds into a lifestyle, is entering the apparel business alongside her daughter, Lily Ashwell. 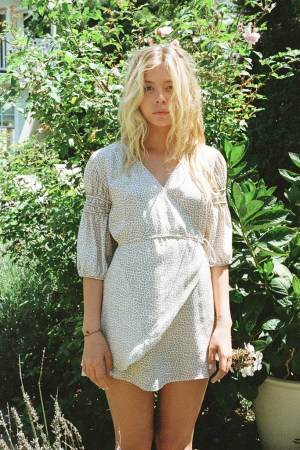 The recent Central Saint Martins grad, who was raised in Malibu, Calif., is launching a line called Lily Ashwell for Shabby Chic as part of her mother’s licensing business.

“My company was going through an aggressive expansion, but after the recession that all changed,” said the elder Ashwell. “I chose to focus on my four bespoke stores, [bespoke furniture line] Rachel Ashwell Shabby Chic Couture and personal projects.” The stores — located in Santa Monica, Calif.; New York’s SoHo; London’s Notting Hill, and Round Top, Tex., (where Ashwell owns an inn called the Prairie by Rachel Ashwell B&B) — specialize in custom and ready-made furniture and repurposed vintage items such as tablecloths made from antique petticoats.

Ashwell has also penned seven books and is developing the Prairie into a retreat complete with its own line of branded merchandise. She is building a Web presence via the home entertaining site Cocodot.com, which launched its content and e-commerce component last week with a lush pictorial on the Prairie (exclusive Prairie-branded items sell on the site along with other home accessories).

But Ashwell wanted to grow the Shabby Chic empire she created 22 years ago. She linked with Target in 2004 for a line called Simply Shabby Chic. In 2009, she inked a deal with Los Angeles-based licensing company Brand Sense Partners to seek new partnerships and expand. Brand Sense developed a line called Treasures by Shabby Chic, which encompasses a full range sold on QVC, as well as a stationery and craft line for Michaels and a quilting line with distribution in independent stores nationwide. Separate from the Rachel Ashwell Shabby Chic Couture brand, the company licensed the Shabby Chic name to furniture maker Miles Talbot with national distribution in 100 stores.

This year, Brand Sense approached Ashwell about expanding into clothing, but she said, “I live in jeans and white T-shirts. My daughter has a better finger on the pulse of fashion so I encouraged her to do it. I have no part in the line apart from birthing her,” she laughed.

Lily Ashwell for Shabby Chic is produced by Pop Studio, a Culver City, Calif.-based design and production consultancy backed by Brand Sense. The younger Ashwell, who is 24, took the vintage prints she grew up with and reimagined them as rayon and double georgette dresses, plus knit and woven separates for a younger generation. Price points range from $60 to $275 at retail.

“I aspire to do for fashion what my mother does for homes,” said Lily, who was two years old when her mother launched her business. “It’s about creating atmospheres.”

The goal is for the line to be sold at wholesale to national chains and boutiques come spring. There will also be a place for it at Rachel Ashwell Shabby Chic Couture stores and possibly on Cocodot.com. Via a section labeled “Chic Host,” the goal is for the site to enter the fashion e-commerce business as well.

Said Rachel Ashwell, “At this stage in my career, I’ve narrowed my own focus, but the Shabby Chic brand has legs that hopefully will grow longer.”