Retailers were on a quest for items available for immediate deliveries. 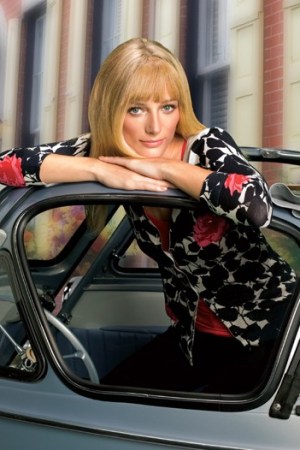 While the May version of ENK International’s Intermezzo show is typically a time for retailers to write their holiday orders, there wasn’t much of that holiday spirit in the air this time around. Retailers were on a quest for items available for immediate deliveries, great deals and something to lure consumers back into their stores.

The show, which ended its three-day run on Wednesday, was filled with retailers. Some seemed happy to find what they were looking for, while others left the Show Piers in hopes of finding more items elsewhere.

“I usually don’t come to the May shows, because I need to buy so close to season, but for me this has been a great show,” said Sharon Ettori, owner of Jeri James, a contemporary clothing and accessories boutique with locations in Acton, Mass., Glastonbury, Conn., and another opening soon in Milford, Conn. “There are tons of brands that are able to ship immediates, and people are starting to shop again, so I need items.”

While many exhibitors were hoping to work with retailers in order to drum up business, another buyer, Robert Keenaghan, from the Epic store chain, which operates about 20 stores nationwide, said he was hoping to find more at the show.

“It’s a great show, but it’s also very pricey, and in this economy I thought there would be more deals to be had,” he said. “We need premium product at a great price, and we haven’t been able to find that here.”

Paige Speyer, owner of Wink, a contemporary store in Washington which sells brands such as J Brand, Vince, Milly and Rebecca Taylor, left happy to find a good mix of accessories.

“I was hoping to find some good new resources for clothing,” she said. “I didn’t find much there, but did pick up some really great accessories.”

On the exhibitor end, designer Rebecca Minkoff’s booth was draped in a few of her new handbag styles. She said she was doing well with her new Knocked Up diaper bag in blue and orange leopard prints, which can easily be used as a gym bag and wholesales for $235. She was also booking her mini Morning After bags in bright neon shades of green, pink and blue at a wholesale price of $110.

“I’ve been working with a lot of new fabrics — like coated canvas — to try and keep the prices down,” Minkoff said of the handbags.

Just across the aisle, Minkoff was also showing her apparel line at Intermezzo for the first time. She said she was doing well with a washed silk dress in both black and purple, wholesaling for $205, as well as the basic T-shirts with leather-detailed pockets for $50. The collection, Minkoff said, has been selling well — having just picked up Kitson, Scoop, Shopbop.com and Isetan in Japan.

“People really gravitate toward good colors and a little bit of sparkle, which has been great for us,” said Tina Lichtenstein, a sales representative for the company.

“We’ve had to adjust to the times, and more than ever, people want value,” he said. “This is how we plan to stay one step ahead.”

Baker said he hopes to bring in about $10 million at wholesale with the new line, which wholesales between $35 for a top to about $55 for a jacket.

“I don’t plan for this to be a massive line, but rather a strong collection of items,” Baker said. “And that’s what we need in these tough times.”