As it wrapped its second season, the event faced challenges but also showcased talented designers. 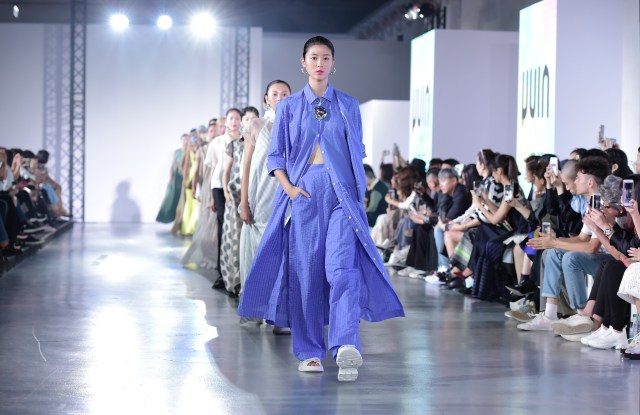 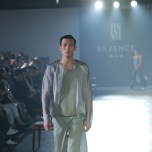 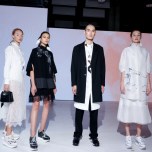 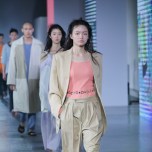 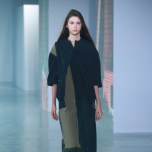 TAIPEI — After an initial showing last December, Taipei Fashion Week hosted its second season this month, showcasing the works of more than two dozen brands in a series of runway shows and a concurrently running trade show. And while there were challenges and areas for improvement that can be expected of any new event, there was also some promising talent.

“I was quite amazed in terms of finding new talents here,” said Kuo-Fang Yang-O’Connor, the Taiwanese-born founder of Y+O, a London-based luxury management consultancy firm that aims to help Asian brands expand their reach into the West. “I was rather proud to see that many young designers are able to follow the trends or even set the trends. I was rather pleased, and I really want to help them to get onto the international stage.”

Yang-O’Connor said one of the brands she was most interested in was Just In XX. The designer, Justin Chou, took lightly used shop staff uniforms from Nike and deadstock from Levi’s and transformed them into sustainable streetwear by cutting them up and splicing them together in unique and innovative ways.

Hanae Nakajima, buying director for Stripe Department, a Japanese e-commerce platform, and fashion director of Avec H, said she thought UUIN had a strong showing, with its elegant yet wearable dresses and separates. She also liked the variety of white blouses by Jamei Chen. Like other attendees, she noticed that many of the shows were plagued by a problem that is common among fledgling fashion weeks: they were too long, with far too many looks.

“I understand that designers want to show everything, but if they focused their collections a bit more it would be easier to understand what’s good about each brand,” Nakajima said. “The number of looks is incredibly high, but I think that actually makes it more difficult to communicate a concept.”

Livia Gregoretti, who runs a showroom in Milan, agreed, saying the sheer volume of pieces shown in most shows was just “too much.” Another challenge the designers face if they hope to sell overseas was creating styles that work with a variety of body shapes and sizes, she said.

“I think that their problem is a pattern problem,” she said. “But I think the study of materials, the fabrics were amazing.”

Two brands she found to be particularly beautiful were the men’s label Silzence and INF. Of the former she said she loved its simplicity and “pureness,” communicated through a series of sheer, softly draped pants, tank tops and duster coats in neutral tones. The latter showed an all-black collection for both men and women, accented with geometric patches of bright red and abstract lines of white stitching.

While she doesn’t work with any brands from Asian countries, Gregoretti said she previously worked with Shiatzy Chen, which is perhaps the most well-known name in Taiwan’s fashion industry. It also had one of the week’s biggest and best-attended shows, staged in a larger venue than the majority of the others. But while the pieces had a polish to them that would certainly appeal to the brand’s core customers, Gregoretti said its sizing is still not quite right for Western markets.

Tina Chiu is a local buyer who has been watching many of the participating brands for several seasons. As the manager of Eslite Spectrum’s creative platform and store development, she has been in charge of the multibrand store AXES since she joined the company four years ago. More than 90 percent of the labels the store carries are local, with just a few international accessory and perfume brands.

Of the brands that participated in the spring edition of Taipei Fashion Week, Chiu already carries Just In XX, IF&N, UUIN, Weavism, Dycteam, Fu Yue, Praxes, and accessory brand Darker Than Black. She said her store’s top-selling four brands are Just In XX, Jolin Wu, Fu Yue and IF&N. In the case of the latter two, the brands were so successful in her store that her company Eslite decided to offer them their own shop spaces within their retail complexes.

Chiu said that while many aspects of the week had improved over last year’s edition, there is still lots of room for improvement.

“For example, I think the layout of the show venue can be improved — some shows only had seats on one side, so it was difficult to see if you weren’t in the first row,” she said. “But I think the location of the venue is quite good because there are five warehouses together, but some shows were quite far away. So I think [everything] should be at the same venue or the same place.”

Chiu also said the public relations of the week should be stepped up in order to increase the buzz surrounding the event and to give it more of a fun, energetic atmosphere.

“In Taipei, only fashion industry people understand that we even have a fashion week,” she said. “So that’s a problem. I think we should improve the publicity to make it more exciting.”

Still, like Yang-O’Connor, Chiu praised the designers who presented during the week. But she said that while they have talent, many lack a business sense or commercial sensibility. To help with this, in August Eslite launched a management service in order to help young brands more easily navigate the retail world.

Of the brands she saw during fashion week, ones that Chiu would consider buying in the future included Oqliq, Shen Yao and Sabra Andre, which already has its own store in Eslite Spectrum.

Oqliq has been around for years as a men’s brand, but its first participation in Taipei Fashion Week marked the first time it presented a women’s offering. One of its designers, Kay Hung, described how she and her partner Orbit Lin used functional fabrics and subtle Chinese symbolism such as the yin-yang symbol to create softly tailored clothes that move with the body. It’s a collection that is perfect for bicycle commuters and other busy urbanites, but Hung said the brand also supports local artisans.

“Our clothes are made in Taiwan and sewn very carefully — not fast fashion. We want to keep the quality and support traditional skills,” she said. “Taiwan has a big, big gap because the young people cannot practice [traditional skills]. It’s very difficult. Our methods are very old methods, and the skill is very good.”

Overall, buyers agreed that while Taipei Fashion Week is experiencing many of the growing pains that can be expected from such a new event, it’s still worth continuing in order to nurture the talents of young and up-and-coming designers. As for the designers, more exposure can never be a bad thing.

As Hung said, “I’m just very excited, because we can finally present our clothing to Taipei’s people.”