Tale of a Shirt: Frank & Eileen 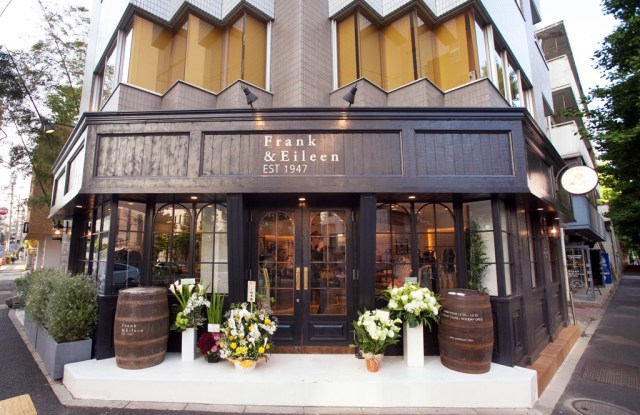 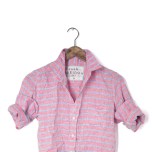 The five-year-old company, on track to generate $12 million in wholesale volume this year, launched an e-commerce Web site this month and just opened a 500-square-foot store in Tokyo with partners called Frank & Eileen Shirt Pub that, in addition to selling shirts, offers free beer on tap. The company plans to move into a new 6,500-square-foot Los Angeles headquarters this month at 843 South Los Angeles Street, which will be designed as an old Irish farm house. The office will be home to the company’s three employees.

The company, which is headed by founder and designer Audrey McLoghlin, exclusively makes women’s and men’s button-down shirts. Produced of Italian fabrics, the line is manufactured entirely in Los Angeles. The women’s shirts have a very sexy fit and are curved through the waist and back.

The women’s and men’s shirts are sold at stores such as Ron Herman, Fred Segal, Barneys New York, Neiman Marcus and Seaside Luxe at the Four Seasons Hotels. Wholesaling from $77 to $86, the shirts come in Italian poplin, linen, flannel, indigo denim, brushed cotton and oxford. Designs include checks, dip dyes, florals, stripes and solids. Women’s sizes range from extra small to extra large, and the shirts are deliberately wrinkled. The men’s range is from small to XXL. The men’s shirts aren’t deliberately wrinkled. In Japan, the most popular size for women is XXS.

Named after McLoghlin’s grandparents, who were born in Ireland, Frank & Eileen is repped in New York by CD Network at 537 West 25th Street. The label says, “Frank & Eileen Est 1947,” which is the year her grandparents married.

McLoghlin said that if people take selfies wearing Frank & Eileen shirts and hashtag it #sharethelove, #madeinSunnyCalifornia or #frankandeileen, they will pop up on photo-sharing part of the company’s Web site.

The launch party for Frank & Eileen Shirt Pub in Tokyo – designed as a traditional Irish pub – was complete with an Irish band and Irish dancers, Guinness beer and fish and chips. On opening day, the store did $50,000 in volume with more than a one-hour wait for the fitting rooms. The brand’s partner in Japan is Sazaby League. There are no plans to open stores in the U.S., unless they find a partner who would handle the retail.