The brand's evolution into a full-fledged lifestyle brand for men, women and children is top of mind for Timo Schmidt-Eisenhart. 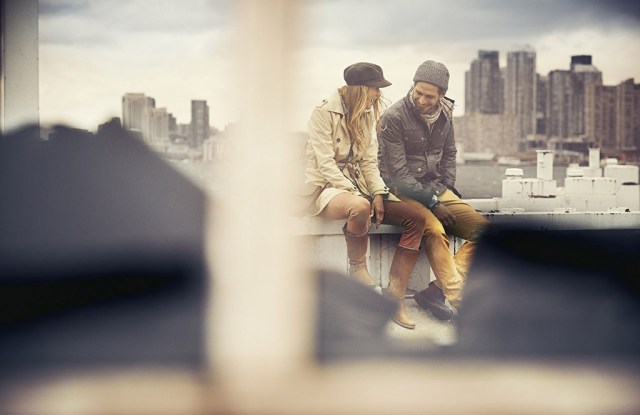 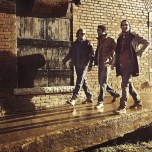 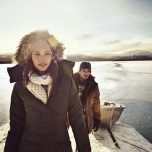 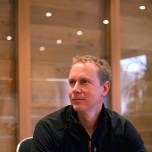 MILAN — Timberland’s evolution into a full-fledged lifestyle brand for men, women and children is top of mind for Timo Schmidt-Eisenhart, who joined the brand as vice president and general manager for Europe last June.

In an exclusive interview, Schmidt-Eisenhart expressed what he considers a “realistic” point of view, while remaining unfazed by the challenges in the European market. Unlike several competitors, Timberland is performing well in the region, said the Swiss-German executive.

“We are not just surfing along, we are in a good place,” he said.

The company plans to open 30 franchised stores and four directly operated units in Europe this year. There are currently 537 doors in the Europe, Middle East and Africa region. In the European Union, there are 298 Timberland stores, of which 244 are franchised.

A veteran of The North Face, also part of Timberland’s parent company VF Corp., and, prior to that, an executive at Nike, Schmidt-Eisenhart is leveraging brand awareness to develop Timberland. “We have a very strong starting point, as the company was successfully built over 40 years by the founding Swartz family. The brand is strong and healthy,” he said. “We are staying true to that heritage, we can’t destroy that, but we can expand the brand through the synergies on the back end with VF. Timberland can incredibly benefit from our supply chain platform.”

Schmidt-Eisenhart identified the three pillars of growth in the men’s and women’s footwear categories and the apparel division. The majority of business comes from footwear, he said, declining to provide a precise figure. “In terms of style, the apparel line will have to look and feel true to Timberland,” he said. The fall collection will make its debut “with a big bang and dedicated events” as the company marks its 40th anniversary in 2013. In addition to boosting its advertising campaign, Timberland will produce “tailored, dedicated collections,” such as limited-edition boots.

“This is all big for us. It’s a fine line to bring forward a brand with a more modern touch, while staying true to it,” he said. “We’ve seen examples where brands got destroyed. I truly believe Timberland will come out much healthier.”

An international team of 54 employees is working on the design and development at Timberland’s International Design Center in London. “The plan is to expand that group. We feel that the first collection that will reflect this investment is spring 2014, although we have moved on also for the fall 2013 season,” noted Schmidt-Eisenhart. He added that Timberland is aiming at a “total look” line, targeting the same footwear consumer who “identifies” with the brand, positioned at a “good healthy price point,” without any aspiration to be considered high fashion. Quality remains paramount. “For example, our leather jackets are of the highest quality, there’s nothing cheap about them,” he explained.

Women’s footwear will shift beyond outdoors, with “more feminine designs and nice finishings.” Schmidt-Eisenhart remarked on the “tremendous opportunity to grow the men’s market share,” while noting that the plan is to expand “all genders with 360-degree looks, full head-to-toe, men’s, women’s and children’s” in less than a five-year-period.

Sustainability remains a priority. “This was part of Timberland’s values, and we are staying true because of that, and because it’s the right thing to do,” he said. One example is the use of recycled fishing nets on pockets.

Schmidt-Eisenhart stressed that “there is a very clear model within VF, so that all front-end marketing and sales are completely independent, avoiding any interference, each brand is distinct.”

VF Corp., which also controls Wrangler, Lee, Vans, Seven For All Mankind and Napapijri, among others, reported sales of $1.5 billion in 2011. Timberland added $713 million to revenues in 2011. The European branch is based in Wexham, U.K.

Schmidt-Eisenhart said the majority of Timberland’s revenues today comes from outside of the U.S., declining to provide more details.

“In gross revenue terms, the majority of revenues comes from wholesale. Wholesale is a big portion, we are not neglecting that, but monobrand is a very important chain to showcase the label and tell our story, so we are fueling this distribution vehicle, too,” said Schmidt-Eisenhart, adding that the company is refining the brand’s store concept without any dramatic changes.

“For the time being, we are sticking to the same store format we have. We are not going from wood to iron metal, just as we are not introducing stiletto heels for women,” he added with a chuckle.