The lifestyle brand has been hitting home runs with its limited-edition sportswear collaborations and event sponsorships. 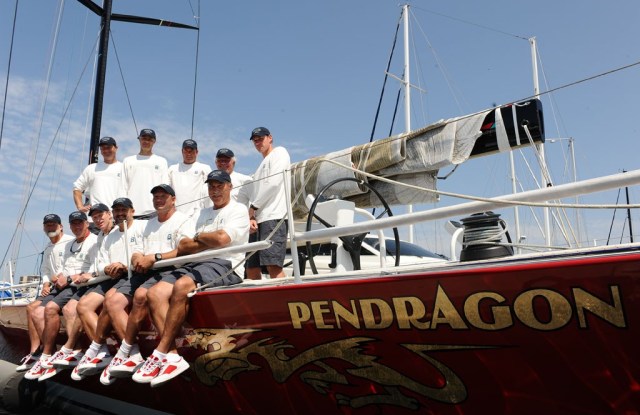 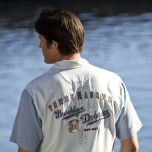 Tommy Bahama is on its game.

In 2009, the lifestyle brand best known for its men’s casual apparel broke into the sports scene with special edition woven shirts tied to the World Series. The shirts turned out to be a home run — 500 quickly sold out — leading Tommy Bahama to deepen its relationship with Major League Baseball and seek sports partnerships beyond the diamond.

“These associations with sports teams and events have really struck a chord with our customer and have brought us new customers as well,” said Mark Jensen, Tommy Bahama’s manager of sports marketing.

Since its initial foray, the company has introduced an average of six to eight limited-edition baseball shirt styles annually. Priced at $250 and featuring team logos, the shirts have numbered labels and come with certificates of authenticity.

This baseball season, there were shirts for the New York Yankees, Detroit Tigers and Texas Rangers, as well as an All-Star Game variety released in May. A Fenway Park shirt to celebrate the historic ballpark’s centennial started selling in April. The number of shirts produced per team averages around 500.

“We started with teams that we felt our customer was most familiar with and we select new teams each year,” said Jensen. “Our goal is to [ultimately] produce a collector’s edition shirt for each team in the MLB.”

Tommy Bahama isn’t just sticking to limited-edition baseball shirts, though. It has expanded its baseball repertoire into a larger assortment of MLB-themed sportswear for all 30 teams, including knit track jackets, sweaters, polo and camp shirts. The sportswear retails from $118 to $175, and is carried at Nordstrom, Lord & Taylor and other specialty stores.

The success of its baseball apparel convinced Tommy Bahama executives that it could have a bigger presence at baseball stadiums. It opened the first 250-square-foot in-stadium Tommy Bahama store this year at Yankee Stadium. The shop also has a bar that serves signature Tommy Bahama cocktails. Tommy Bahama also sells its team sportswear at stadium shops across the country such as AT&T Park in San Francisco, Wrigley Field in Chicago, Coors Field in Denver, Citizens Bank Park in Philadelphia and Nationals Field in Washington.

Executives declined to reveal the revenues generated from its sports tie-ins, but the company has deemed them valuable enough to pursue opportunities in a number of sports.

“We use sports sponsorships primarily as a marketing tool in an upscale environment,” said Jensen. “By sponsoring in this manner, we get to collaborate with each sponsor instead of merely advertising with them.”

The brand also sponsors a series of charity golf events from Florida to California to Hawaii.

It created a custom collection for last year’s Transpac Yacht Race in Long Beach, Calif., and anticipates doing so again in 2013.