There was one primary focus: how the changes in pricing and vendor structure at J.C. Penney Co. Inc. will affect the rest of the industry. 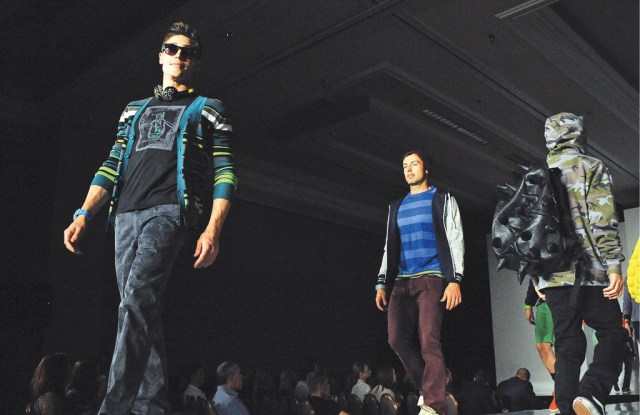 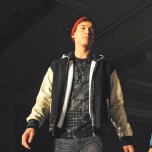 LAS VEGAS — The mood was optimistic on the opening day of the MAGIC and Project trade shows, but there was one primary focus: how the changes in pricing and vendor structure at J.C. Penney Co. Inc. will affect the rest of the industry.

“It’s a real game-changer,” said one high-ranking executive from a competing department store, who requested anonymity.

Most retailers were taking a wait-and-see attitude about Penney’s, but were keeping a close eye on how the American shopper will respond to new chief executive officer Ron Johnson’s dramatic shift away from promotional pricing.

“I’m really curious to see if the consumer is ready for it,” said Doug Ewert, ceo of The Men’s Wearhouse Inc. “As a retailer used to running an everyday value business which is now promotional, I hope it works.”

Burton Krieger, president of Boscov’s, was also keeping a watchful eye on Penney’s. “There’s a lot of conjecture out there about the Penney’s plan,” he said. “That’s the big question.”

Another department store merchant said of Penney’s: “We’re watching it very closely. It’s good for us in the short term, but we’ll have to see how it plays out in the future.”

Most retailers weren’t ready to shift their business model to respond to Penney’s just yet. Instead, they were prepared to scour the aisles of the trade shows blanketing Vegas to ensure their assortments for fall were on trend and would continue to lure the customer into their stores after a solid holiday season and a strong start to spring.

Among the top trends in the men’s market were updated military looks; a continuation of outdoors-heritage; a mixing of fabrications; the heavy use of tweeds, velvets and corduroy, and lots of leather, suede and shearlings, according to Tim Bess, men’s fashion trend analyst for The Doneger Group. He also singled out “shaggy” pieces, such as hairy yarns and plush fabrications, along with sweater knits, fur trim and autumnal colors as among the top looks for fall. In terms of key items, it’s the three-piece suit, double-breasted jacket, overcoat, white shirt, vest, slim-fit trouser and heritage bag that should be on every shopping list, he said, as retailers map out their buying plans for the rest of the year.

Durand Guion, vice president and men’s director for Macy’s Inc., said: “Six months ago, we were somewhat optimistic and today we’re upbeat and looking forward to coming to the shows and concentrating on our game plan, which is to find newness and confirm the trends and go after them. We’re past the uncertainty now. The customer is more interested in fashion, trends and fit. He’s definitely not just replacing items, but adding them.”

For Macy’s, the top trends for fall include the evolution of the varsity-collegiate trend so it’s “not as preppy. We’re also looking for a resurgence of dress-up,” with three-piece dressing and slim fits leading the way. Guion also sees growth in dressier woven shirts as well as accessories such as hats, bags, jewelry and novelty socks. Denim vests and jackets are also opportunities, he believes. David Zant, executive vice president and general merchandise manager of men’s for Belk Inc., said of 2011: “We had a great year. We were pleased with our overall business and our men’s business. And we’re off to a good start in February.” He said better collections, premium denim and young men’s were the drivers so far; however, the warm weather put “pressure on outerwear and seasonal accessories.”

He said because Belk has had good sales the past two years, the challenge is to continue the momentum this year. “But overall, we’re confident and the inflationary pressure has eased, so that should help, too,” said Zant.

“The beat seems to be good for spring,” said Boscov’s Krieger. “It started off strongly and the customer seems ready to buy.”

Conrad Symanski, president of Beall’s Outlet, said sales at his Florida-based company were helped by the mild winter. “We’re transitioning to spring faster than ever,” with short sets, short-sleeve knits and knitwear all getting “good early reads.”

He was looking to fill in for summer and get a feel for fall. The store’s “single biggest need” was in activewear such as technical tanks and running shorts.

Scott Collins, vice president and gmm of DTLR, said after a soft fourth quarter, business in February is “crazy.” Top performers include premium footwear and urban brands such as LRG. “The consumer is ready to try something new and that’s what we’re out here looking for.” He was especially excited about the addition of Trukfit, a new men’s apparel line from Lil Wayne. He was also shopping for updated T-shirts and jeans.

At Men’s Wearhouse, Ewert said 2011 was good and “we have good momentum heading into 2012. Hopefully the European situation won’t spoil that.” At the shows, he said big and tall merchandise and “modern fit” clothing were “the primary focus for our merchants in Vegas.”

A positive outlook has pervaded women’s as well. Adam Bernhard, ceo of Nordstrom Inc.-owned flash sale Web site HauteLook, said, “HauteLook is coming off of the best holiday season we’ve had in the company’s history. Our business continues to grow each day, especially in mobile and tablet shopping.…We’ve been off to a strong start in Q1 and expect that to continue into Q2.”

Annemarie Dillard, director of contemporary sportswear for Dillard’s Inc., said, “It is getting a lot more optimistic. I don’t know that we have recovered from where we have been, but the customer seems willing to buy things that she likes.” She continued, “When we do have something fantastic and unique, we can see fantastic returns on that. It is really indicative of how we see our selling. If she doesn’t want something, it doesn’t matter how much we mark it down, it doesn’t seem like we can sell it. She really wants special things.”

With their prospects sunnier, women’s retailers expressed a greater willingness to take chances on new brands. “We are pretty careful about trying to budget when we are testing out new brands, but, with our growth, we have much more resources available, and so when we are going into these shows, we are able to pick up new brands and not only are seeing our [existing] brands that are here, but getting to browse,” said Jeni Ni, women’s buyer for online streetwear retailer Karmaloop.com.

Ni explained Karmaloop, which is launching a women’s apparel Web site in the summer at Misskl.com, is expanding beyond streetwear and has had success with trendy fashion brands like Style Stalker in doing so. “We have seen their growth jump 200 percent,” said Ni of Style Stalker.

For new and more established brands, affordability remains crucial to shoppers. Although Ni said Karmaloop.com is dipping its toes into more expensive lines, she noted lower price point items are continually popular, including dresses retailing for between $36 and $60. “The holiday retail season showed that consumer appetite for deals has definitely not abated at all,” said Bernhard, adding, “We don’t anticipate that changing throughout the year. Consumers have come to view discounts and comparison shopping as the new norm.”

When it comes to trends, buyers pointed to neon and pastel colors as the highlights for spring, especially in bottoms that are spanning the color spectrum. At Gojane.com, an online retailer aimed at 16- to 24-year-old shoppers, buyer Kurt Kimora said tangerine and sea foam green are important spring hues. “For spring, I think we need some energy,” he said. “Anything muted or having to do with fall isn’t coming through. Anything fun and bright right now is selling very well.”

Bright colors won’t disappear as the year goes on. Dillard expects shoppers will pair traditional darker colors with more vivid colors come fall. “Somebody [will be] wearing a bright red skinny jean, but with a burgundy top or a hunter green top with a brightly colored bottom. Everyone is still loving color,” she said. “I am liking the excitement and giving her a new reason to buy. No one needs another pair of black pants.”

Bernhard said the preppy tomboy look will be significant in the fall, and key pieces for the look are crewneck sweaters and demure skirts. “The look will be more feminine than we’ve seen in past seasons. Color and print are still big for fall, with increasing emphasis on bold, even retro prints like paisley,” he said.

Ni warned that it’s harder to pin down an overarching trend than it might have been in the past. “Shoppers are going to be looking to blend. There isn’t a specific genre that girls are looking for now. A girl isn’t just Goth or preppy. She can be rocker one day and a schoolgirl the next,” she said. “It is very mix and match.”