Staging a successful trade show requires more than picking the right dates and a convenient location. 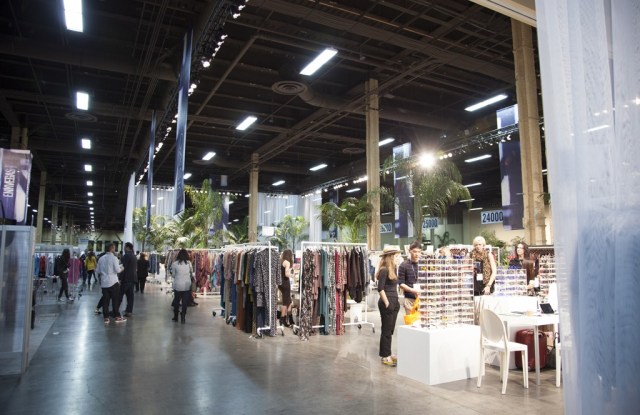 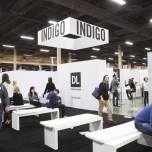 LAS VEGAS — Staging a successful trade show requires more than picking the right dates and a convenient location. Organizers of more than a dozen fairs that will be held in Las Vegas this August realize that they also must approach their shows like retailers, forge a stronger connection between vendors and buyers, and promote their own brand around the world.

This story first appeared in the June 18, 2014 issue of WWD. Subscribe Today.

Kicking off Aug. 17 and stretching over five days, the expos will attract attendees who are searching for apparel, footwear and fabrics, and the factories that make them. While some show executives wish that the economy could be better, others are optimistic that the industry has bounced back from the Great Recession. The result is a big gap between companies that are struggling and those that are quickly expanding.

“I’m astonished by how wide the gap is,” said Aaron Levant, founder of Agenda trade show. “Some brands are slow and others are growing by double digits.”

Thousands of brands will arrive in Las Vegas, where some will aim to make lots of sales and others will use it as a marketing venue because their deadlines for orders have already passed. MAGIC Marketplace, which includes the namesake men’s show and women’s counterpart WWDMAGIC, as well as ENK Vegas, Project, Pool, WSA @ MAGIC, FN Platform and Sourcing at MAGIC, will occupy opposite ends of the city at the Las Vegas Convention Center and Mandalay Bay Convention Center. Modern Assembly, the year-old consortium comprising Liberty Fairs, Agenda, AccessoriesTheShow, Stitch, MRket and Capsule, will take over the Sands Expo and Convention Center and adjacent Venetian Hotel. CurveNV also will be at the Venetian, while WomensWear in Nevada will have its usual spot at the Rio Hotel.

Some shows will move to new locations and undergo makeovers. After fielding complaints about its location in the Mandalay Bay’s basement during last February’s show, Pool is moving its 200-plus art-driven brands to the second floor next to Project’s streetwear-centric Mvmnt show. Project and ENK Vegas will redesign booths that incorporate raw wood, industrial metal and white fabric walls that climb eight feet high to allow for more products to be displayed.

The trade show organizers approach their planning like retailers because many of them came from their ranks. Both Spencer and Tommy Fazio, president of Project, previously held senior fashion positions at Bergdorf Goodman. Michael Macko, a former vice president at Saks Fifth Avenue, partnered with MRket to curate 25 brands, such as Boga and Ministry of Supply, for its Vanguards Gallery area.

While Spencer parlays her experience in collaborating with designers for ENK Exclusives, which will return for a second time with one-of-a-kind items reflecting a vintage Hawaii theme, Fazio arranges the exhibitors in Project and its ancillary Tents, Tomorrow, Mvmnt and Groom sections as if he’s merchandising a store.

“In spending a lot of my years in retail and scouring the world for brands; what I focus on is making this show shoppable,” he said. “The merchandise of the show has gotten much tighter, more in the line of a retail store instead of a trade show.”

Similarly to how in-store shops proliferate within department stores and megaboutiques, the sprawling trade events will feature new shows-in-show this August. With accessories brands making up a third of the 600 vendors expected at its next edition, ENK Vegas will introduce a zone called Accessories to house the brands that specialize in jewelry, bags and footwear. Capsule will offer 10 spaces under its Gallery concept for labels and showrooms that prefer to customize their booths and need more room.

At WWDMAGIC, a new designer swim area will premiere with a dozen brands, including first-time WWDMAGIC exhibitors Luli Fama, Frankies Bikinis and L Space. This new swim section will be separate from the one WWDMAGIC operates with International Swimwear-Activewear Market. For the debut of Quest, Liberty Fairs chose some 25 European and American brands — including Olaf Hussein, Aspesi and Umasan — that, it believes, set the industry standard for men’s wear. Rather than focusing on a country as in past shows, Sourcing will place a spotlight on the denim category, bringing 90 factories — like brand-new exhibitors Jeanologia and Pizarro — that handle cut-and-sew, washes, weaving and treatments for denim.

There are also returning features within the expos. ENK Vegas is bringing back Oasis for its third run with some 30 brands. Pool will host more than 40 accessories makers in its Cash and Carry site. Hal Rubenstein will curate and host WWDMAGIC’s contemporary fashion show for the third time.

Moreover, it’s crucial for the fairs to think outside of the box, namely the convention centers. Project and Fazio recently hosted their first dinner in Southern California for guests including actor Teddy Sears, blogger William Yan and stylist Ashley Weston to meet men’s designer Todd Snyder in a picturesque garden just two blocks away from the beach. Pool relaunched its Swim Lessons seminars in Los Angeles last summer to prepare vendors before they participate in a show.

“You’d be surprised how green they can be,” said Alli Johnson, Pool’s show director.

Executives also need to cross borders. Chris Griffin, president of WWDMAGIC and Sourcing, recently visited Japan and Vietnam to attract fashion designers, denim mills, shirting fabric makers and other companies. “The world has gotten smaller and we’ve got to be out there,” he said.

Liberty Fairs is also hitting the road. Following a tour of New York and Brooklyn boutiques like Odin and Brooklyn Circus last January, it will host more than a dozen brands such as Flying Horse Jeans, Daily Paper and Tzuji for a meet-and-greet with what it regards as Los Angeles’ best retail stores, including Just One Eye, Maxfield and Union, just three days before the Las Vegas expo. By making these introductions off the trade show floor, Liberty Fairs hopes to make a personal connection between vendors and buyers.

“Most business is being done by personal relationships,” said Liberty Fairs founder Sam Ben-Avraham. “We want to be more than a trade show. We want to be a community.”

Technology can play a pivotal role in making connections. Agenda is offering a free app for its Targeted Attendee Program to up to 800 buyers, or less than 10 percent of the total attendees. In addition to flagging new brands or innovative products at the show, TAP also will suggest five to 10 appointments, which can be tracked with the app. Unveiled at its Long Beach show last January, TAP enabled 850 meetings between exhibitors and buyers from department, chain and independent specialty stores, Levant said.