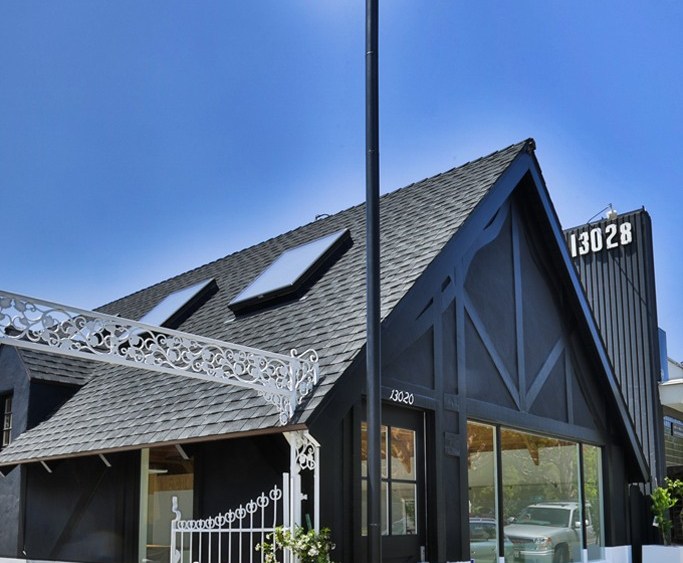 After 15 years of sitting on the retail sidelines, Southern California contemporary brand Velvet has jumped with two feet into the brick-and-mortar fray with store openings today on San Vicente Boulevard in Brentwood and in August on Abbot Kinney in Venice.

“We started thinking about retail a while ago. If the economy was stronger, we would have had it three or four years ago, but we feel our timing is good with the recovery,” said Henry Hirschowitz, chief executive officer of Velvet. “There is no intention to go crazy and open a hundred doors. It is going to be a calculated expansion.”

Velvet explored various retail streets, particularly Melrose Avenue and Melrose Place, in Los Angeles before deciding on its 1,500-square-foot store close to the Brentwood Country Mart in the former location of Pulp & Hide Candy Alley, a candy shop that was in business for more than 30 years. “I used to come here with my kids when they were little to buy candy. I would have never in a million years back then expected to land here,” said Hirschowitz. “It is in the heart of where the Velvet customer lives.”

Velvet was opportunistic when choosing the 1,250-square-foot Venice location neighboring the bustling Intelligentsia Coffee & Tea. It wasn’t in the brand’s initial retail plans, but Hirschowitz said there “was no hesitation” about snatching it up when it became available. “It was a spot in the middle of the street. It was too good to pass up,” he explained. “Abbot Kinney is certainly becoming more vibrant, and we wanted to participate in the street.”

Designed with L.A. architectural firm Johnston Marklee, which handled the Maison Martin Margiela store in Beverly Hills, Velvet’s Brentwood store concept will serve as the template for future units. Adhering to a clean, minimalist approach, black and white dominates the store’s color palette, with the interior walls and flooring awash in white, and roughly four-fifths of the exterior black with a band of white covering the bottom one-fifth. Light plays a prominent role and floods the store out of a dozen or so skylights, a sizable front window and a back wall constructed of glass.

“It is an L.A. brand, and the open, easy feeling of the store captures that,” said Hirschowitz.

With glass bookending the store, it’s possible to view the entire expanse of the space from the outside. The merchandise is positioned to elevate the impact of that view. On the east side of the store, Velvet’s pieces are arranged by color on railings that run the length of the entire wall to create an ombré effect. On the west side of the store, mirrors reflect the merchandise on the opposite side. Also in the store are table displays made from plywood appearing both naturally and painted white, and floating boxes out of the same material housing two changing rooms, offices and a restroom.

The women’s assortment is presented at the entrance of the store, while men’s is at the back. A kid’s collection is being introduced exclusively for Velvet’s retail. Overall, Velvet produces 120 to 130 styles a season and uses 12 different fabrications. About 80 percent of the brand’s manufacturing is domestic. Retail prices are primarily from $40 to $250. Aside from the Velvet merchandise, the store will stock jewelry from See Real Flowers, Melissa Joy Manning, Vanessa Lianne and Renee Sheppard, with whom Velvet is collaborating on pieces launching next month.

Hirschowitz anticipates Velvet stores will generate $1,000 a square foot in annual sales. New York is a possible upcoming destination for a store. Despite the expansion into retail, Hirschowitz doesn’t foresee Velvet’s business model changing dramatically. “We’ve always been true wholesalers and will remain so. It [retail] will help us by allowing us to test products,” he said. “I don’t have a number for how much retail we should have at this point in time.”

Velvet is available at 1,000 wholesale doors, including Neiman Marcus, Nordstrom, Saks Fifth Avenue and Bloomingdale’s, where five Velvet-dedicated soft shops based on the brand’s retail concept ranging from 150 to 300 square feet are in the works. The online segment has been the fastest growing for the brand, with sales increases of 50 to 60 percent year-over-year. E-commerce Web sites Shopbop, Revolve Clothing and Piperlime carry Velvet.

Velvet’s creative directors Toni Spencer and Jenny Graham founded the brand in 1997. In 2011, New York private equity firm Snow Phipps acquired a significant stake in Velvet for an undisclosed amount. Velvet’s annual sales are in excess of $50 million, according to Hirschowitz. About 25 percent of its sales come from Europe, where Velvet has 14 distributors. “We’ve had good, positive growth in the last year,” said Hirschowitz. “We continue to project double-digit growth over the next 12 to 18 months.”