With its initial public offering just around the corner, Vince is stepping up its international game. 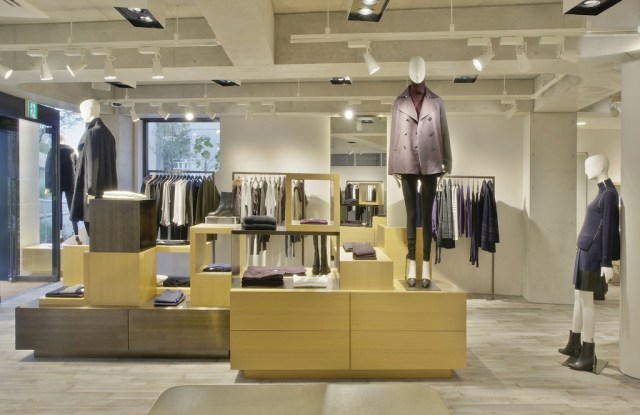 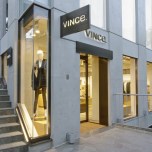 NEW YORK — With its initial public offering just around the corner, Vince is stepping up its international game.

On the agenda: freestanding stores outside the U.S. for the first time, forming overseas partnerships for brick-and-mortar and wholesale growth, accelerating in-store shop development and establishing a showroom in Paris.

The brand’s first international store opened Oct. 17 in Tokyo. The second will open in Istanbul by the end of the first quarter of 2014. Both are licensed units.

“We have created a long-term strategy for international,” Jill Granoff, chief executive officer of Vince and its parent company Kellwood Co., told WWD.

“First, we want to increase penetration in our key existing markets — Canada, the U.K. as well as Japan and Korea,” she added. “In addition, we are selectively entering new markets. Our strategy is to increase wholesale penetration and selectively open shops-in-shop and a few freestanding stores. We are looking at major metro markets around the world, always on high-end fashion streets or neighborhoods as well as A-plus malls. We want to be adjacent to top designer brands and advanced contemporary brands. It’s a multiprong approach with multiple formats in multiple markets. We want to convey that we are on the move.”

Vince launched in the international marketplace in Japan in 2005 with Itochu Corp. Over the years, distribution expanded to Isetan and Mitsukoshi in Japan and other retailers around the world. Currently, Vince sells in 43 countries with 537 points of distribution at high-end department stores and specialty stores.

“Shops-in-shop showcase the brand in a better light,” said Rebecca Damavandi, group president, global business development. Installing them depends on what the host retailer can provide in terms of space and adjacencies. Currently, there are eight shops-in-shop overseas, including six in Korea and one each in Holt Renfrew in Toronto and Harvey Nichols in the U.K. Two more are scheduled to open this year, in Hankyu in Osaka and Harrods in London. Distribution also includes Barneys Japan, Lane Crawford, Matches, Bloomingdale’s Dubai, Tsum and Liberty. Vince does not operate shops-in-shop via the leased or concession model.

Tokyo was picked for the first freestanding store because Vince has “a loyal customer” in Japan, the executives said. The unit is operated by Itochu and Toray Diplomode, in what Granoff described as a “great shopping location near Louis Vuitton, Céline, Carven and Chanel — basically all the luxury players are in that area.”

Vince recently signed with two new distribution partners in Benelux and Scandinavia to get Vince into more retail doors and possibly to open freestanding stores. “Those are big growth territories for us,” where the focus will be on wholesale distribution at least initially, Granoff said. “We have had broad distribution in Europe for a long time. Scandinavia and Benelux rounds out the distribution model.”

In 2012, Vince’s international revenues accounted for 8 percent of total sales. For the first six months of 2013, international is tracking at 10 percent of sales. Vince’s total volume, at retail, was about $500 million last year. “We are seeing some nice traction and momentum in the international marketplace,” Granoff said.

From country to country, there’s not much change in the product, Damavandi said, with the exception of the range of sizes, including offering double extra-small, which is particularly relevant for Asian markets. The contemporary brand continues to add categories, with kids in the works for next fall, and has been elevating its fashion recently with some edgier, higher-priced items like fur jackets, to augment core offerings such as sweaters, T-shirts, tanks, leggings and ponte pants.

In Paris, “We are looking to open a showroom to really get our European growth going quickly,” Damavandi said. It’s expected that one will open next year. Vince has just has one showroom, in New York.

The contemporary brand was founded in 2002. Vince executives declined to discuss the IPO ahead. It’s expected to happen within a matter of weeks. In the U.S., Vince executives have also been talking up its retail agenda. The company will open its 22nd full-price store by yearend at Columbus Avenue and 71st Street in New York.

The international expansion comes as Vince is seeing a change in its creative team. Doo-Ri Chung has left the brand to return to New York, while Karin Gregersen, Vince’s president, will add the title of chief creative officer. She oversees all of Vince’s creative functions, including design, merchandising and marketing, as well as wholesale operations.