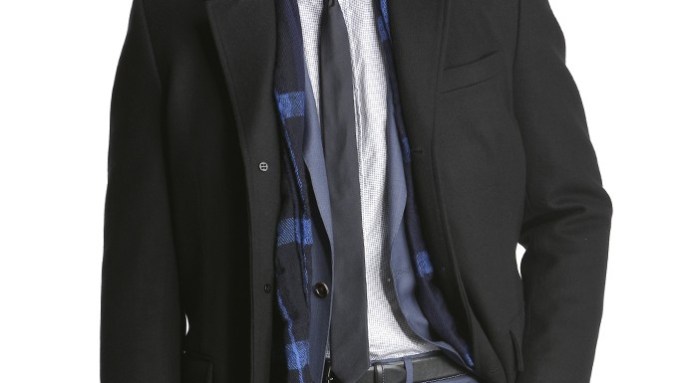 After a lifetime in the women’s business, Vince Camuto is ready to tackle the men’s market.

Camuto is launching a series of men’s categories for his brand, beginning this fall. The men’s line builds on a women’s Vince Camuto business that made its debut as a full lifestyle collection in 2009.

This fall, Vince Camuto is introducing men’s outerwear, footwear, watches, fragrance and socks with multiple license partners, followed by sunglasses in early 2013. Next September will come a full-scale apparel collection via licensee Itochu Prominent USA, including tailored clothing, sportswear, dress shirts and neckwear, with formalwear to be added in 2014.

“We’ve always given women great value and style and if we can do the same for men, we think it’s a home run,” said Camuto, chief executive officer and chief creative officer of Greenwich, Conn.-based Camuto Group, which up until recently has been known mostly as a shoe resource. “I’ve always believed that it’s not fair to say, ‘If you can’t spend $2,000, then you can’t have style.’ If you can use the right materials and do it correctly with the right people, there’s no reason you can’t make a great suit for $500 with the right style and the right fit and the right shape.”

Optical frames and sunglasses are licensed to Colors in Optics, with product launching at retail in January for $59 to $79.

The Vince Camuto brand, which started as a small group of women’s shoes in 2005, was propelled to major growth in 2009 when Camuto decided to turn it into a full-fledged lifestyle collection, including an e-commerce site. The company added licensed women’s handbags, outerwear and belts in 2010. The offering grew into women’s sportswear, sunglasses, jewelry, fragrance, home, cold weather products and swimwear in 2011, the same year the company opened the first Vince Camuto stores, both domestically and internationally.

The women’s Vince Camuto brand will ring up about $500 million in retail sales this year and could reach $1 billion within three years, said Camuto. He’s thinking big numbers for the men’s counterpart, as well. “If everyone does their job, we think men’s is eventually a billion-dollar brand globally, as well,” he said.

While the figures are ambitious, Camuto has a track record to back up his lofty goals. He cofounded Nine West in 1978, grew it to prominence and sold it to The Jones Group in 1999. Following the expiration of a non-compete agreement, Camuto founded Camuto Group in 2001, which he built up with exclusive lines for retailers such as Dillard’s.

Today, the company owns the master footwear license for the Jessica Simpson brand and has a partnership agreement to produce all footwear for Tory Burch, including the cash cow Reva ballet flat. Additionally, Camuto Group produces Banana Republic footwear and holds the BCBG and Lucky Brand footwear licenses.

The core of the new Vince Camuto men’s business is expected to be Itochu’s sportswear, tailored clothing and dress furnishings. “We’re looking for Vince Camuto to be our anchor brand. It allows us to showcase all the product categories we have experience producing and sourcing,” said Dan Orwig, vice president and director of men’s wear at New York-based Itochu Prominent, a division of Japan’s Itochu Corp. “The business will be driven by the collection sportswear and we’ll build the other categories around it. We think the Vince Camuto brand name is perfect for a men’s clothing line and saw a great opportunity for it to be priced between the better designer collections above and the fast-fashion retail brands below.”

Itochu Prominent manufactures tailored clothing and dress shirts for a number of major U.S. retailers and men’s wear brands. It also owns and operates the LeSportsac business, has license deals for Perry Ellis tailored clothing and produces for the Chester by Chester Barrie label in the U.S., which is owned by a U.K. division of Itochu.

Itochu is building out a dedicated showroom at 1411 Broadway in New York to showcase the Vince Camuto lines. Instrumental in bringing the project to fruition was Al Moretti, vice president of brand development at Itochu Prominent and a former group president of dress shirts at PVH Corp.

Sourcing for the Vince Camuto apparel will be primarily in Itochu’s partner factories in China.

“It’s a modern look that isn’t over-the-top,” said Camuto of the contemporary looks on display in his Greenwich showroom. “You can wear it casual or you can wear it to work. The fit is slimmer without being too slim. The jackets are shorter and the ties are narrow.”

Vince Camuto is targeting its existing retail partners, including Nordstrom, Macy’s, Dillard’s, Lord & Taylor and The Bay for the various men’s product lines. About 70 percent of the business will likely be in department stores, with the remainder in independent specialty stores.

“We’re going to limit it in the beginning and not make it huge. We’d rather build it up and it could be in 250 to 350 doors at the start. We’re going to build it strategically,” said Camuto, who is working closely with his 23-year-old son, John Camuto, manager of operations at Camuto Group, on the men’s launch.

There are five Vince Camuto freestanding stores in the U.S., including units in SoHo and Grand Central Terminal in Manhattan; the Americana in Manhasset, N.Y.; Wheatley Plaza in Greenvale, N.Y., and Woodbury Plaza in Plainview, N.Y.

Overseas, there are 30 stores in international markets operated by local partners, with plans to grow that figure to 75 stores by next year.

The men’s footwear and watches are now being stocked in the Vince Camuto stores. “We’ll either have to make room for the men’s apparel when it launches next year or do separate men’s stores. We don’t want to crowd the stores,” said Camuto.

Next week, another Vince Camuto store is slated to open on New York’s 34th Street. In early 2013, a store will open in the Flatiron District on 19th Street, and in the spring a flagship is planned for Madison Avenue, near 61st Street, replacing a Cole Haan boutique.

In June, European footwear retailer Kurt Geiger, part of The Jones Group, unveiled a deal to sell the Vince Camuto, V.C. Signature — a higher-end women’s line from Camuto Group — and Jessica Simpson brands throughout Europe. As part of the agreement, Kurt Geiger will open a Vince Camuto store in March 2013 in the Kensington area of London, said Camuto.

Camuto is currently in negotiations for a deal with a Chinese partner that would bring 100 Vince Camuto stores to China over the next three years, although the agreement has not been finalized.

The Vince Camuto men’s fragrance from licensee Parlux Fragrances launched in 1,300 department store doors in August, supported by a $1 million advertising and marketing campaign. It followed a women’s Vince Camuto scent that launched in August 2011.

The fragrance advertising is building awareness of the overall Vince Camuto brand, said Leah Robert, senior vice president of licensing and advertising at Camuto Group. On Monday, a triple-stacked billboard showcasing both the men’s and women’s scents will go up in Times Square. A watch billboard will go up near the 59th Street Bridge in time for Thanksgiving.

A men’s print campaign is planned for next fall to support the apparel launch.