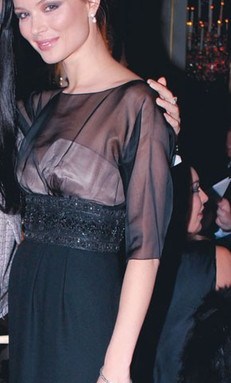 A late winter start, the subprime mortgage crisis and a procrastinating shopper might cut into sales, but those woes didn’t dampen the spirits of executives at the summit. Themed “Reinvention,” the occasion gave attendees, who ranged from top U.S. retailers and vendors to international participants, an opportunity to reflect on changes within their companies over the past few years and how the changes have impacted their business. Many attendees were also eager to acquire the tools necessary to reinvent their businesses to survive in the future.

“I am so happy to be in handbags,” Tim Schifter, chairman and chief executive officer of Schifter + Partners, said, “because so many of the other segments are weather-dependent.”

“I would say that one of the best inventions has been the ability to create constant consumer demand throughout the year with the addition of transitional collections,” said Caroline Brown, Akris’ U.S. ceo, of how the industry has reinvented itself. “It’s been the greatest thing.”

The top buzz at the two-day gathering was when and if Saks Fifth Avenue would be sold and the coup pulled off by Macy’s Inc., which recently snagged an exclusive with Tommy Hilfiger.

Claudio Del Vecchio, chief of Brooks Brothers, came to hear Ralph Lauren speak on opening night clad in a bow tie. “This was the first bow tie I ever bought,” Del Vecchio said. He and the entire Brooks Bros. staff donned the neckwear in memory of Joe Mancini, who had worked as a salesman for the Madison Avenue store for 66 years and who’d died the week before. “He always wore bow ties, so we did it to honor him.” Del Vecchio recalled that during a blackout in New York in the Eighties, Mancini “actually made a sale by the light of a cigarette.”