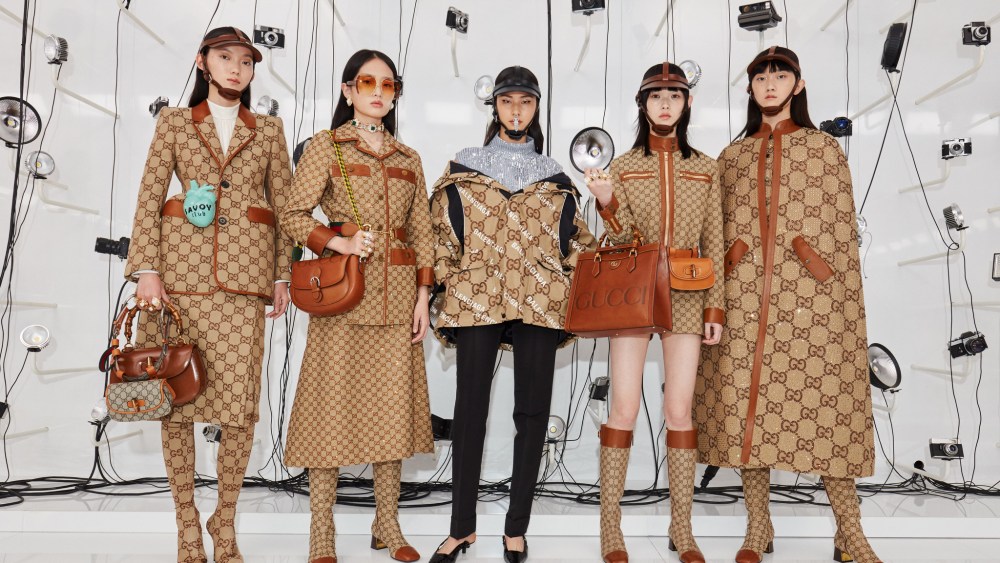 SHANGHAI — As the audience filed in to take their seats around a rectangular runway, “Gucci two times, Gucci two times” — the mantra by rapper Gucci Mane — was blaring over the sound system; the apposite song for the Italian luxury house’s reprise in China of its Aria centenary show.

While many Americans and Europeans have jumped to fill up their summer with travel plans enabled by rapid vaccination rollout, China has relied on a strategy of long quarantines and strict border controls for virus containment — which is to say that brands wishing to access the globe’s most formidable luxury shoppers must still go to them in their own country.

Inside the Shanghai Exhibition Centre, Gucci hung endless vintage Polaroids and old video cameras and dangling wires as the runway backdrop, lights flashing to re-create the feel of an old Hollywood red carpet.

Lu Han and Ni Ni, the brand’s ambassadors, were on hand to lend their star wattage to the night, as were singer Lucas Wong and actress Kara Wai. The show added 13 new looks to the collection originally shown this spring for a total of 107 outfits — similarly equestrian-inspired pieces encompassing riding caps and boots, a Gucci logo corset, brightly sequined heart clutches, and lots of big, feathered sleeves.

The new creations came out as the finale and right as the walls lifted up to transform the set, revealing a lush and misty summer garden, a nod to both the film of the collection and, perhaps, to the ongoing Gucci Garden Archetypes exhibition on display next door. Qiu Jirong, the traditional Beijing opera performer, ended the show with a dance before giving way to a party.

After sliding into a slight lull over the last 18 months — lines were no longer common sights outside Gucci stores in China — Kering’s brightest star the past few months has regained some of its luster and the urgency from when creative director Alessandro Michele first took over the brand. First with the collaboration with Balenciaga,  described by Gucci as a “hacking project,” in April as part of the Aria collection and now this show in Shanghai and the new pieces, it may just bring back those throngs outside their doors.

Exclusive: Gucci to Show Next Collection in Los Angeles