A haphazard production in China and the reappearance of Native American-style headdress on the runway send out mixed signals. 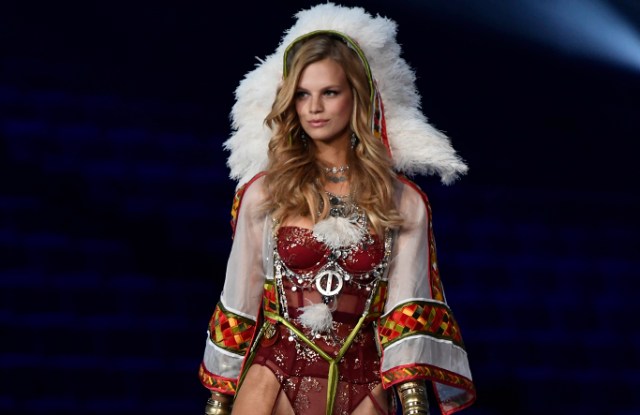 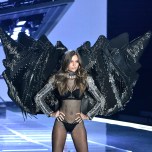 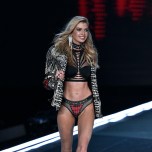 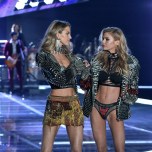 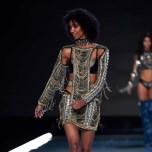 SHANGHAI – While Victoria’s Secret’s first ever taping of its annual fashion show in China may have been intended to evince a cultural awareness, its many production problems in a foreign location and the inclusion of a Native American-style headdress yet again on its runway in some ways drove home the opposite message.

The show had several firsts. It saw Victoria’s Secret’s first designer collaboration: 20 impressive punk-rocker looks designed by Balmain’s Olivier Rousteing opened the show with Harry Styles, giving the hyper-feminine production some edge. It also included a last: Alessandra Ambrosio, who has been with Victoria’s Secret since 1999, had her final turn as an Angel.

MORE: See Every Look From the Victoria’s Secret Shanghai Show 2017 >>

Alessandra Ambrosio on the catwalk at the Victoria’s Secret Fashion Show 2017.  David Fisher/REX/Shutterstock

As noteworthy as those moments were, it was hard to compete with the tumble that Ming Xi took on the runway as Miguel sang “Winter Song,” much less the ballyhoo over eleventh-hour visa denials – Katy Perry reportedly over her perceived support for Taiwanese sovereignty, Gigi Hadid due to a racially-charged gesture, in addition to four other models.

After attracting criticism last year for a dragon outfit, Victoria’s Secret opted for a subtler Chinese motif in a segment called “Porcelain Angel,” which was inspired by blue-and-white pottery. Models in its “Goddesses” theme looked like they walked straight out of Wonder Woman’s Theymyscira.

But “Nomadic Adventure” presented a dubious moment when a feather headdress was displayed. Why the brand decided to repeat an item which sparked a backlash in 2012 and apologized for is unclear. Victoria’s Secret did not respond to WWD’s request for comment.

Headdress aside, the show had other mishaps. Show notes provided to guests led one events organizer to observe a lack of Chinese names on the billing, when “normally a co-production like that and especially in China, you need to have at least 60 to 70 percent be local partners.”

That might explain the bottleneck as guests arrived to the show venue – when a line of over 100 people formed outside in the cold – or why the afterparty had a DJ booked to play until 1 a.m., but abruptly ended before midnight when police entered.

To be fair, the Victoria’s Secret model line-up from year to year is distinctly more diverse than your run-of-the-mill fashion show, and this one featured the most Asian faces ever. Seven out of the 55 models were Chinese: Liu Wen, Ming Xi, Sui He, Ju Xiaowen, Xin Xie, Estelle Chen and One Wang. It was in 2009 that Liu Wen became the first Asian to walk for Victoria’s Secret.

The Chinese government mouthpiece Global Times offered some insight into how the authorities viewed things, publishing an op-ed headlined “Victoria’s Secret models’ visa denial is of their own making”.

“China’s entertainment industry is very open, but it has its own rules…they do not want foreign stars who offend China’s basic values to perform on its soil,” the article read.

“Respecting and adapting to Chinese values is a show of sophistication,” it added.