The debut collection from this up-and-coming designer reflected her one year working at Chanel's couture department. 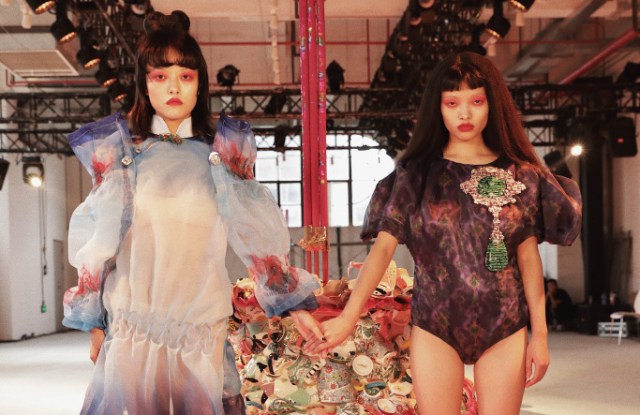 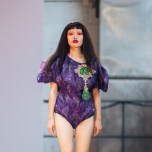 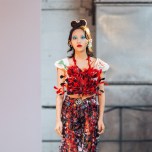 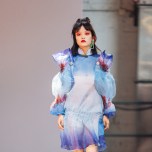 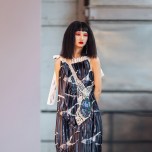 SHANGHAI — To say that the first collection from Guangzhou-based designer Yueqi Qi was haunting is a bit on the nose. Her presentation at Shanghai Fashion Week was a plaintive and eccentric exploration of the practice of ghost marriages. But in truth, it was her distinctive blend of intricate beading with vintage Chinese references that really stayed with showgoers after.

For the uninitiated, ghost marriages in the Chinese tradition are when one or two of the parties are deceased, historically as a way to ensure no person would be left without descendants to worship them, as some believe. The famous folktale of the Butterfly Lovers — which features an ill-fated couple akin to China’s version of Romeo and Juliet — figured as the core inspiration for the collection, and so at Qi’s presentation, models with eyes circled in thick red and blue eye shadow, slowly drifted around the room like spirits returned from the afterworld, circling two large spittoons and a pile of pomelos.

“It’s the idea of love being eternal,” said Qi, who graduated from Central Saint Martins last year. “The dead one is the husband and it’s all men’s voices in the music and it’s more Western style. It’s a ritual, all the women are dressed up.” 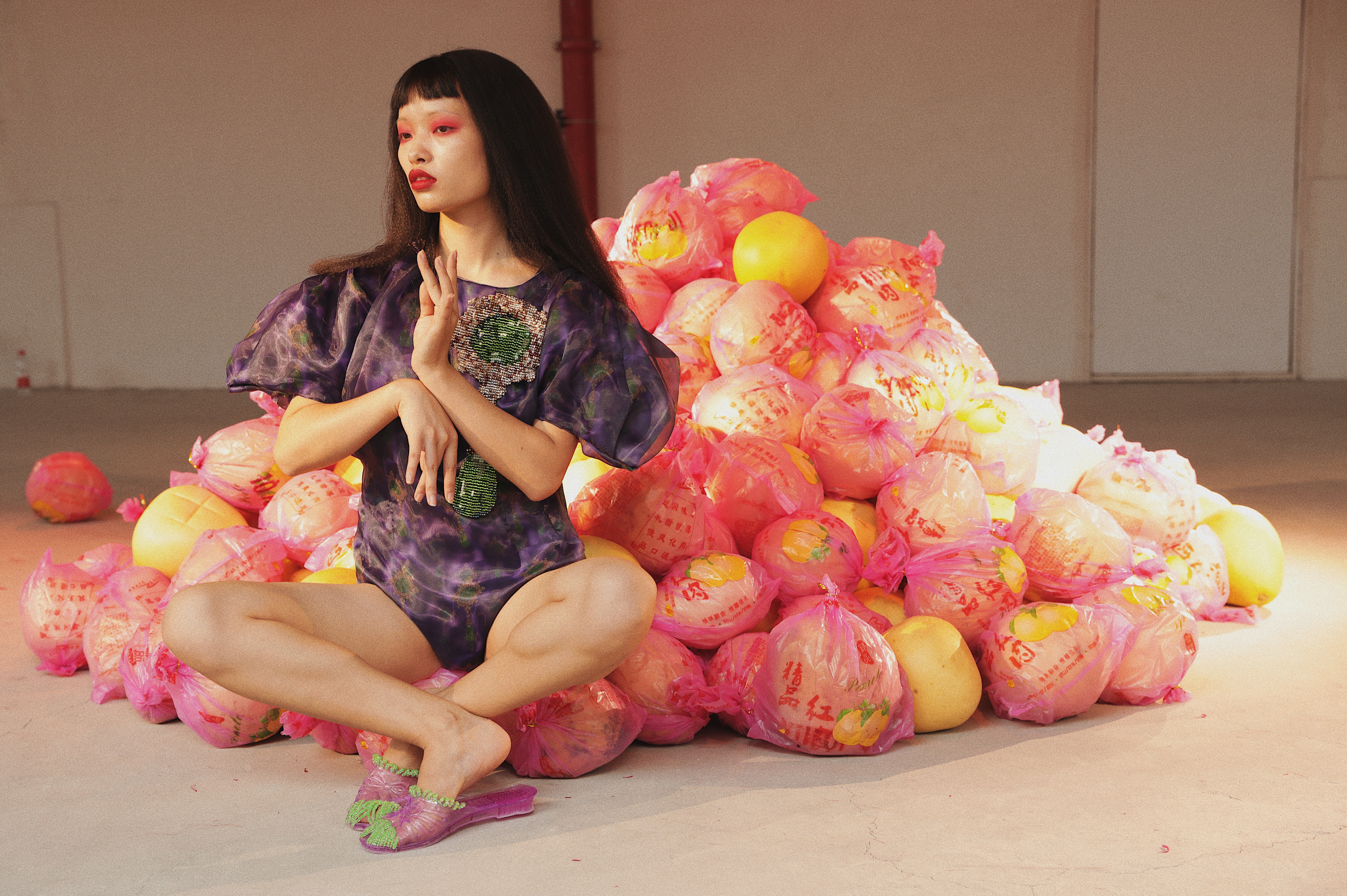 Models walked slowly around a pile of pomelos, which showgoers took home later as a gift.

While ghost marriage could have been compelling enough as a narrative on its own, there was in fact much more to the backstory. The collection was also rooted in Qi’s own experiences in love.

“When I met my now-husband, he suffered from seizures,” Qi explained. “We got married not so long ago because on his birthday he got sent in an ambulance to the hospital.”

What followed was a heartrending moment for the designer. He required a surgery, Qi was told, and there was a risk that if things went wrong, his memory could be severely affected.

“He might forget everything,” Qi said. “I told him, let’s get married before you forget me.”

Happily, the procedure was completed in April and Qi’s husband, a Canadian musician who directed the soundtrack for the presentation and was busying to cue the models on the day, is doing well, she shared. 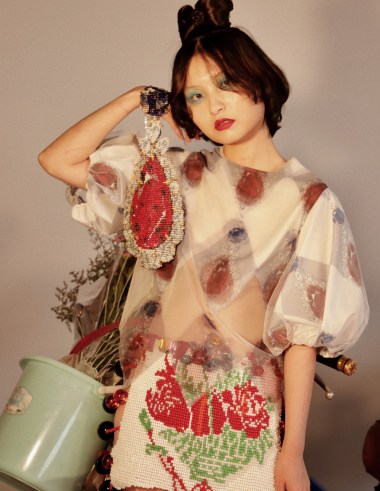 A look from Qi’s presentation which includes her signature style beaded skirt and purse mixed with retro Chinese motifs.

Front and center of Qi’s vision is her unique take on beading, which utilizes techniques she learned at her one year interning at Chanel’s couture department. Each one of her bags takes her on average a week to weave.

“I was planning to go do a master’s at Saint Martins but I know what I want already, they’re probably going to push something that’s more commercial design. I keep doing beaded things, I love it,” she said. “If you ask me to sew a simple garment, I think it will lose the soul of the brand.”

What’s important to her is to keep it accessible.

“I hope people can appreciate couture,” Qi said. “I want everybody to wear it. When I was working for Chanel, so many pieces I made on my own. I really wanted to try it on myself but I couldn’t.

“I want to build a couple seasons of craftsmanship, prepare well in China first in the next two years and then go back to London and Paris,” Qi said.