A Fervor for Robert Graham’s Fashions

Members of the Robert Graham Collectors Club buy hundreds of the brand's bold shirts, creating an unlikely fraternity of fashionistas. 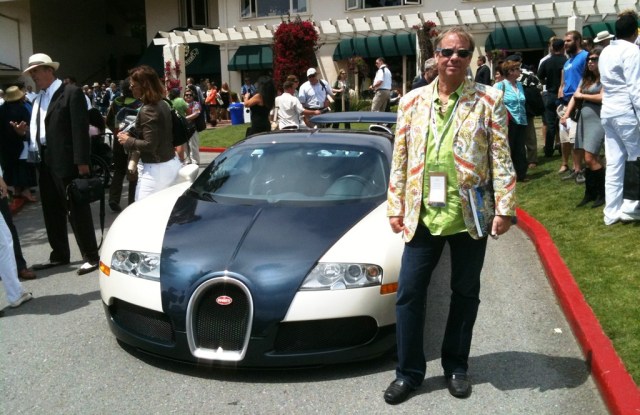 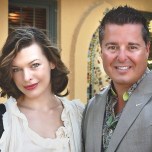 There are fans of Robert Graham’s distinctive shirt designs — and then there are the mildly obsessed.

Ron Sturgeon, of Fort Worth, Tex., for example, estimates that he has bought about 500 Robert Graham shirts, spending about $100,000 in the process. “I’m a guy who likes to be different and don’t mind standing out,” he explained of his pricy passion for the brand.

Sturgeon is a member of the Robert Graham Collectors Club, an honor bestowed on 49 ardent devotees of the brand who have each bought more than 100 of its shirts. The membership is diverse, although many of them are highly successful businessmen and professionals like David Johndrow, who owns his own Napa Valley vineyard, and Dr. Shakeeb Chinoy, a pediatrician and clinical assistant professor at Michigan State University College of Human Medicine.

“In my 40-year career, I have never seen anything like it,” said Robert Stock, founder, co-chairman and chief creative officer of Robert Graham. “I believe all of our collectors understand and appreciate all the details that go into all of our garments. They know we design our own patterns and love hearing the journey of each garment.”

Stock makes an effort to meet each member of the club, inviting them to trunk shows when in their area. Some members have made pilgrimages to Robert Graham’s New York headquarters to visit the showroom and have lunch with Stock. Sturgeon, 58, even made a trek last year to the Robert Graham production factory in Bangalore, India, bringing along his girlfriend for the tour.

Stock names a custom-designed shirt model after each member, which becomes part of the regular production run. Sturgeon’s is called The RDS, while The Sir Ronald is named after Ronald Baker of Arizona and the The Dono Bruce is named after Bruce DeLuca of Florida.

Sturgeon, for his part, buys about 15 shirts a month — mostly from two online shops, Lansky Brothers and Island Trends — but he also regularly cleans out his closet via eBay and garage sales to make room for new purchases, meaning he has about 300 shirts in his current collection. Sometimes he’ll make harnesses out of Robert Graham shirts for his three Cavalier King Charles spaniels.

Sturgeon made his fortune in the auto parts recycling business, founding AAA Small Car World Inc. and selling it to a subsidiary of Ford Motor Co. in 1999. Today he runs an exotic car rental business, called DFW Elite Car Club, which allows him the pleasure of driving around in Ferraris and Lamborghinis.

David Johndrow, 43, was drawn to Robert Graham shirts years ago as a form of rebellion to the corporate dress code he shed when he sold his technology firm, HR Logix, in 2005. He took the proceeds and opened Johndrow Vineyards in Napa Valley, Calif., which specializes in producing cabernet sauvignon wines. Johndrow has also jumped into the film business, co-executive producing the upcoming, “Bringing Up Bobby,” which stars Milla Jovovich and Bill Pullman and was written and directed by actress Famke Janssen.

“They’re classy but they also allow me to show my personality,” said Johndrow of his 325-piece collection of Robert Graham designs, including a recent favorite, a camouflage blazer in crushed velvet. Stock named a shirt called The Drinking Johndrow after him — in red, of course.

Chinoy, of Grand Rapids, Mich., may have been honored last year with the American Medical Association Foundation’s Leadership Award, but he’s probably just as proud of his Robert Graham Collectors Club membership. “I’m a very avid collector. I want to know everything about a shirt. I’ve called the company with very inquisitive questions and I think they were a little intrigued by me,” he said with a laugh.

By happenstance, as a child Chinoy went to school in Mumbai, India, with the children of the family that owns the Robert Graham manufacturing facility in Bangalore. Chinoy now owns 268 Robert Graham shirts and is in the process of converting a room in his home into a mini Robert Graham showroom.

Joey Mazza of New Jersey is a relatively new Robert Graham adherent, but he’s become closely involved with the company after buying his first shirt two years ago. Mazza, 52, is an events coordinator at Eva’s Village, a Paterson, N.J.-based social services agency that assists those in need, and he’s helped organize two annual fashion shows featuring the Robert Graham collection.

The events are held at Bottagra restaurant in Hawthorne, N.J., and sponsored by Sal Lauretta for Men, the Midland Park, N.J., store where Mazza buys many of his Robert Graham shirts. Stock and other members of the Robert Graham team became personally involved in this year’s fashion show and also volunteered at the Eva’s Village soup kitchen.

“I’m not a fashionable person but I think the shirts are like pieces of living art,” said Mazza of his collection. “They are expensive but they are quality. I’m not going to stop buying them, although my partner thinks I’m crazy and I have to sneak them into the house. There should be a 12-step support club for us.”