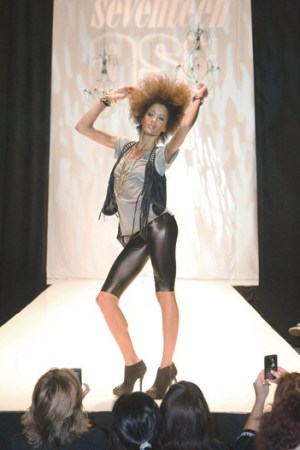 Like snowboarders and surfers constantly checking weather reports, action sports lifestyle trade show directors keep a close watch on the economic temperature, and they sense the chill gripping the industry has begun to thaw.

“People are feeling that the worst is over,” said Aaron Levant, president of Agenda, a trade show that has expanded beyond its core streetwear mission to encompass the action sports spectrum. He added, however, “It is definitely not a great retail environment, and people are still playing it safe.”

Andy Tompkins, vice president of Nielsen Sports Group, operator of ASR, the leading action sports trade show, expressed confidence in the long-term outlook for the sector: “The participant base is growing. The market is well-positioned, but there is a lot of caution.”

The most recent retail figures reveal a mixed bag. According to the ActionWatch report, produced by the research firm AA Data Co. for the trade publication TransWorld Business, year-over-year same-store sales at roughly 250 U.S. surf and skate specialty shops for the third quarter were down 15 percent. While that is still a substantial decline, the percentage drop was actually the smallest recorded for a quarter in 2009.

With corporate travel and marketing budgets slashed, it takes more work now than it did during the pre-recession era to draw buyers and vendors to trade shows, but Tompkins and Levant insist the action sports lifestyle events have adjusted to the demands of the circumstances. They have shifted show dates and updated their merchandise offerings to ensure timely merchandise purchases and respond to the industry’s diversity.

ASR, for example, has moved its dates for the spring-summer show from late January to early February. The upcoming edition will run from Feb. 3 to 4 at the San Diego Convention Center. The fall-winter show dates have been rescheduled from after Labor Day to Aug. 14 to 16 for the next edition. “The thought process behind that is to try to align our dates with the sales calendar we hear from our exhibitors,” said Tompkins.

Agenda dates have also been pushed up. The spring show will now be Jan. 8 and 9, and the fall show will coincide with the U.S. Open of Surfing, the Maloof Money Cup skate competition and the X Games in July. Agenda has also relocated from San Diego, where it was held at the San Diego Community Concourse, to the Hyatt Regency in Huntington Beach, Calif. “We felt that the San Diego market was dying,” said Levant. “Every year that we had been there, the attendance was going down for ASR.”

For 2010, Tompkins projected around 15,000 buyers will attend the show in February and 18,000 will attend the August edition. In the past, each show attracted more than 20,000 buyers. He expected there would be some 400 brands at ASR in February, and 125 brands at CLASS @ ASR, a show at ASR featuring emerging fashion brands that debuted last September. The fall-winter show traditionally attracts roughly 500 brands.

“A lot of the people that weren’t adding value but were going to [the shows anyway] have fallen away,” said Tompkins. “What you are seeing is a lot of focus on the people who are doing true business.”

Levant estimated Agenda’s January show would present 140 to 150 brands, up from 100 last July, and buyer numbers would increase 30 to 40 percent from the 3,500 in July. “Our company has been growing at a crazy rate when everybody else is shrinking,” he said. “Our revenue has been up…for the last six years by at least 20 percent each show.”

Agenda will add two new sections in January. Primer is dedicated to 12 emerging brands, including Gost Brand, Bloodbath, Society Original Products and Ergo, which were given a discount to exhibit. They were charged $1,000, while a 10 foot-by-10 foot set-up typically is $3,900. (ASR’s introductory rate is $1,800.) “Our show had escalated to big brands, and we alienated some emerging brands,” said Levant, explaining the rationale behind Primer.

Agenda will have a second-level section concentrating on skate brands such as Etnies, DC Shoes, Fallen Footwear and Adio Footwear. “Skateboarding is actually our biggest category,” said Levant. “They have their own mentality, and they want to do their own thing. We have created their own area so they don’t have to intermix with brands that they may not want to associate with.”

For its part, ASR is committed to its association with CLASS Events, with which it signed a licensing agreement with to establish CLASS @ ASR. Alphanumeric, Cpt, Design by Humans, Fiberops, Howe, Insight, Lucre Eyewear, Modern Amusement, Original Penguin, O’Quinn, Smooth Co., True Love False Idols and WeSC are among the brands that have displayed at CLASS @ ASR.

“It is really a long-term initiative,” said Tompkins. “The action sports category has a lot of diverse aspects. What we are trying to do with the ASR floor is have different buying environments that celebrate those diverse cultures.”

Overall, ASR’s and Agenda’s organizers suggest they haven’t become paralyzed by the economic downturn and have become more relevant as a result of a spate of modifications. “Companies still see a lot of value in trade shows,” said Tompkins. “You will see a certain amount of scaled efforts at these shows as far as companies sending less people and taking up less space than they used to. It is more about the relationships.”