After nearly 15 years of championing emerging and underground labels, Aloha Rag, is launching a line of its own. 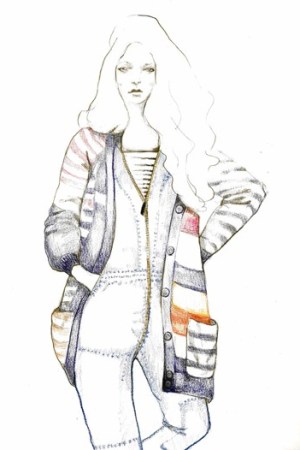 After nearly 15 years of championing emerging and underground labels, Aloha Rag, the Honolulu and New York-based store and e-commerce site, is launching a line of its own. Known for its high-end hipster sensibility, the company will introduce for spring men’s and women’s wholesale ranges under the name Aloha Rag. As owner Tatsugo Yoda and creative manager Jeremiah Mandel see it, the collections, made up of denim, graphic T-shirts, jackets and dresses retailing from $50 to $550, will round out the store’s otherwise avant roster of merch, which includes Henrik Vibskov and Golden Goose.

“We found that there were certain voids for basics or things that could go with the larger pieces,” says Mandel. “A lot of people are buying specialty items right now and [the Aloha Rag collection] will be an easier way to complete outfits.” All items, designed by Yoda, will be produced domestically or in Japan.

While the Aloha Rag line is the store’s first wholesale effort — no retailers were confirmed as of press time — it has dabbled in private label before. In 2008, Garment House Mania and Briolette were the house collections for men and women, respectively. “They were kind of our experiment,” says Mandel. “When we let [customers] know it was kind of our secret house brand, people were asking for more. So the demand is there.”