American Giant is introducing several new products for holiday that include bottoms for the first time and new tops styles. 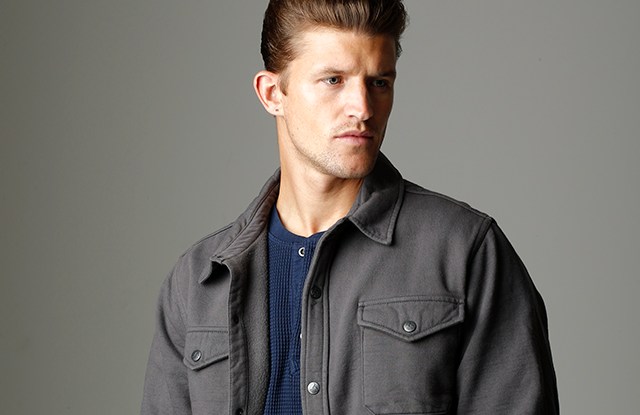 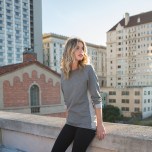 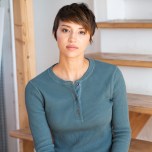 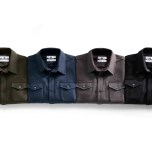 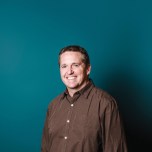 Bayard Winthrop is ready to take some big leaps with American Giant.

After starting out as a direct-to-consumer brand of sweatshirts, and then adding T-shirts, the San Francisco-based executive is now expanding into wholesale with a capsule collection available at Bloomingdale’s this week.

The collection will be in 20 major Bloomingdale’s doors, including locations in California, Florida, Illinois, New Jersey, New York and Pennsylvania for a six-week limited engagement through the holiday season.

The capsule will feature the flagship American Giant Classic full-zip hoodie for men and women in a range of colors. It will also be sold in the Bloomingdale’s holiday catalog.

Winthrop said Bloomingdale’s was the right fit for the brand’s first bricks-and-mortar venture, although he doesn’t have plans for a full wholesale roll out.

At the same time, American Giant is introducing several new products for holiday that include bottoms for the first time and new tops styles. These include a waffle weave cotton Henley shirt with a soft hand but substantial weight, a button-down cotton work shirt with logo buttons and front pockets, and an item Winthrop calls “The Pant” — a black cotton and spandex legging.

American Giant first produced a waffle weave crew neck sweatshirt last holiday season in men’s only, which “did incredibly well,” he said, then repeated it in August along with a women’s crew neck for fall. Now a Henley and a hooded version are being added for holiday for men and women that will be available this month.

The cotton and spandex fabric used in the legging took 18 months to develop.

Winthrop said he thinks the work shirt “is a stepping stone in the tops area” that could lead to other shirt and jacket styles being developed by the brand.

The new pieces sell in the $69 to $89 price range, similar to the sweatshirts and T-shirts.

The knit factories American Giant has either acquired or with which it has exclusive contractor relationships in North Carolina have been modernized with new equipment and a switch from batch to modular manufacturing and are operating at full capacity. So the company is looking at other facilities for pants and jackets, for instance.

“One question looming for us is, as we look get into wovens, the infrastructure isn’t as established as knits,” he said.

While the Made in America manufacturing model is engrained in American Giant’s brand DNA, the availability of woven fabrics beyond denim is limited, so some piece goods might have to be imported.

With the promise of more protectionist trade policies in the Trump administration, the recent revival of U.S. manufacturing could get a boost. Most of the reshoring and investing has come in yarn and knitting factories in the South, where automation helps keep labor costs down, while their energy efficiency balances lower overall costs from imports. While cutting and sewing machinery has improved as well those goods are still more labor-intensive to produce at a fabric and apparel level.

“I’m of a mind that free trade is a positive thing for the U.S. economy and the average U.S. consumer,” Winthrop said. “Protectionist strategies can often be satisfying in the short-term, but in the long-term are dampening on growth and innovation. I worry about antifree-trade policies and I’m typically against protectionist strategies.”

That being said, Winthrop noted that there are some components of the company’s supply chain that benefit from subsidies and some trade regulation, such as the cotton end of its business in the supply chain.

“We believe we have a very financially competitive business on our hands based on an innovative business model and a new point of view of how consumers are supporting brands and how we approach the business and the supply chain independent of whatever trade policy is,” he said. “But if there was suddenly a major shift in trade policy — if NAFTA went away — there are potential benefits in the supply chain in the yarn and knitting side of the business.”

Winthrop added, “We are never going to ask for an excuse for being American made, and the value and quality we can bring.”

Focusing on sweatshirts the first few years after starting up in 2012, including a hoodie declared the “greatest sweatshirt ever” by some social media outlets, American Giant introduced a T-shirt line for spring that is “raging for us,” Winthrop said.

“We cannot keep the T-shirt in stock,” he said. “From a new customer and repeat customer standpoint, it’s comparable to the sweatshirt. One of the most difficult things is not the elasticity of the supply chain, but in finding the right balance between supply and demand. We have been consistently under-guessing the scale of that program, which is a good problem to have but it’s a tough place to be because you’re walking away from business and you don’t necessarily want to be there.”

He said over the last year-and-a-half, one of the changes in the business is that customers have been participating in the entire catalog of the brand instead of focusing on one item.

“There is this younger set of consumers that are emerging that really are looking for brands that they are emotionally connecting with,” Winthrop said.

Another new area for the company has been its catalog business. Now in its third and most sophisticated printing, he said it’s resulted in “phenomenal results.”

“It allows an e-commerce business to show the line in a compact way,” Winthrop said.

The executive said American Giant has also beefed up its executive ranks.

Beth Gumm was brought in as chief marketing officer, leading the company’s marketing and e-commerce efforts. Gumm came to the company with more than 20 years in general management, classical marketing, omnichannel retail and start-ups. Prior to American Giant, she worked at Levi’s, Williams-Sonoma, Pottery Barn, West Elm, Gymboree and Lean Cuisine.

Robin Rice joined the company in July as chief product officer and is responsible for crafting the product offering to support the brand’s growth.

While Winthrop wouldn’t reveal actual sales figures, he said American Giant will achieve 50 to 60 percent growth this year and is “maxed out in capacity in North Carolina,” making thousands of sweatshirts a month.

Sweatshirts are about half the business now, versus 90 to 95 percent two years ago.

“This year, we’ve turned an important corner,” Winthrop added. “We are as a brand in a place where we’re trying to build a sizable business that’s across multiple categories, with women’s almost half now, after basically operating in start-up mode the first three years.”