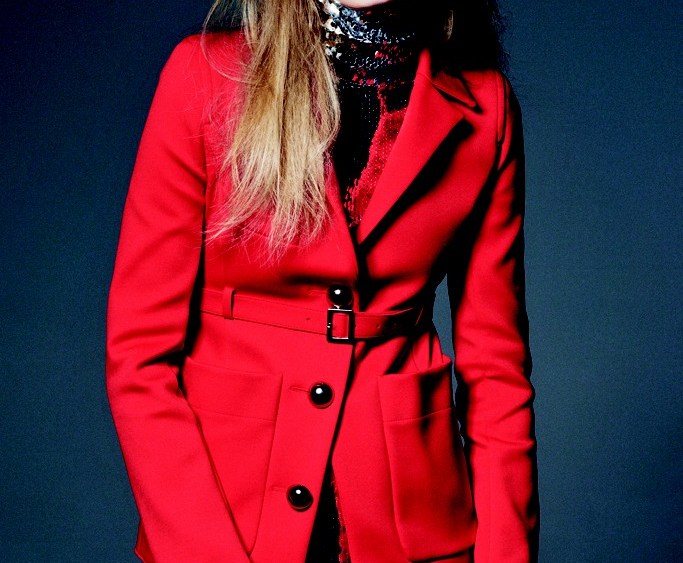 PARIS — Fine jewelry brands weren’t the only ones latching onto the couture calendar earlier this month.

Among those staging presentations for buyers and editors was newcomer Atto, a ready-to-wear label launched by Balenciaga alum Julien Dossena.

Its debut collection of around 30 pieces focused on wardrobe basics with a twist, such as Sixties-inspired skirt suits in thick jersey or Neoprene with oversize silver buttons; crisp white shirts slit open on the sides, and silk apron dresses with contrasting linings.

“The Atto spring-summer 2014 collection is a French lifestyle wardrobe, featuring very functional and modular pieces. The idea behind the collection was to create a straightforward line and enforce this by the use of primary colors,” said Dossena, who designs the line with Lion Blau and Florent Buonomano.

A graduate of La Cambre in Brussels, Dossena won the 1.2.3 prize at the International Festival of Fashion and Photography in Hyères in 2006. He joined the Balenciaga studio in 2008, working closely with its former creative director Nicolas Ghesquière.

By showing ahead of Paris Fashion Week in September, Dossena was aiming for greater visibility for the line, which is priced in the designer range and will be delivered in December.

Retailers who have picked it up include Dover Street Market in New York; Just One Eye in Los Angeles; The Webster Miami, and the Maria Luisa store at Printemps in Paris. There are no plans to sell the Atto collection online at present.