For Belgian Ath-leisure Brand 42|54, Slow and Sustainable Wins the Race

Olivia Borlée and Elodie Ouédraogo debuted 42|54 after learning that their silver medal had turned into gold eight years after competing in 2008 Olympics, following Russia’s disqualification in 2016.

42|54's spring 2020 collection is entirely made of recycled material.

“I think we learned about it in the newspaper,” laughed the 33-year-old Belgian athlete, who saw her team’s silver win in the women’s 4×100-meter relay at the 2008 Olympics in Beijing turn into gold in 2016, when the Russian team was officially disqualified in the wake of a doping scandal.

Eight years after competing, Borlée and her three relay team members Élodie Ouédraogo, Hanna Mariën and Kim Gevaert stepped back up on the podium during a public ceremony in their hometown of Brussels to receive their hard-earned gold medal — which got them thinking about the whole concept of “clean athletes.”

“We’ve always fought for clean sport and clean athletes, but at the end of the day no one really cared about what we were wearing to compete,” Ouédraogo said. “Sportswear focuses on performance without regards to environmental cost. As sports ambassadors, we realized it was our responsibility to put out the right message.”

The pair launched 42|54 three years ago, a line of ath-leisure wear that takes its name from their winning time at the games, a national record of 42.54 seconds.

Inspired by Eighties athletes such as Florence Griffith-Joyner, or “FloJo,” the sportswear line also has a sustainable component: After years of switching between manufacturers and fabrics, the label’s spring 2020 collection, its eighth since launching, was entirely produced using recycled materials. 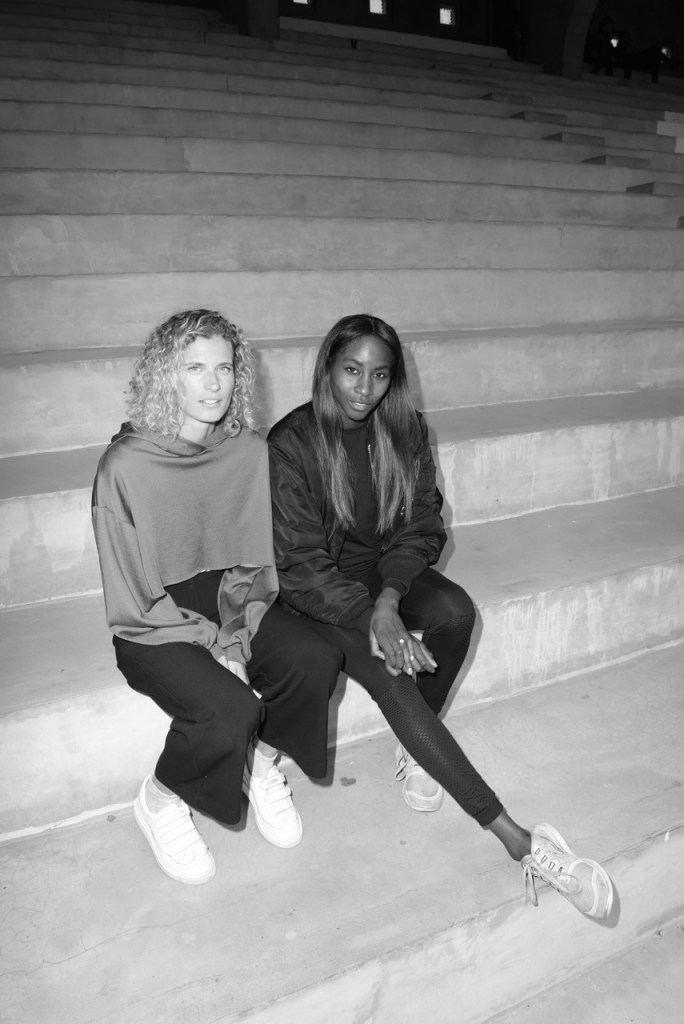 Olivia Borlée and Elodie Ouédraogo of 42I54  Courtesy

“Ever since debuting the brand we were always concerned with the ethical side of fashion,” said Borlée, who studied interior design and fashion at La Cambre design school before becoming a full-time athlete. “We only used fabrics produced in Europe and worked with factories in Belgium, Romania, Portugal and Tunisia that we visited personally to check on the working conditions. But for this collection we wanted to take things up a notch.

“It was a real challenge to find recycled fabrics that could fit with the functionality required from high performance sportswear,” she continued. “As a result, we had to entirely change our manufacturing process.”

The collection, a selection of mixed Lycra and knit leggings, pastel brassieres and boxy performance T-shirts with sharp shoulder pads, was crafted out of recycled polyester fiber Seaqual, which is made from recycled ocean plastic, as well as New Life yarns, created from repurposed plastic bottles. The zips are from YKK’s recycled plastic line and all the knitwear is made of recycled cotton and viscose.

It is also fun: Hot pink shorts and stirrup leggings, flashy yellow tracksuits with contrasting purple knit sleeves, Lycra shorts with graphic mesh inserts and simple T-shirts held up by on-trend plastic clasps were clearly made to stand out, whether on the track or simply at the gym.

“We were lucky enough to have been sponsored by Nike for most of our career, but toward the end we had the distinctive feeling we all looked the same,” said Borlée, who met Ouédraogo in 2003 when she joined the official Belgian relay team and competed alongside her until her teammate’s retirement in 2012.

“When you look at the starting lines, all the girls have different hairstyles, makeup, jewelry, sometimes even nail art, but we’re all wearing the same thing. For me, if you’re feeling your outfit it can be really empowering, and maybe even more performance-enhancing than some ugly yet specially crafted aerodynamic technical wear,” she mused. “It’s no secret: When you buy a cute outfit, you are ten times more motivated to work out.” 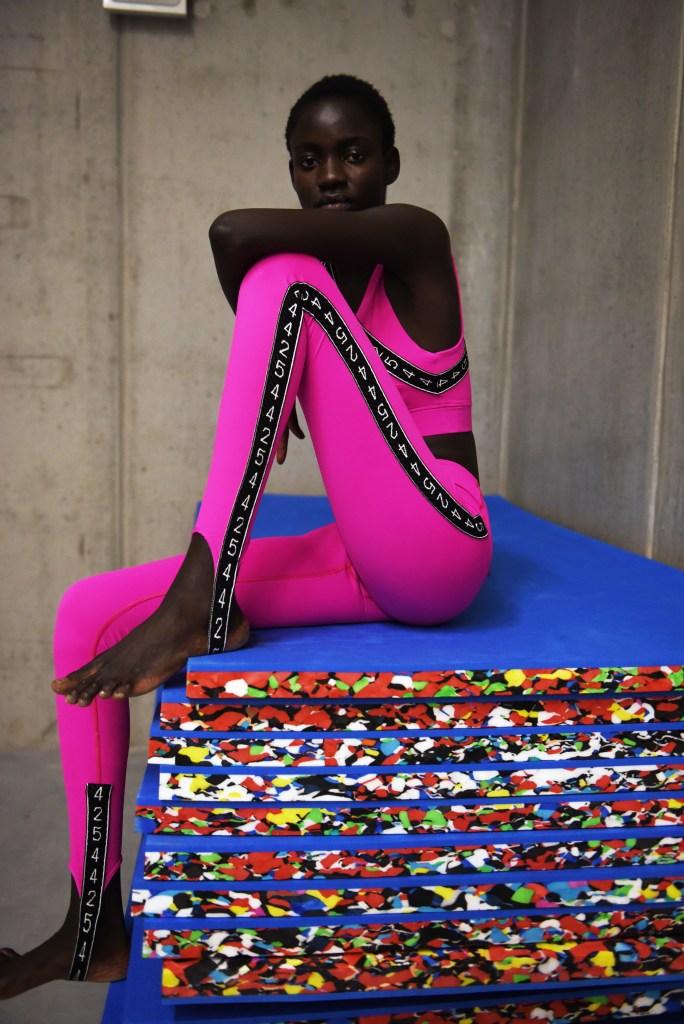 The girls took home the 2008 silver medal wearing an Adidas outfit consisting of black shorts and a red top with yellow lettering — the colors of the Belgian flag.

“We couldn’t believe it when we saw the British team at the London Olympics in 2012,” laughed Ouédraeogo. “They were also wearing Adidas, but designed by Stella McCartney. It didn’t really compare.”

The women, who now head a four-person team in Brussels, design together; both create moodboards; Borlée sketches, and the patterns are made in collaboration with the same Antwerp-based factories that work with most of the high-end Belgian fashion houses. The collections, which are sold on the brand’s e-shop, are currently popular in China, where they are stocked at Lane Crawford and SKP.

“We’ve always worked as a team: we know each other’s strengths and weaknesses and have complete trust in one another,” Borlée said of her former teammate. “Competing together and winning a medal creates a real tie. It’s a feeling that is pretty hard to explain.”

While Ouédraogo now works in TV production and has left the track to settle down in the suburbs with her son and husband, Borlée still trains and is currently debating whether to compete in the 2020 Olympic Games in Tokyo.

“I’m facing a bit of a dilemma: I can’t both run a fashion brand and be a professional athlete,” she confided. “But sport has been my entire life for over 15 years. Then again, high level competitions are basically the best business training — it’s the same stressful environment.”