A New Era Begins at Benetton

With new creative director You Nguyen in place, fashion company is mapping out a new phase. 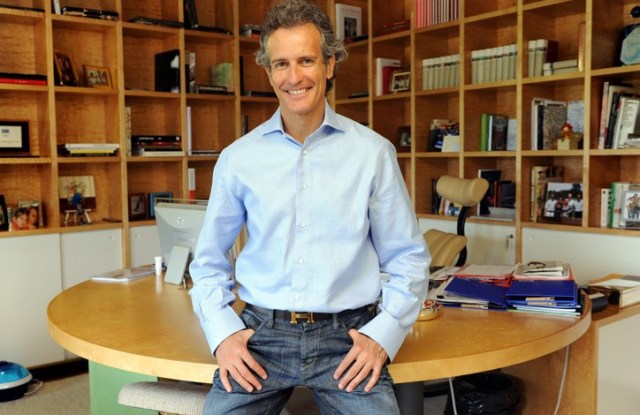 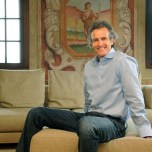 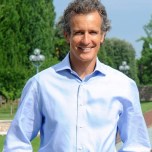 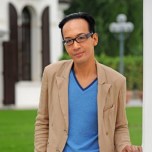 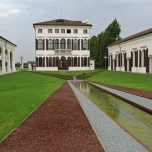 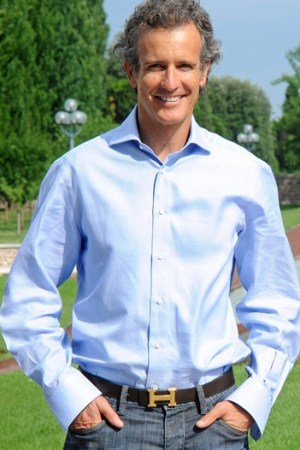 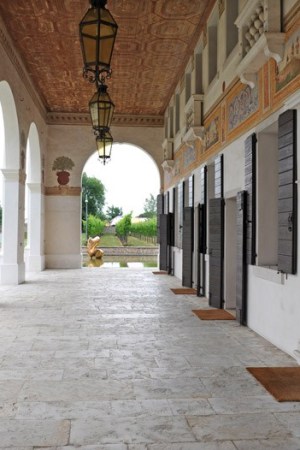 PONZANO, Italy — With a new creative director in place, Alessandro Benetton, executive vice president of Benetton Group, is mapping out a new phase for the 46-year-old fashion company.

Former Levi’s vice president of global merchandising and design You Nguyen has been tapped to take on the role of top designer and chief merchandising officer and help shape the “Benetton of the future.”

“You is cosmopolitan, he’s open to the world and new ideas: he was born in Vietnam, grew up in France and the U.S., and has an interesting professional path,” said Benetton during an exclusive interview at the sprawling 16th century Villa Minelli, which houses the company’s headquarters. “I was surprised by and drawn to his passion for and knowledge of the brand, he has many ideas for the future, to expand and evolve Benetton while respecting its history. The brand has always had a personality, but we need to be more clear in presenting it.”

“‘It’s a new chapter, but the book is the same,’” Nguyen recalled Benetton saying during their first meeting. “He said, ‘Just remember you cannot move forward without understanding the context of the past, the values are constant but make them relevant for the future.’”

The designer remembered how he was “exposed in the late Eighties and early Nineties to Benetton’s exuberance of color, aesthetics of ads and stores.”

Although Benetton said the company has weathered a slow economy and increasing competition with “improved product and stores, attention to details and constant dialogue with consumers around the world,” the Italian retailer and manufacturer went through a challenging period in the ever-crowded market of the early Aughts.

“Fast fashion threw everyone a curve ball at whatever level. It took everyone by surprise, and changed how people shopped — even the thought of a designer such as Karl Lagerfeld doing a collaboration [with H&M] was crazy, and it changed the rules of the game,” said Nguyen, acknowledging Benetton “stayed quiet for a while.”

The designer said the brand was “always at the back of my mind and I thought to myself, ‘Wouldn’t it be great, to dig back in those values and beliefs, start from there and take it into the future?’ I fundamentally believe in Benetton’s values and aesthetics. I mean, look where we are [pointing to the stunning frescoed walls] and my aim is to elevate the design part of it.”

Nguyen said Benetton stands not for fashion per se, but for “classic, timely and timeless pieces.” He believes the message “never went away, but was diluted,” so his goal is to “take away what was cluttered, to simplify, not add.”

He dismissed the thought of trying to catch up with fast fashion. “We don’t need to go there, consumers expect different things [from different brands],” he said.

For Nguyen, Benetton is “grounded in design, art and architecture,” and his role is to “take the company back to design.” He mentioned the group’s many collaborations with architects, from Afra and Tobia Scarpa, who restored the headquarters and built the industrial buildings in nearby Castrette, to Tadao Ando, who designed and restored the building in Treviso housing Benetton’s communication hub Fabrica, and with photographer Oliviero Toscani, whose edgy, and even shocking, ad campaigns contributed to Benetton’s global brand awareness.

“All of the company’s efforts were design-driven, with a very definite language and discipline,” said Nguyen, whose first United Colors of Benetton collection will bow for spring 2012. “This is not only about doing sweaters in 26 colors, anyone can do that, it’s a more thought-out process, with the discipline of a painter.”

Nguyen, who has moved to nearby Treviso to be based at the company’s headquarters since Benetton’s “history is tied to that of the Veneto region,” will work with an extended team of 200 designers in total, of which 75 in product design and store and visual merchandising. “I’m still assessing the team, but we are in good shape. I sense talent and they share the desire and passion to do the right thing. I need to point to a direction and they will get us there.” Asked if it was a very diverse group of people, he said, “it’s not a matter of being international, but the depth of experience, and dynamics, is what counts.”

The designer also plans to turn to Fabrica, which he described as “temple for learning, dedicated to young talent,” to draw on research and innovation.

Nguyen said innovation is also a priority for Alessandro Benetton, who surprised him with his “philosophical and ethical” persona. “I didn’t know him personally and I expected a man grounded in finance, but he is very thoughtful and has a passion for aesthetics, design and art,” he said.

The tall and personable Benetton, who is the son of founder Luciano Benetton and has a strong passion for sports, started his career at Goldman Sachs, in global finance as a mergers and acquisitions analyst, and went on to set up private equity fund 21 Investimenti SpA in 1992. He remains president of that company, but now devotes most of his time to the family firm, which is listed on the Milan Stock Exchange.

At a time when M&A fever is heating up again and Italian companies Prada, Moncler and Salvatore Ferragamo are planning initial public offerings, Benetton said the company’s status quo suits him just fine and no dual listings or investments in other companies are on the immediate horizon. “This is a solid company with cash and a real estate assets. Finance must be a tool for the company, it must be functional and useful for it,” he said. “It’s the same as when you have a fever, you shouldn’t check your temperature every 10 minutes. Investments must be made depending on the resources, the finances and the development project, but the project must come first.”

Benetton’s business hinges on a worldwide web of 6,000 stores in 120 countries, from the recent opening in Mongolia’s Ulan Bator to Tehran’s store. “This number is not meant to change significantly over the next few years,” said the executive. “What is changing is the concept of the store and its fit, in terms of size and structure, to each specific city and their dimension.”

With Nguyen, Benetton plans to introduce a new store concept, but build on the relationship between brand and consumer.

“Quality, attention to consumer, a democratic price, the ability to talk with different countries and cultures — as we are convinced that diversity is richness — with a spirit that is always young, these are only some of our assets,” Benetton said. “Part of this constant dialogue happens through our salespoints, which are one of the focal elements of our system. You will help us better develop our point of view, which is what our communication always had and will always have.”

Benetton also forecast that 80 percent of future company communication will be made through digital campaigns.

Over the last five years, Benetton said he invested 1 billion euros, or $1.4 billion at current exchange, in the company. He downplayed the higher cost of raw materials, from cotton to wool, which will put pressure on 2011 margins, saying these are a “temporary phenomenon” and their effects will be absorbed. On the other hand, social and political movements in the Middle East, especially in North Africa, “are long-term movements,” but Benetton said relations built over the years are standing the test of time. Turmoil in North Africa, including Tunisia, the site of a company manufacturing plant, did not affect Benetton.

“This was an enlightening experience. We count 13,000 employees there, and during the crisis, the workers’ reaction was to protect the plant, not because we asked them but because they wanted to safeguard their future in a moment of turmoil that, as we know, often hits blindly and without distinction,” said Benetton, who credits his father’s and, as a consequence, his own distance from anything smacking of “imperialism.” “We are well-incorporated in every country and we stand by our ethical behavior,” he said.

Benetton is also increasingly supporting sustainability and is launching a project called B-Green, which includes the use of organic cotton, clothes hangers in liquid wood, shopping bags certified as green or the Eco-Safe certification label, which guarantees that the product is safe, in terms of dyeing and industrial processes, among others. “Perhaps the consumer won’t see it now but one day. Being environmentally friendly is not at the expense of other business issues and I have faith it will work,” said Benetton.

The year 2011 will still be “transitional” given the slow economy in regions such as Europe, but strong signals from emerging countries and Central America “make us hope for 2012, which will be a rewarding year,” he said. “There is a common Latin feel, a passion for colors that stems from the culture of Mexico, for example, very similar to our brand.”

Also, the company has been in China and India for more than 20 years, initially simply to learn about those markets more than for commercial gain. “This was fundamental,” he said, and allows the group today to report growth in those countries of 14 percent, with those two countries representing 24 percent of total revenues — all of which gives a platform on which to build.

Looking ahead, Benetton said he would like the brand to stand for “fashion, innovation, curiosity for the world. And color, naturally.”