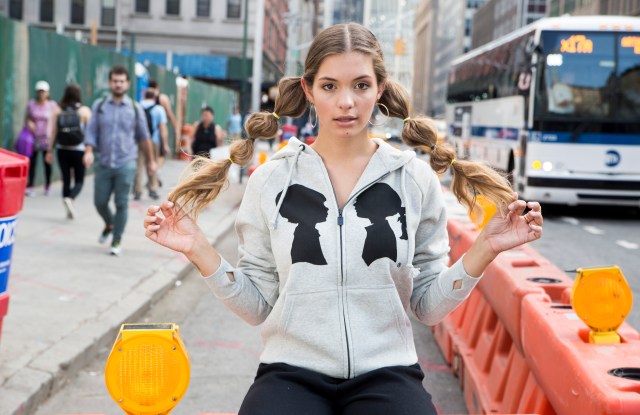 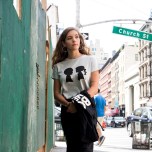 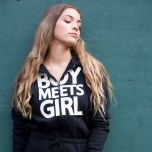 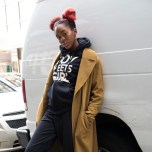 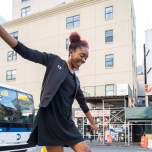 Boy Meets Girl is spreading its wings. The young contemporary brand has partnered with Macy’s for a 10-piece athleisure collection, including bomber jackets, women’s hoodies, sweats, sweatshirts, and tees, that hits stores and online this week.

Retail prices range from $39 to $69. Some of the T-shirts and sweatshirts say “Live to Inspire” and others feature the Boy Meets Girl graphic.

“I love what Macy’s has been doing lately as a company, and the value they place on important social issues which align with the Boy Meets Girl philosophy,” said Stacy Igel, founder and creative director.

The brand will be carried in 28 Macy’s stores and macys.com. It is housed in the fourth floor Impulse Sportswear department at the Herald Square flagship.

Cassandra Jones, senior vice president of Macy’s fashion, said, “Boy Meets Girl, from its beginnings, has been a brand that stands out because of its creative approach to fashion. Not only are the clothes fun and on-trend, truly nailing the urban, street wear vibe the athleisure movement has embraced, but the positive message of self-confidence behind the brand’s identity is something we stand behind and are proud to bring to our customers.”

To promote the line, Igel decided this season to cast “real people” in the Boy Meets Girl campaign. Working with photographer Sophie Elgort, she ran an Instagram “real stories” contest where all the models were asked to share what they strive for and what they dream about. Entries were sent via Instagram and four “real people” were cast, two dancers, one up-and-coming model and a videographer. It will appear on Boy Meets Girl, Macy’s and Elgort’s social channels.

In addition to Macy’s, Boy Meets Girl is currently sold at boymeetsgirlusa.com, Colette in Paris and internationally in Dubai and Finland via licensing deals