Retailer in many cases styled its classics with casualwear for creative twists. 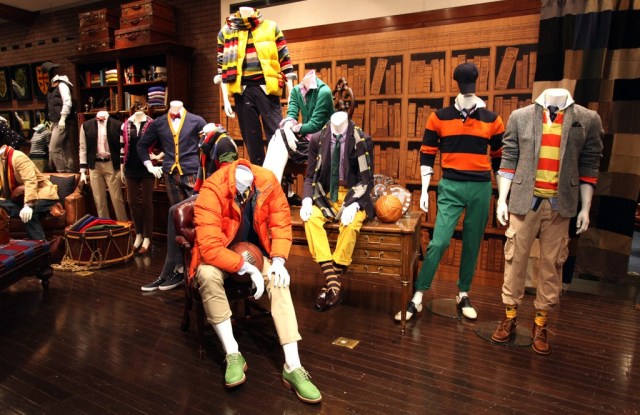 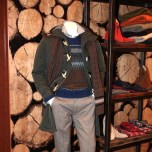 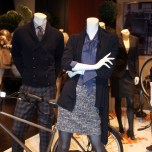 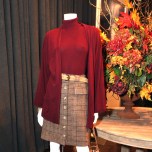 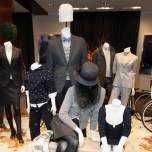 Brooks Brothers displays a more playful side for fall, in many cases styling its classics with casualwear for creative twists.

While Brooks Bros. continues to sell its classic chesterfield coats, three-button suits and traditional tweeds, now for women that tweed skirt gets paired with a merino silk cardigan for a more relaxed look. In a similar vein, a flannel gray formal tuxedo suit gets deconstructed down to the jacket that’s displayed with Levi’s jeans.

“The big message we want to get across is that we are a lifestyle brand that appeals to many generations,” Lou Amendola, chief merchandising officer, said during a preview of the fall collection at the Brooks Bros. flagship on Madison Avenue.

In addition, a more youthful, colorful dimension to the collection has emerged over the past year, Amendola notes, singling out the bright green buck shoes, soft-shouldered jackets with cotton linings (versus the typical acetate) and novelty socks that show colors and patterns from long-standing Brooks Bros. ties. “It’s all in the details,” Amendola said. “Make it special but still very much Brooks Bros.”

Aside from a sportier approach, there are other innovations for the fall season, including water-repelling fabrics used for apparel applied to an accessories group. At Black Fleece, designed by Thom Browne, tartans are emphasized for fall, and more subtly adapted to tuxedos and topcoats. Overall, the Black Fleece women’s line has become “softer and more feminine,” Amendola said, leading to a larger representation at the two Black Fleece stores in New York and San Francisco.