Seasoned store owners are ramping up their sales efforts.

By Rosemary Feitelberg on May 14, 2009
View Slideshow 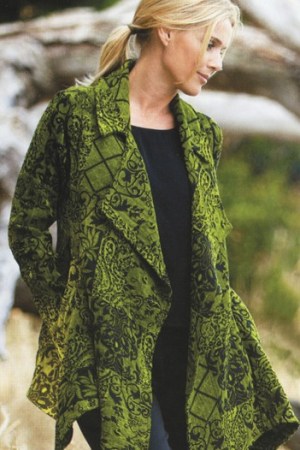 While the economy is still in the ditch, seasoned store owners are ramping up their efforts with special events, e-mail blasts and phoning shoppers to tell them about specific items geared for them.

That was the word from buyers attending the Nouveau Collective trade show at The New Yorker Hotel in Manhattan.

Barbara Kille, owner of Turtletique, a Dallas boutique, said business was “tough,” but she has been hosting trunk shows and other special events to encourage shoppers to visit the store. She is considering updating her Web site, setting up a Facebook page, e-mailing customers and is reevaluating the store’s media buy and advertising. The store’s top 50 to 100 clients are still shopping but they have halved their seasonal purchases in the past six months, Kille said. To compensate for that decline in sales, she is reaching out to other clients who may not have been such big spenders in the past. The store now has a wider price range to appeal to a broader base of shoppers.

Spring pick-ups and fall fill-ins were on her shopping list with tops that retail from $75 to $150 being key. Mel & Lisa and Le Jeune Vie were two of her go-to resources.

Pina Ackerman, who has owned Pina Fashion, a Fort Lauderdale store, for the past 35 years, said she has seen consistent sales thanks mostly to loyal customers. “They’re watching it but they’re spending it — life goes on,” she said. “They need to shut off the TV. If we don’t listen to the news, it will be much better.”

Most of her offerings are Italian-made designs but she picked up “beautiful, fun” jackets from Mel & Lisa, and items from Blue Ice at the show, which closed May 5. “I check all the markets because I don’t want to miss anything. You always have to stay new and keep fresh.”

Deborah Gunschel, owner of Ansel Gurney House, a Marion, Mass., apparel, accessories and gift store, said business is starting to loosen up. Shopping with her buyer Robin Gibbs, she said having an assortment of products is an advantage. Accessories sales are “good,” and apparel sales are “a little bit slow, but not dreadful,” said Gunschel, who has had her business for more than 30 years. Calling customers to let them know when specific new items that might appeal to them have arrived in the store is one of the ways they are reaching out to shoppers. They ordered skirts and sweaters from Habitat and Flax for fall and holiday.

Another longtime store owner, Carol Fichter, who has run The Dakota in Chatham, N.Y., for nearly 21 years, was not as optimistic. She said sales started to slide in 2007 and have dropped off considerably since then. Aside from the fact that many of her clients are Manhattanites with second homes in the area, the weather and street construction have also dented her business. To try to boost sales, she caters “as much as possible” to shoppers’ needs, placing special orders, and keeping in touch with them. E-mailing them on a regular basis is something she plans to start doing soon. At the show, she picked up fall and immediate items from Flax, Marcella Sales and others.

Andrea Beazley, buyer for Calypso, a five-store operation that has been based in Bermuda for more than 50 years, said she was looking for resortwear, ready-to-wear and accessories. Flax and Click were two labels she checked out at the show. In recent weeks, tourism has started to pick up due partially to an advertising campaign promoting the island’s 400th anniversary. Overall, the change in business has not been as “drastic” as it has been in New York, she said.

Carole Pingitore, national sales manager for Colette Mordo, a resource in the show’s new higher-end Oasis section, said she stayed open until 9 p.m. on May 4 to accommodate buyers, and managed to see 16 in the last three hours of the day. “We just have to work harder and sell more stores. People are open to trying new things, which is good.”