Many Chinese manufacturers have expanded their offerings to attract customers by becoming more well-rounded. 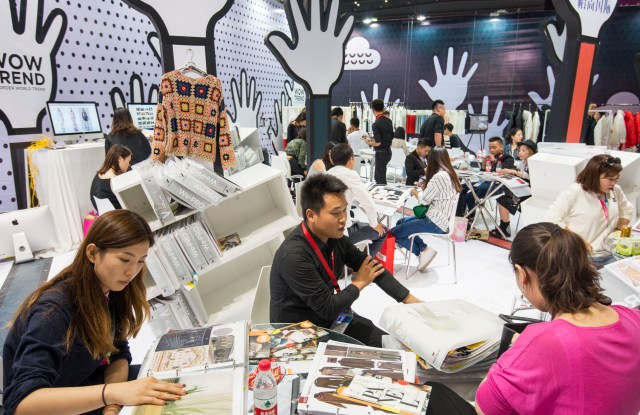 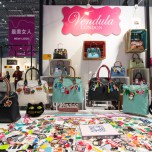 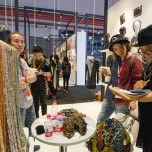 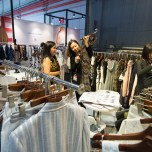 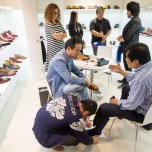 Though China’s economic growth has slowed in recent years, increases in apparel consumption have been steady. Data from China’s National Bureau of Statistics shows the country’s apparel industry growing 7.4 percent year-on-year in the first half of 2016, a growth rate Chen Dapeng, vice president of the China National Garment Association, organizers of CHIC Shanghai, expects to hold in the near term.

According to Chen, who was speaking at the most recent edition of CHIC Shanghai, which ran Oct. 11 to 13, this is an advantage for the industry, which must pivot to creativity and innovation to reach a more sophisticated consumer base in China.

“This industry has been going through a period of transformation and adjustment, not just in China, the whole world,” he said. “The economic fluctuation means the consumer is changing and technological innovations are revolutionizing the industry. We can see that over the last decade the Chinese economy has slowed in growth, but if you want to create a really great industry we should keep a stable pace of growth and grow in conjunction with creativity and innovation.”

Many Chinese manufacturers have expanded their offerings to attract customers by becoming more well-rounded. One of the ways this has flowed through to industry events such as CHIC is the growth in original equipment manufacturer operations exhibiting at the fair.

“Our whole exposition used to be for big companies, these companies that have thousands of stores in China,” Chen said. “There are now newer kinds of companies, own design companies, that are now coming into the exposition.”

“The visitors have also changed and become more diversified,” Chen said. “Before, there were more agents and distributors. But now there are more multichannel, different shops, not just shopping malls but also trading companies, online platforms and buyers.”

It’s this change in visitor profile that has encouraged international brands to show their wares at CHIC Shanghai as a means of reaching a growing community of buyers and stores looking for new and interesting labels not already available in mainland China.

Helen Lambert, business development manager for Vendula London, an accessories brand that was exhibiting at CHIC Shanghai for the second time, said the fair was a good opportunity to reach people who might not travel to showrooms across the other side of the world.

“We tend to find we get a lot of different buyers here, a lot of buyers from around Asia and the Australian market, as well, people who won’t necessarily come to European shows,” she said.

One such buyer was Zheng Jing, who works with a multibrand store in the southern city of Shenzhen, focused on South Korean brands.

One longtime visitor, Yuan Shen, a fashion design teacher at the China Academy of Art in Hangzhou, noticed a lot of positive trends creeping into CHIC Shanghai over the past two or three years, including the internationalization of the exhibitors at the show, as well as an increased focus on design.

“My feeling is that our industry is developing well,” he said. “Originally, there were less international exhibitors. I think it’s a reflection of the market more generally. Consumers are looking for lots of new brands, lots of overseas brands — especially Japan, South Korea, France and Italy — so more of these brands will come here. Our industry is also changing because originally we were manufacturing, but now that manufacturing is moving overseas, now we are starting to become more focused on design. This means Chinese design, but also the best of overseas design.”

In all, the most recent edition of saw 65,700 visitors, a 15 percent increase over last year’s October fair. More than 21 nations were represented among the 837 brands exhibiting at the fair.