Coven Garden is aimed at women aged 30 to 45, counterbalancing the company's portfolio of more youth-orientated labels. 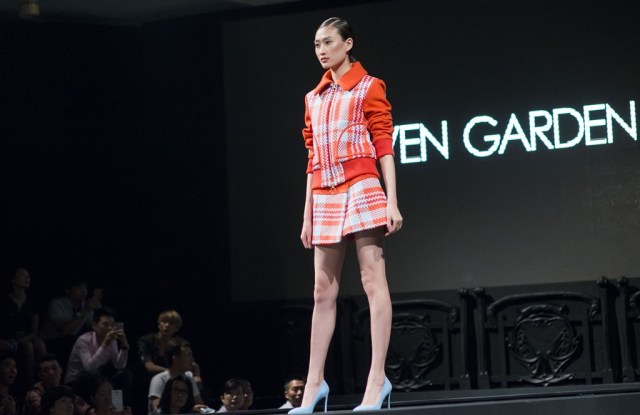 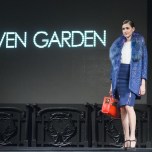 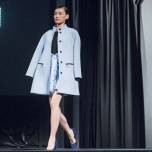 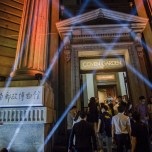 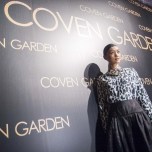 The new brand, called Coven Garden, made its debut Monday night with a runway show of its fall collection. The lineup featured ladylike pencil skirts, cropped pants in French country patterns and embellished tops like flowing blouses with rhinestone or pearl detailing.

“We are targeting more mature women,” said Mirror Zhang, general manager for the brand. “Consumers who are successful in their lives and in their careers and have knowledge of how to live better.”

Zhang declined to disclose sales targets for the brand but said the first store for Coven Garden will open in Guangzhou, Trendy’s home city, this summer, and subsequent openings are slated for Beijing, Shenzhen and Shanghai. Initial stores will be shops-in-shop inside department stores rather than stand-alone retail spaces. She said Trendy aims to open between 10 and 20 Coven Garden retail spaces by the end of the year.

Trendy owns a coterie of brands, almost all of which target younger consumers. One of their flagship lines, Ochirly, has clothes for young women to wear to a club — Coven Garden appears to be aimed at women who need something to wear to a country club. The fashion group has been skilled at creating brands that do not feel Chinese. From design to retail concept, Chinese consumers have remarked that they have thought brands, like Ochirly, were from overseas.

It is clear a similar strategy has been laid out for Coven Garden. While Trendy claims the brand name is not a wordplay off a famous London neighborhood, images of the Covent Garden London Underground stop adorned the entryway to Monday night’s show, held in a museum that was a former Twenties-era post office. Digital screens displayed photos of Princess Diana, Audrey Hepburn and horse racing during the runway show.

Zhang said Trendy chose the word coven because it refers to “a woman with wisdom.”

Zhang said Coven Garden’s price points fall somewhere between mass market and luxury. “There is a hole in the market there,” she said. Prices will range from 2,000 yuan to 10,000 yuan, or about $320 to $1,600 at current exchange. Trendy manufactures the line in China.

Zhang was otherwise tight lipped about Trendy’s business in China. The executive said that things have been “slowing down” for the company, yet mostly because of macro factors, such as slower economic growth in China.

She declined to discuss how the partnership with L Capital Asia, which purchased a minority stake in Trendy in 2012, is going. Trendy has a reputation for being a somewhat secretive company and Jacky Xu, founder of Trendy, has declined repeated interview requests.

“In terms of business achievements, we are still growing with different brands and different strategies and maintenance for each brand,” Zhang said. “For Trendy, as a local fashion group, we need less time to react to the market more effectively.”