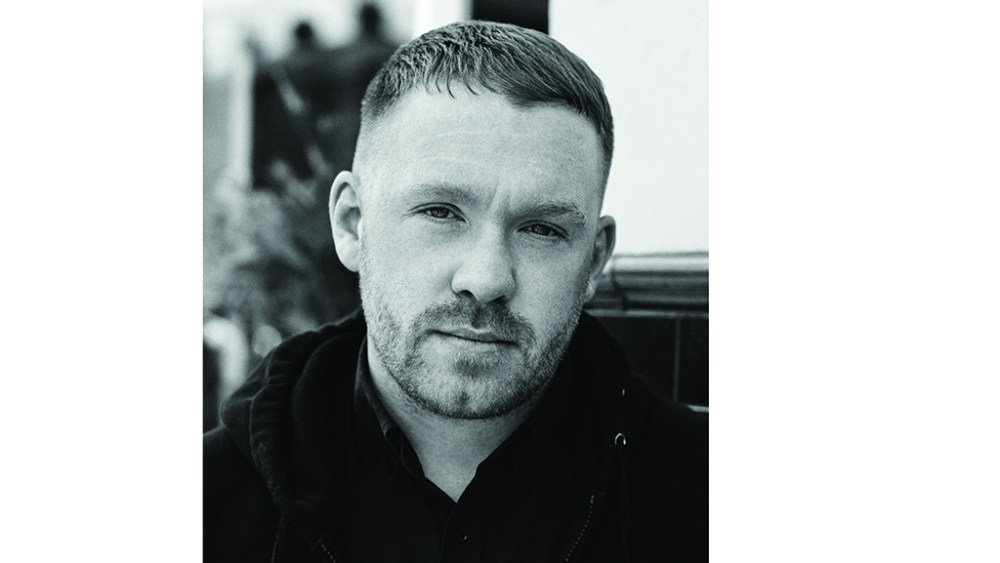 LONDON — Craig Green, the London men’s designer known for his finely tailored workwear, loose layering and the sort of dramatic, floor-sweeping silhouettes that Genghis Khan might have favored, is bulking up his main line with the addition of pared-down core pieces meant for everyday.

The designer admits that his showstopping looks, which have included tapestry-like fabrics, karate outfit silhouettes and swooshing strap and fringe details, aren’t necessarily for everyday — or every retailer.

So he’s reworked about 15 bestsellers and key pieces from his archive, and is offering them as supplements to his main line, giving retailers a bigger opportunity to buy more fully each season.

“No one wants to wear a statement look every day,” said the good-natured Green, who’s dressed for a walk-through of the collection in his everyday uniform of a boxy workwear jacket with patch pockets and dark trousers.

He admitted his look has pretty much stayed the same since his days at Central Saint Martins, when he favored a “delivery-man jacket that was boxy and short — like the way I’m built.”

Green said he took past pieces, stripped them down and put them back together in a “uniform, wardrobed way, the way we dress every day, and with [my] recognizable silhouette.”

The garments have Green’s signature boxy fit and relaxed tailoring. The designer said adding the core pieces will give him license to be more experimental with his main line.

Pieces include lightweight cotton poplin shirts and shirt jackets; other jackets with Green’s signature string and strap details, which have tiny lead weights inside to keep them lying against the body; quilted workwear jackets, and wide-legged cotton and nylon water resistant trousers.

There’s an anorak, too, as well as a spongy bouclé sweater, and a long, breezy skort with an elasticated waist, double-layered leg panels and a removable apron. Green said the latter is designed to also appeal to women.

He stressed that the core pieces are not meant to stand as a separate collection, but act as add-ons to the main line, and with similar pricing. Much like a pre-collection, they will arrive six to eight weeks before the main line and are produced by the same Italian mills and manufacturers as the main collection pieces.

Retailers that will stock the new pieces include Matchesfashion.com, Dover Street Market in London and New York, and Selfridges. In the U.S., Bergdorf Goodman, Opening Ceremony and Forward by Elyse Walker in Los Angeles will carry it. Green is also planning a range with Mr Porter in an exclusive color palette.

Green, who is just wrapping up a studio residency at Sarabande: The Lee Alexander McQueen Foundation in north London, is a serial award winner whose latest accolades include British Men’s Wear Designer of the year at The Fashion Awards 2016.

He bankrolled this latest project with proceeds from the BFC/GQ Designer Men’s Wear Fund prize 2016, supported by Vertu. He also used the 150,000 pounds, or $217,500, prize money to hire a production manager.

Green isn’t stopping with the core pieces: He has a series of new projects including an outerwear collaboration with Moncler, and designs that will feature in the upcoming “Alien: Covenant” film, directed by Ridley Scott.

Scott’s longtime costume designer Janty Yates discovered Green’s collection at Selfridges, and asked him to create the characters’ sleepwear on board the spacecraft and the mercenaries’ military wear. Actors wear his hand-twisted jersey, long johns, skintight clothing and quilted vests.

The costumes are based around Green’s fall 2015 collection, which — coincidentally — featured a sweater with a big cutout hole at the front.

“When we designed it, we were thinking of ‘Alien,’” said Green, who admitted he’s always more of an “Alien” guy than a “Star Trek” one. “I’ve always favored the darker side of sci-fi,” he said.