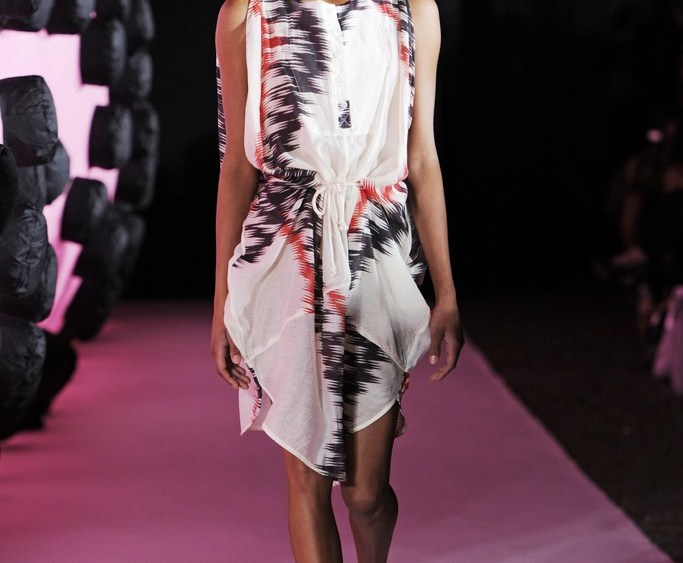 COPENHAGEN — With the Danish fashion industry no longer impervious to the global economic downturn, local designers are responding with brighter colors and wearable clothing designed to appeal to international markets. The industry is also looking beyond Europe, especially to China.

For the first time since 2009, the Danish industry is going through some turbulence. In the first four months of 2012, the country’s clothing exports, which represent roughly 92 percent of the turnover of Denmark’s fashion industry, fell 4 percent versus the same period a year ago, according to Dansk Fashion and Textile, the trade association for Danish textile and clothing companies. Exports were up 11.1 percent in 2011 versus 2010.

“The drop is mainly due to the southern European countries like Italy, Spain and France, which each recorded a 20 percent drop. Exports to the German and Scandinavian markets are still increasing, but cannot outweigh the decrease in the other dropping markets,” commented Michael Hillmose, head of international affairs at Dansk Fashion and Textile.

Hillmose said Denmark’s fashion industry is expected to record flat revenues for the full year 2012. In 2011, it generated turnover of 25.9 billion Danish kroner, or about $4.84 billion at average exchange rates.

Eva Kruse, chief executive officer of Copenhagen Fashion Week, said even though times are difficult, there is still energy and optimism.

The event, which ran from Aug. 8 to 12, opened with a show by rising young talent Freya Dalsjö at Tap 2, a raw factory space in the Carlsberg area, which was being used as a one-shot venue to stage fashion shows, as the City Hall, the usual location for Copenhagen fashion shows, was already booked.

Seven labels made their Copenhagen runway debuts this season, including French Connection, Odeur, Hubert, New Generals and Adidas Originals. Among the 45 labels on the schedule were regulars By Malene Birger, Bruuns Bazaar and Henrik Vibskov, joined this season by native son Peter Jensen, who returned to Copenhagen Fashion Week after showing in London and New York. He previewed pieces from the collection that he will present during London Fashion Week.

Crown Princess Mary of Denmark, who recently landed on Vanity Fair’s 2012 International Best-Dressed List, did not attend the shows this season, as she was in London for the Olympics.

Overall, the trade fair Gallery reported a record 12,101 visitors, up 5 percent from February 2011 and 10 percent versus August last year. (One Gallery exhibitor joked that the large number of U.K. buyers were there to avoid the Olympics.) The Vision show — born from the merger of CPH and Terminal-2 and now housed together in the former Terminal-2 venue — registered 17,838 visitors. It was an increase compared with August last year, according to Vision ceo Peter Fenger Selchau. CPH Vision and urban and denim show Terminal-2 had, respectively, 10,251 and 11,258 visitors attending in August 2011, but figures cannot be compared, as many buyers visited both fairs last year, Fenger Selchau pointed out.

Copenhagen International Fashion Fair has undergone a major rebranding, with a new, cleaner logo by artistic director Mark Jubber. “We want to have a higher level of design-driven brands,” CIFF’s fashion and design director Kristian Andersen explained. For the first time, jewelry featured alongside fashion.

“Danish fashion is evolving. Compared to five years ago, it used to be dark, gray and white, but they saw that clients in other countries need colors, especially for summer. If they want to roll out, they need to spice it up — maybe not for the domestic market but for exports. And that’s what they are doing,” said Sophie Peperstraete, a buyer for Filani, a multibrand store in Antwerp, Belgium.

He fell for Finnish brand Marimekko’s new collection, shown at Gallery before its official presentation during New York Fashion Week — in particular, a coat with striking colors and oversize pockets, which he saw as reminiscent of Celine. Benarroch also lauded Jensen’s spring collection, inspired by the early Sixties, which featured bubblegum pinks, prints, trouser suits and leather bags.

“You always find their clear Nordic aesthetics, the unfinished raw looks. But at the same time, lots of designers are breaking the boundary by taking inspiration from other cultures,” noted Sonja Long Xiao, founder of Alter, a multibrand concept store in Shanghai.

Alter carries Danish designer Camilla Skovgaard, alongside Roland Mouret and Roberto Cavalli. Among the standout collections she saw this time were Anne Sofie Madsen and Jean//Phillip. “It is not easy to find Danish designers in China….It would be a huge potential here.”

“Scandinavians are really strong in fashion,” said Barbara Körmendi, a buyer for the Wood Wood store in Berlin, which boasts its own label as well as Sonia by Sonia Rykiel, Band of Outsiders and Peter Jensen. Among her favorites were Henrik Vibskov, especially his signature prints in knitwear, even for summer.

Mike Mortensen, a buyer from Stoy Munkholm, a hip multibrand store in Aarhus, Denmark, that carries Acne and Wood Wood, said they will add Billionaire Boys Club to the offer. “It is new and has a more American style, compared to Norse or Wood Wood, which have a more Scandinavian aesthetic,” he said, forecasting that caps would be a big trend for spring, both for men and women.

Maria Meilgaard, formerly head of design at Bruuns Bazaar, introduced her brand Foreign Affairs at Gallery, describing it as midway between Acne and Theory. The spring collection is all about colorblocking, fabric mixing and playing with the back.

Dylan Ross, buyer for e-tailer Zalando, said men’s wear trends at the trade show included a mix of leopard print and camouflage, while in the women’s market, printed denim is “massive.”

At Vision, Torr Hovichit, a buyer for Torr Fashion Boutique in Newbury, England, which carries Rützou, Designers Remix and Bruuns Bazaar, said she might buy coats and jackets from the Swedish brand Bric-a-Brac, as they are wearable, with a simple design and nice colors. “Sometimes people like fashion, but they don’t buy it. I go for classic in everything I pick,” said Hovichit, who was attending the Copenhagen trade shows for the second time. “I always find something new.”

Peperstraete from Antwerp’s Filani boutique, which specializes in Danish brands, had her eye on Lise Dige, which showed practical, comfortable pieces, with light cotton and feminine silhouettes. “Danish fashion is minimalist in terms of silhouettes, but no longer in terms of colors,” Peperstraete said.

She said Ayaiu, a brand known for its soft cash-llama knitwear made in Bolivia, was selling well, alongside Kokoon, which makes silk dresses, and Heartmade Julie Fagerholt. “Business is growing for us. In Belgium, Italian and French brands are in every store. We stand out, and we see loyalty to our niche Danish labels,” she noted.

Side events taking place around Copenhagen included the “New Nordic Fashion” exhibition at the Danish Design Museum. It featured David Andersen’s “Zero Waste” project, for which the Danish designer challenged himself to use efficiently every millimeter of the fabric used in production.

Looking ahead, Copenhagen Fashion Week seeks to attract Chinese buyers. “There is a huge interest in China, so we may focus on China for the February Fashion Week,” Kruse said.

“China is the next market for us,” designer Peter Jensen confirmed.