The brand also opened The Townhouse in Greenwich, Conn., a home base for design and operations, as well as product drop events and pop-ups.

The Dudley Stephens pop-up on Bleecker Street in New York.

The Bleecker Street pop-up will stay open until May 5.

Dudley Stephens — whose collection is completely fleece — designs tops, dresses and outerwear for women and children. The clothing is made sustainably in Brooklyn from recycled yarn. The women’s line features such items as fleece cowl necks, outerwear, blazers, vests, ponchos, turtlenecks and cardigans. Retail prices range from $128 to $188.

The brand was founded three-and-a-half years ago by sisters Lauren Stephens and Kaki McGrath, with a conscious mission to make fleece fashionable. The sisters, who would spend summers on their parents’ boat and would wear a zip-up fleece, always wondered, “Why can’t this be a little cuter?” said McGrath, cofounder and chief operating officer.

The concept appears to be catching on. 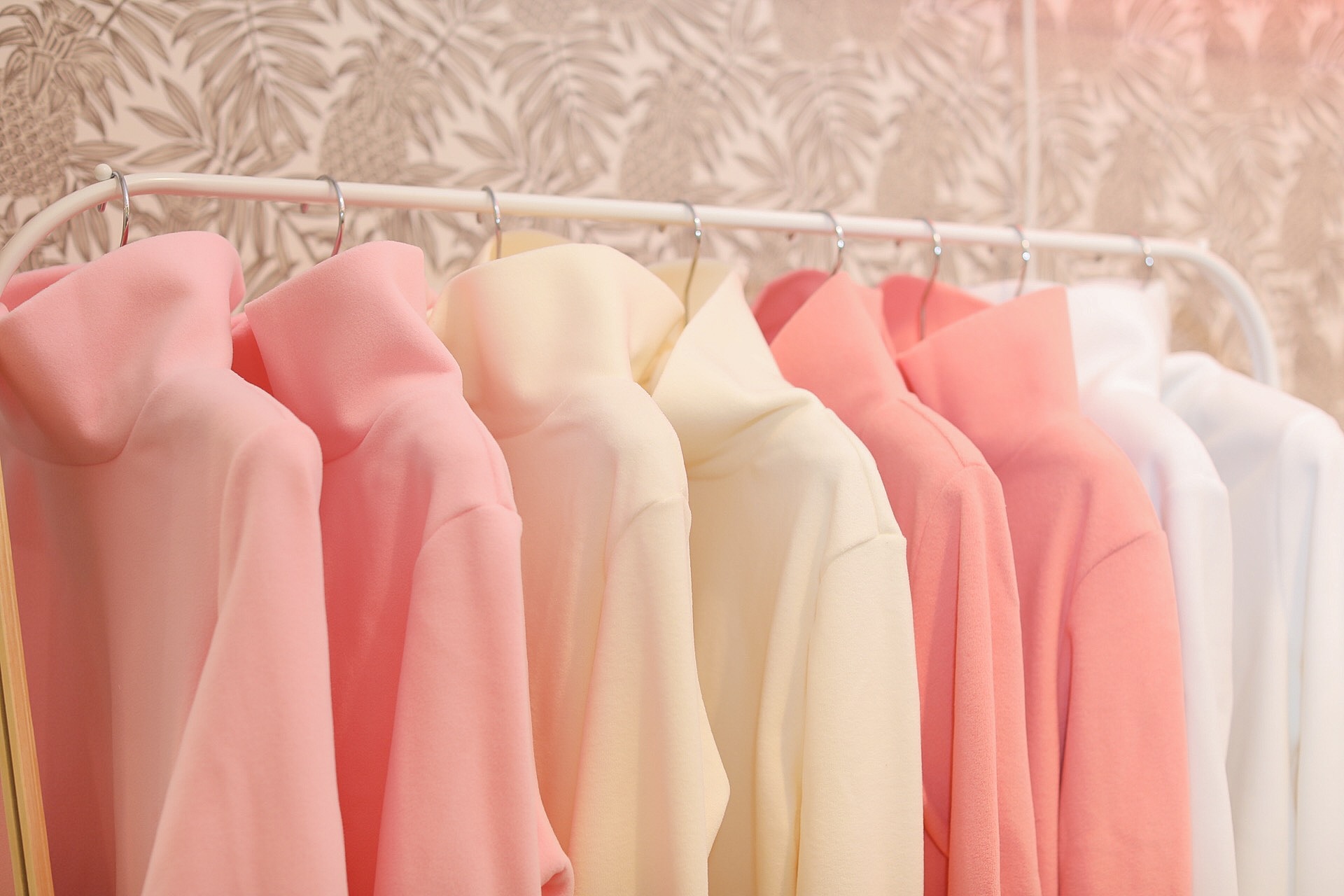 Some of the Dudley Stephens looks.  Julia Dags

Stephens, cofounder and chief executive officer, attributes the company’s success to Instagram. “We’ve done a lot with with influencer outreach and lifestyle and fashion bloggers,” she said.

They did a collaboration with two bloggers, Lemonstripes.com and HappilyEvaAfter.com (Susan Sarandon’s daughter), and the women’s looks they were wearing sold out in five days. Stephens noted that 85 to 90 percent of the company’s web traffic comes through Instagram. The brand saw a 500 percent increase in sales from 2018 versus 2017, and for the first three months of the year, business is again up 500 percent versus a year ago, said Stephens.

Each of the tops is named after areas in Brooklyn such as the Cobble Hill turtleneck, Court Street cardigan and a Brighton boatneck. The company started with all tops and has added joggers in terry fleece for June/July. The colors range from heather gray and off-white to natural blush, pink, island coral, black, navy red and mint. Each of the styles has a pineapple insignia, which Stephens called “a warm and welcoming symbol.”

The fleece is made from yarn that uses recycled plastic bottles. The brand offers four deliveries a year. The sisters said they’re focusing all their efforts on digital and have no plans to wholesale their collection. 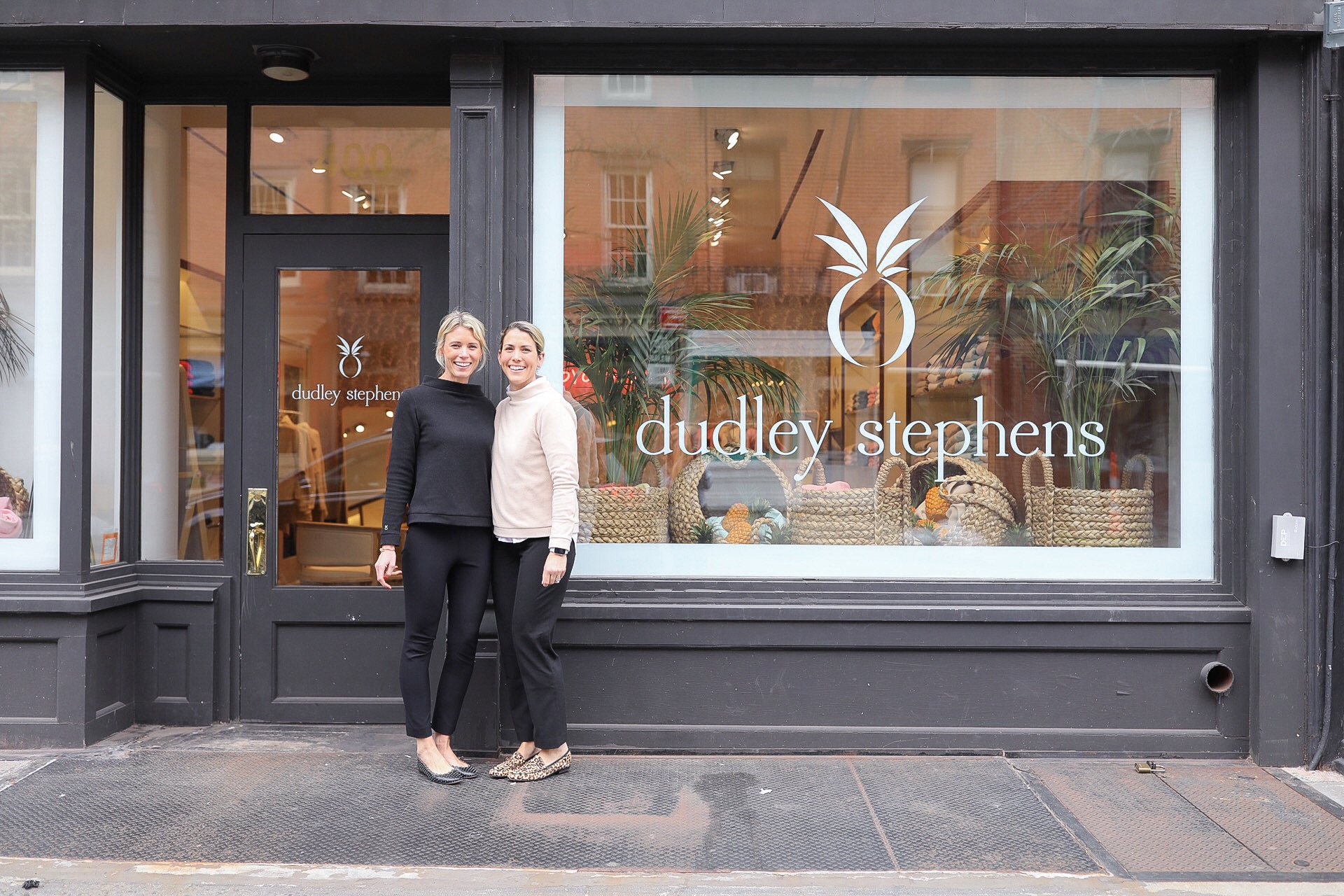 Lauren Stephens and Kaki McGrath at their pop-up at 400 Bleecker Street in New York.

Before starting the company, McGrath, 33, worked at Starwood Hotels, as well as in sports and entertainment marketing, while Stephens, 37, did celebrity dressing and public relations for Gucci and Calvin Klein. Their mother, Bonnie Dudley, helps the sisters with design and fit. Stephens does the modeling on the web site.

Dudley Stephens, which is a combination of their maiden name and Lauren’s last name, targets women between the ages of 25 and 45, and mostly suburban moms.

Stephens said their long-term plan is to have permanent branded stores.

In Greenwich, they recently opened a 1,500-square-foot space that is headquarters for the brand’s design and operations, in addition to serving as a showroom for exclusive product drop events, pop-ups, and partnership events. The company also plans to shoot content and broadcast new product launches from this location. 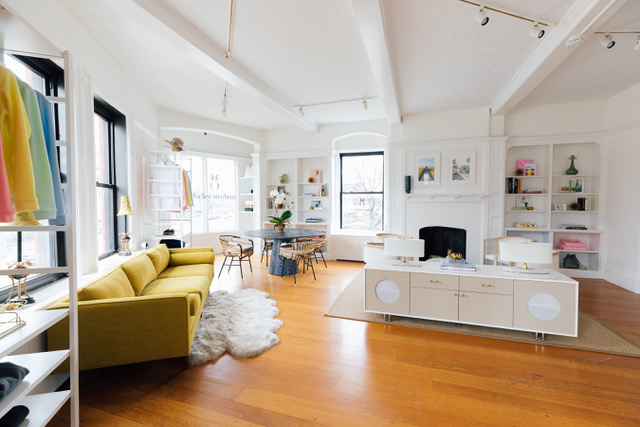 The Townhouse in Greenwich, the new home base for Dudley Stephens.  Julia Dags

The brand sells through its web site, dudley-stephens.com. It is also part of a pop-up collective Batch at Hudson Yards through April 22.