A combination of the right designs at the right prices allowed the company to move from private label to growing its J.O.A. and Moon River brands along with plans for a denim-centric line next year. 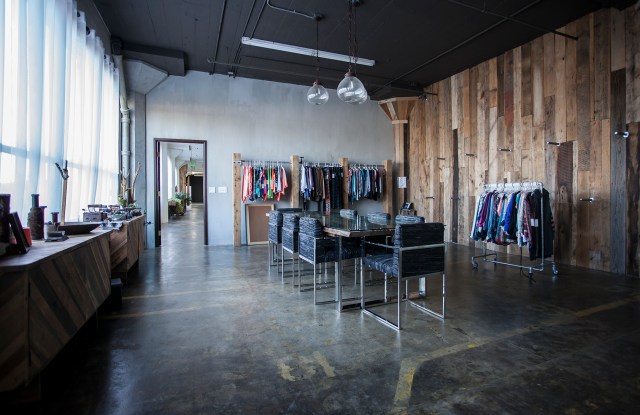 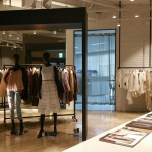 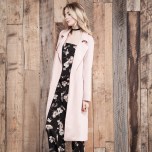 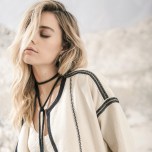 A combination of business savvy and a keen eye for what’s hot at the right price has allowed women’s wholesaler Edgemine Inc. to now turn its attention to brand building.

Three years ago the business launched its contemporary line J.O.A. (Just One Answer) and in January began shipping a new label, the vintage-inspired line Moon River. The company’s in development on a denim brand — the name of which is still being finalized — that launches next year and also includes tops, dresses and outwear. It’s also in beginning talks about a possible men’s contemporary line.

“Up until now, everything’s been organic and accidental,” said sales director Sarah Kang, whose parents — chief executive officer Kevin Kang and chief operating officer Christin Kang — started the business in 1994 with the launch of Mine.

The Kangs, who remain sole owners of the business, came from humble beginnings, operating first as a retailer at swap meets in the Slauson Avenue area before moving along with other fellow vendors to the San Pedro Street area in the late Eighties. At the time, Kevin was seeing many of his friends starting wholesale businesses and decided to join them.

“No one used the computer. I was the first one [who] turned it on. Everybody told me ‘If you push that button you get fired,’” vice president Kristen Han said jokingly of the company’s early days. “That was 15 years ago. There was no e-commerce market.”

Edgemine has U.S. headquarters in Los Angeles where it takes up about 200,000 square feet and employs more than 160. It also has a branch office in South Korea. It wasn’t until more recent years the firm became focused on the branding of its own labels, in particular J.O.A. and Moon River. Interestingly, both labels dip into similar customer and retail bases, although Sarah Kang said J.O.A. is purely contemporary whereas Moon River has the potential to net a broader range of ages.

“We’re always trying to do new things and one of our mottos is always about change,” Sarah Kang said. “At the time [of J.O.A.’s launch], is really when we started to see the market change and Zara really come up. We did J.O.A. as a project not expecting anything. It was about bringing these fast-fashion designs at a really great quality and overseas sourcing that we thought was not in the U.S. market, with the production capabilities of the businesses we had done before.”

J.O.A., three years ago when the company took its samples to New York to show buyers, never sought to compete in the $200 to $300 price point segment giving it a leg up. The line today is carried by Free People, Revolve, Nordstrom, Lord & Taylor, Bloomingdale’s, Shopbop and Anthropologie among other retailers.

The Kangs see potential in growth via international, with distributors from outside the U.S. now calling.

Another growth avenue is partnering with retailers on offshoot lines. J by J.O.A., which was launched last year, is now sold on target.com.

Brick-and-mortar in the U.S. isn’t a focus but the company is exploring opportunities for physical retail in Asia, where the founders have connections and a J.O.A.-Moon River store that’s now been open for about a year. A second door opened in China this month.

“So much is shifting toward online shopping. Retail, it’s not booming,” Sarah Kang said. “If anything, it’s becoming more and more difficult and the fact that we’re in all the Nordstroms, all the Bloomingdale’s — physically, we’re there through our major retailers.”

In April, Edgemine launched e-commerce for J.O.A. and Moon River. It’s something the company said it’s still experimenting with, but it’s also about laying the groundwork as the company builds distinct brand identities for its lines.

Beginning this month, the company begins selling web exclusives on each of the sites, totaling between 30 and 40 styles released monthly.

As for how many brands the Edgemine family could swell to, the Kangs aren’t focused on the numbers, with the privately held company declining to provide financial information.

“It’s about reacting and continuously spitting out what we believe is missing,” Sarah said of Edgemine’s strategy. “As we’ve grown, a lot of opportunities have come to us. My parents have always [said] if you continue to work hard, it’s about being ready when the opportunity rises.”