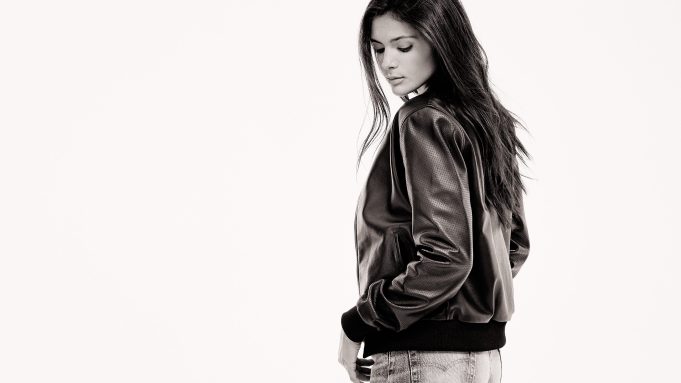 The women’s trade shows in Los Angeles had a slow start this month.

Foot traffic was light, and some of the shows were so small that the California Market Center condensed four fairs from different venues in its building to a single space in the Fashion Theater. Still, emerging brands seized the opportunity to exhibit among established lines such as Rebecca Minkoff and JET by John Eshaya. Here are some labels to keep an eye on.

Minden Chan made the jump from obtaining a degree in oceanography at the Massachusetts Institute of Technology to starting his first namesake clothing business in 2007 by learning how to design and sew. Picked up by Barneys New York, the women’s sportswear collection lasted a year before he decided to evolve it into a lower-priced T-shirt line. Between 2009 and 2016, when he offered his minimalist but sophisticated knits, he came upon a realization. “It’s kind of tiring a little bit and there are a lot of similar lines,” he said. “Why not come back to a complete line?”

MCT Editions, as his third fashion venture is called, maintains a subdued style with a black cashmere-wool sweater coat that features a frayed French seam, a boxy black and white shell that mixes silk pleats with wool felt and gray cotton sweatpants that are cut baggy and short to evoke sporty culottes. For an arty touch, he adds a dense print of ditzy flowers painted acid yellow and pastel lavender. A black, ribbed turtleneck sweater in cashmere and wool features a slit to expose the throat. Rather than being a design flaw, the sliced neck was deliberate, Chan said, “to make the shape a little more mysterious.”

Show: Brand Assembly
Brand: Page Thirty
Designer: Susan Cho
Headquarters: San Francisco
Launch season: Fall 2016
Retail prices: $1,470 to $1,590
Retailers: Therapy in Pasadena, Calif.
Background: Leather jackets have become such a mainstay of the fashion industry over the past few years that not even the banking sector was immune to the trend. But nothing was to the liking of Susan Cho, who built a career handling public relations among bankers. “I was trying to find something that is business appropriate but also fun and feminine,” she said.

Her solution was to start Page Thirty last fall with two styles, a black bomber and a moto zip-up. While the silhouettes were similar to what was already available on the market, she tried to differentiate it by using only Italian lambskin leather and suede, silk lining and zippers colored rose gold and charcoal by a Los Angeles-based manufacturer. She believes her focus on domestic production gives her an edge over competitors, even those who shave $300 off their prices by relying on foreign factories.

Another advantage is the absence of doodads on her jackets. Her latest offering is a bolero that comes in three variations, such as one in smooth cream leather with a notched collar and piping along the edges and another in gray suede with a high back and darted front panels.

“The simplicity is a big aspect,” she said.

Show: Select
Brand: Shabbella
Designer: Shab Sadeghi
Headquarters: Newport Beach, Calif.
Launch season: Spring 2016
Retail prices: $55 to $180
Retailers: Mi Place in Newport Beach, Calif.; Langham Huntington in Pasadena, Calif., Claremont Club & Spa in Berkeley, Calif.
Background: A petite dancer who always has made clothes for her workouts, Shab Sadeghi didn’t see much of a stretch to designing ath-leisure for other women. An offshoot of her collegiate line, which launched in fall 2015 and catered to fans of the University of California at Berkeley, Stanford and other schools, Shabbella appeals to women who like the comfort of activewear but prefer a look that, in Sadeghi’s words, “is very chic and very classic.”

Made in Los Angeles, her polished and versatile collection includes heather gray ribbed sweatpants that lace up in the front with black ties, a black French terry dress that is acceptable for date night thanks to a wide neckline that can be tugged down for an off-the-shoulder style and a tan Ultrasuede sports bra and matching capris that are comfortable enough for an outdoor hike.

Sadeghi doesn’t compromise on comfort. On a recent weeklong trip to New York, she found it annoying that a miniskirt with a cutaway hem kept riding up due to an ill-fitting waistband. So she eliminated the piece from her collection.

Another constant in her designs is her past experience as a professional cheerleader for the Oakland Raiders and San Francisco 49ers. “That’s why there is a sport influence in everything I do and has become my signature,” she said.