"We are trying to stop the bleeding in terms of the impact of plastic on our planet,” Alison Melville, Everlane’s general manager of footwear and accessories, said of the sneakers with soles 94.2 percent free of virgin plastic.

Everlane dropped its first Tread by Everlane sneakers in April.

Everlane is on a mission to make sneakers more sustainable with its new Tread trainers, which are coming to downtown Los Angeles via a new concept shop.

Open to the public April 26 to May 19, the 800-square-foot Tread by Everlane space sells the — mostly — direct-to-consumer brand’s new fashion sneakers developed more than two years at its San Francisco headquarters, and made in South East Asia with leather from a gold-certified tannery, a sole that’s 94.2 percent free of virgin plastic, and laces and linings made of recycled plastic bottles.

“We have had women’s dress shoes for some time, and kept getting asked when are you going to do a sneaker. It’s part of the American uniform and sits very well with our basics,” Alison Melville, Everlane’s general manager of footwear and accessories, said of the $98 trainers for men and women, which come in off-white, blush, glacier blue, gray, butter, navy and black, and already have a waiting list of more than 50,000 names long ahead of the Friday launch. 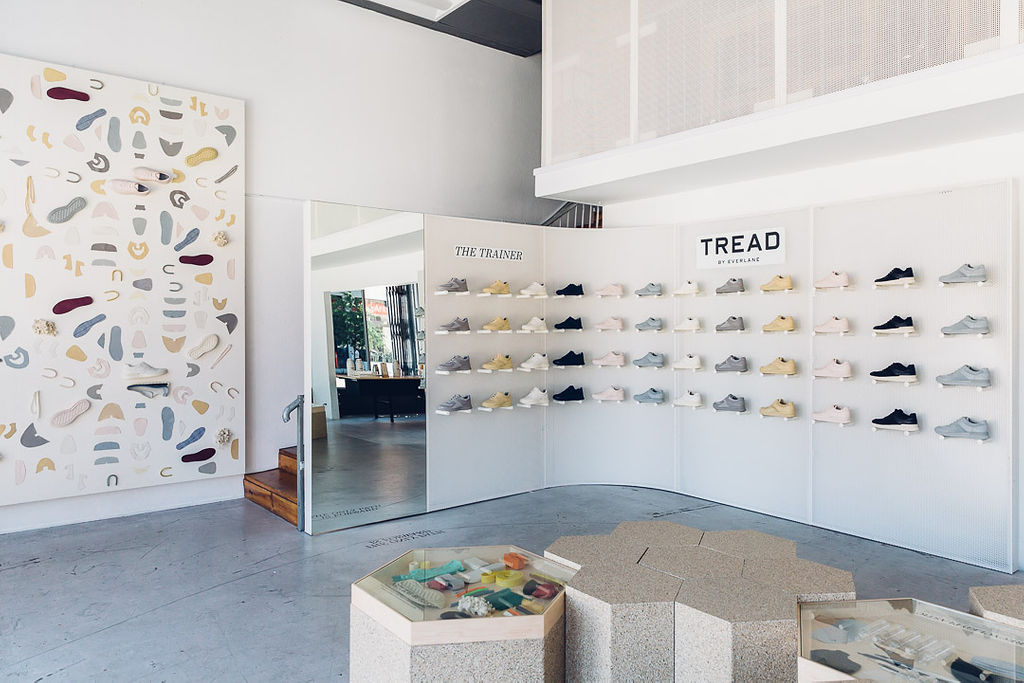 The pop-up is at 958 Broadway along an emerging stretch of retail in downtown L.A., with the Ace Hotel, Theory, Acne and Urban Outfitters stores nearby. “I used to live in downtown L.A., it was quite different then,” said Melville, who worked at American Apparel early in her career. “There is so much culture moving and happening down here that speaks to the story we want to tell with the sneaker.”

Following underwear and denim, sneakers are the latest category for the online brand founded by Michael Preysman in 2010 on the principle of transparent pricing. Everlane also has physical stores in New York and San Francisco, where the sneakers will be available until they run out. 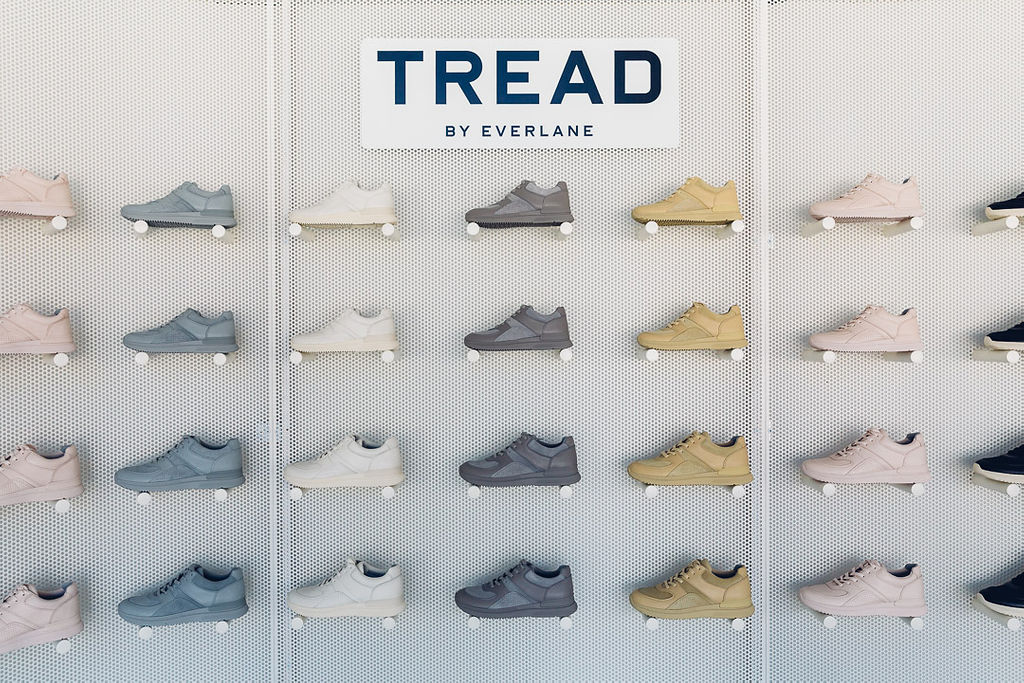 “Everlane has made a commitment to eliminate virgin plastic by 2021. We are trying to stop the bleeding in terms of the impact of plastic on our planet,” said Melville, noting that most sneaker soles are majority virgin plastic, but most brands do not disclose that — or address the fact that billions of shoes end up in landfills. “We had to delve deep to make them better,” she added of Everlane’s designs, explaining that getting a natural rubber sole to work on a sneaker was the biggest challenge, because it is not as lightweight as plastic. She and her team ended up creating a cavity in the sole to adapt.

In keeping with the mission, the new L.A. store is designed using sustainable materials including recycled rubber and natural birchwood. It features a sneaker ceiling display, a wall installation of Tread sneaker parts, and product education tables explaining the shoe anatomy and production steps.

As for the name Tread, that has meaning, too, said Melville: “We are not saying we are perfect, there is still a lot of work to do on this shoe. But it’s about the journey forward.”