With the economy imploding and the industry in crisis, a stellar fall '09 season proved that fashion still offers plenty to love. 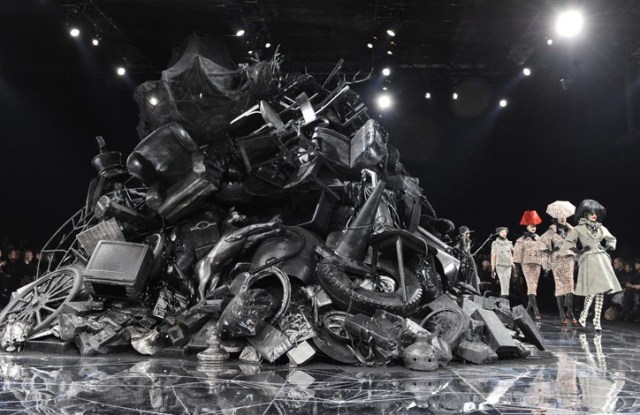 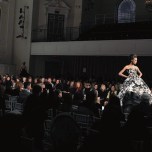 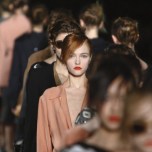 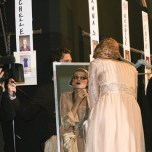 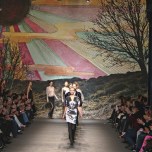 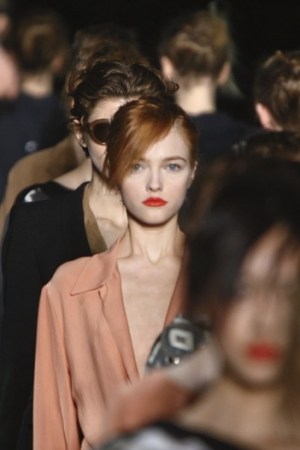 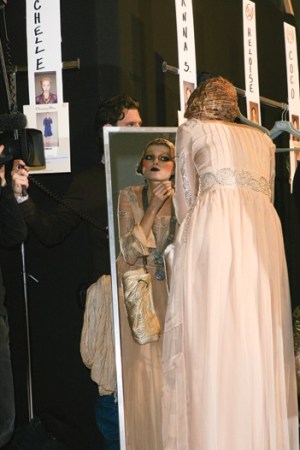 Brilliant showman that he is, Alexander McQueen understands the power of high contrast and visual metaphor. By showing his ultrahaute, ultraglam fall collection against the backdrop of a giant— albeit highly stylized— junk heap, he determined, in typical style, to use his runway to make bold pronouncements rooted in spectacular fashion but with a deeper essence. The topics thus covered with silent bravado to provocative effect: the value of history, recycling materials and ideas, self-acceptance and toughing it out in hard times (not to mention an almost surely deliberate swipe at his former employer LVMH Moët Hennessy Louis Vuitton via flamboyant retro Dior references). McQueen most likely did not intend, however, to offer a stark, somber snapshot of the season as a whole, one like no other in memory. Yet he did, his fabulously high-style red, white and black peplumed, houndstoothed, bustled, feathered, New Looked extravagance set against— and competing for attention with— that ominous pile of junk. Love among the ruins. Such was the season as a whole, a season of wonderful fashion juxtaposed against, and fighting for relevance within, a worldwide economy in shambles.

The shows approached amidst much conjecture: Would designers stare down the doldrums with defiant fashion or play it safe? From the start, the former proved true. The earliest, most overt expression of that force came via Marc Jacobs’ riotous, vibrantly hued ode to New York in the Eighties. By the time the season closed a long four-plus weeks later with a beauty of a Miu Miu collection, it could boast countless dazzlers, including a wistfully romantic Ralph Lauren, an exotic Christian Dior, a girly military hybrid from Comme des Garçons and, from Prada, a Forties-inspired affair that put coats, suits and itchy wool short shorts with thigh-high waders in a perfect marriage of not-so-subtle perversity and chic.

Few designers saw this as a moment to hedge. The younger, smaller types came out swinging as well, and not just the Rodartes, Taos and Thakoons of the world. Especially in New York, a surprising— make that shocking— number of newcomers showed for the very first time, many wowing their audiences with beautiful work. But why now? Prabal Gurung said his launch was the culmination of a long-in-the-works business plan; Bensoni’s Sonia Yoon explained that she and partner Benjamin Channing Clyburn felt pushed toward major fashion since “people only want to buy special pieces now.”

Yet for all the beautiful clothes, one couldn’t avoid twinges of deck-of-the-Titanic futility, but with that proverbial fashion twist. Here, passengers weren’t dancing blithely unaware, but in defiance, because what else could one do?

Day after day, week after week (we’ll touch on that one in a moment) came the onslaught of sobering news, some pragmatic— responsible people downsizing their venues or canceling fun-but-unnecessary parties; some devastating— the Dow diving to a nearly 12-year low with retail stocks slammed, some stores closing and others slashing budgets. Anecdotally, retailers acknowledged flying coach and downgrading hotels; numerous editors went home between Milan and Paris. As the weeks turned into a month and counting, Americans spending most of that on the road, virtually everyone started grousing about the money being spent, and eventually, the work piling up back at the home office. Milan’s chief budgetary culprit: the price of the hotels— close to thievery. In Paris it was the let-them-eat-cake schedule, which saw at least two days with one major show in the morning and the next not until four or five in the afternoon. Nor was New York sans indulgence. God bless the young designers. But they must grow up and realize that by insisting on individual shows in whichever dingy corner of the city they can finagle their location deals with no regard to the rest of the day’s schedule, they are frustrating, and yes, irritating the industry grown-ups who’d love to see their wares but can’t. In so doing, they are hurting themselves. The square root: This season could have, and should have, been shorter (and ultimately cheaper) by at least three days. Thus, toward the end, even as Paris fashion soared, the mood of its audience bore all the joy of a protracted funeral.

In a way, outrage over the cost of a hotel breakfast provided diversion of sorts from the more oppressive gloom that clouded the season and hasn’t lifted an inch: What’s next? With retailers on record about slashing inventories and dropping non-core resources, how much of what was shown will find a home at retail? Of that, what will lure women, still able and willing, to buy? Are fashion houses doing all they can to deal with the crisis?

Creatively at least, that last question got a resounding “yes.” Whether in spite of or prodded by an epic communal fear, designers made the fall 2009 collections splendid in their daring, their diversity and, ultimately, their hopefulness. Against the ruins, a labor of love and determination.