Fashion week in Los Angeles, which now stretches for several weeks, is trying to overcome an identity crisis.

By Marcy Medina and Rachel Brown on October 7, 2009
View Slideshow 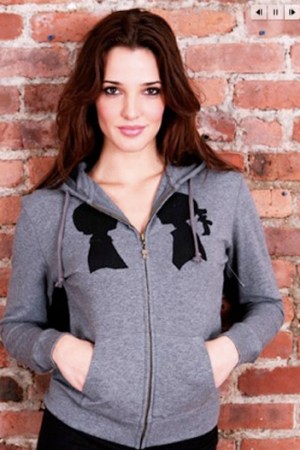 This story first appeared in the October 7, 2009 issue of WWD. Subscribe Today.

Many in the industry thought Los Angeles Fashion Week would implode with the exit of event producer IMG a year ago after a five-year run, but organizers have been able to return to the original goal — shows featuring local designers, timed with the city’s two apparel markets, and staged in landmark venues in the garment district and in Hollywood.

Although sponsors are still scarce, the activity hints at optimism for the city’s fashion scene.

“I have watched so many fashion weeks fail, so part of my mission is not just to be an exhibition space for designers, but also to support the industry’s new talent,” said Barbara Graff, a partner in the returning Downtown Fashion Week with Leanna Lewis and Juan Rodriguez. One of its shows featuring emerging designers is being sponsored by the city’s Department of Cultural Affairs.

Other new players also see opportunity in the region with the biggest retail market and clothing production center in the U.S.

“People were disappointed with events in the past, but I see potential to build a fashion monster,” said Nicole Purcell, a partner in New York-based Rock Media and Entertainment. The firm recently merged with Gen Art, which has staged biannual events in Los Angeles since 1997, to become RMGA LLC. Their new three-day event, Rock Fashion Week L.A., will open with Gen Art’s Fresh Faces in Fashion show Oct. 29 at Paramount Studios in Hollywood.

“Our merger has given Los Angeles Fashion Week an important anchor,” said Gen Art founder Ian Gerard. “It’s been flailing in the wind in terms of being a cohesive week, and everyone’s looking to someone to organize it. Creating multiple days in a well-regarded location is the first step to getting other groups to rally around the same time frame.”

“That was a tough draw because it is an industrial area,” said Mikey Koffman, who is producing a new event this season, L.A. Fashion Weekend, at Sunset Gower Studios. “Not a lot of celebrities and buyers want to go [there] because it is off the beaten path, and it doesn’t really have anything to do with fashion. By making the move to Hollywood, we are trying to give fashion week a Hollywood image.”

Koffman acknowledged the past few seasons without Smashbox Studios co-owners Dean and Davis Factor have been “a little frustrating.” Davis Factor has said he will return to fashion week when the economic climate improves, adding, “I want to wait until I can do it right.”

In a city where convenience and brand names are important, the Geffen Contemporary at MOCA (Museum of Contemporary Art), the site of Downtown L.A. Fashion Week, is a draw for attendees as well as a credibility booster for potential designers and sponsors, Graff said.

L.A. Fashion on Broadway, the newest event set for downtown’s Los Angeles Theater (BoxEight, the fashion and art organization, and Gen Art have also used the venue), is supported by the city as part of its “Bringing Back Broadway” initiative to revive the theater district.

The two-day event will focus on runway shows for buyers and press attending Los Angeles’ contemporary market, minus the parties.

“Our aim is to keep the focus on fashion,” said executive producer and founder Lasia Casil, who also works as a bicoastal retail real estate broker. “I know the hard numbers for designers to be in business. It’s my goal to keep their costs down and bring them to market.”

Casil began producing shows for designers such as Fremont, Brian Lichtenberg and Raquel Allegra because of her passion for fashion and her hopes those she nurtured would eventually turn to her when looking for retail space.

Casil said she wants downtown to become the epicenter for future fashion weeks, despite competition from Hollywood.

“I don’t think we need to be the only fish out there, as long as we work together,” Purcell said of her Paramount Studios venue.

What the organizers seem to agree on is that comparisons with fashion week in New York are unfair.

“My frustration is that we get compared to New York, when we aren’t trying to be New York,” Koffman said. “The buyers, I think, already get it. It is [in] trying to get the press on board that we have our work cut out for us.”

With collections season winding down in Paris after stops in New York, Milan and London, Graff said, “The reality is that we come after every other fashion show in the world, so it is hard to gain credibility because so much has become before you. But we are trying to take a stand for L.A. fashion.”