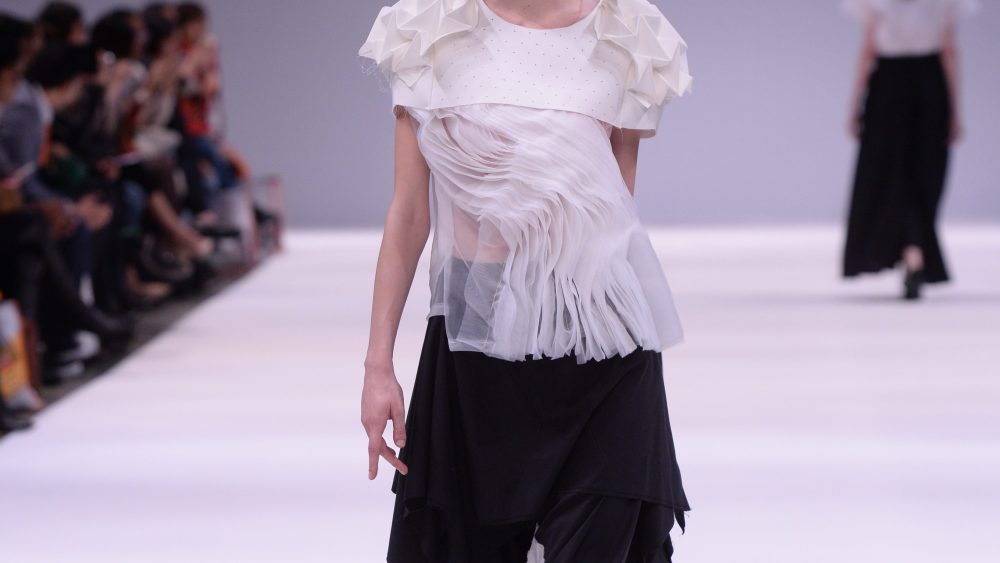 HONG KONG–Currency concerns were a major talking point at this week’s Hong Kong Fashion Week. The highly-varied sourcing show, which ran Jan. 16 to 19 at the Hong Kong Convention and Exhibition Centre, offers a mix of fabrics, bridal wear, eveningwear, sportswear, accessories and denim.

The fall-winter edition of the show saw around 1,500 exhibitors- up from the roughly 1,200 that turned up for the previous edition in July.

Ricky Lui, senior buyer for a Global Management Services, a German sourcing company, has been a regular to the show for the past decade, coming twice yearly. This fair, he was on the hunt for sweater garment businesses and found a few potential business partners he said, although headlines of a hard Brexit were hard to ignore.

“The euro depreciation is the issue,” Lui said, explaining that he was shopping around on behalf of a German department store. British Prime Minister Theresa May indicated this week that the U.K. would not remain in the single European market but would renegotiate treaties with the EU.

David Shen of Rion, a Fujian-based activewear company, voiced similar concerns as around half of his company’s business is conducted in Europe. He said he is less worried about the U.S. which accounts for around 30 percent of his customer base, in-spite of the anti-China rhetoric from President-elect Donald Trump.

“I don’t think Trump after he becomes president, I don’t think the policy will be changed so much. Some factories and companies will think next year or the coming days that business will be affected but I myself think it’s okay,” Shen said.

Despite the fact that many companies are shifting their sourcing and manufacturing out of China to other low-cost countries, China’s more comprehensive and efficient ecosystem keeps it competitive, Shen said.

“More and more trading companies purchase in Vietnam and Cambodia but in Mainland China and our quality and materials are more convenient. I think that China has our own advantages. In Cambodia and other Southeast Asian countries, they don’t have good, competitive production capacity,” he said.

Tissa Chun, of Chun Wing Hing Trading Co., a wholesale fabric supplier, said that it helped that the Chinese yuan has depreciated but pricing is still causing pain in a highly saturated market.

“The currency of the rmb is going down so it’s more competitive around the world,” Chun said. “The main problem is the supply is still more than demand.”

She said she’d seen a lot of requests for eco-friendly textiles but deals didn’t eventuate because pricing was an issue. “Most people prefer bamboo fabrics or recyclable fabrics. People want it but they’re not willing to pay for it,” she said.

While several people expressed dissatisfaction with the scale of the event saying that it wasn’t as well attended as in the past–a sentiment heard for several years running now–feedback from smaller brands was overall quite positive. Ornwassa Siamseranee, co-founder of a young activewear brand Wakingbee, said that the company had been happy with the international range of buyers they had met at the event. The Thai brand, which is stocked in Taiwan and Malaysia, is hoping to expand its reach with distributors regionally and had tried other regional Asian fashion events but felt this was the most international.

“We went to Japan Fashion Week last year and it was quite Japan-specific, the buyers are not as diverse as this. We saw people from quite a lot of countries from Malaysia, Australia, Europe, South America, Korea,” Siamseranee said.

Hong Kong Fashion Week also featured a series of panels and talks about trends in the industry.

Jennifer Myrans, a designer for an Italian company Mino Maestrelli, said she found a seminar on yak fibers valuable. “It was showcasing alternative knitting and a 3D-knitting seminar, just showing new technologies and ways of manufacturing knitwear,” she said. “The air permeability is a lot better than cashmere. The feel isn’t softer because cashmere is a lot thinner but as an alternative and being warmer and originality as well, it’s really interesting.”