The hoodie is sure to figure in lists of the defining fashion trends of the Noughties. 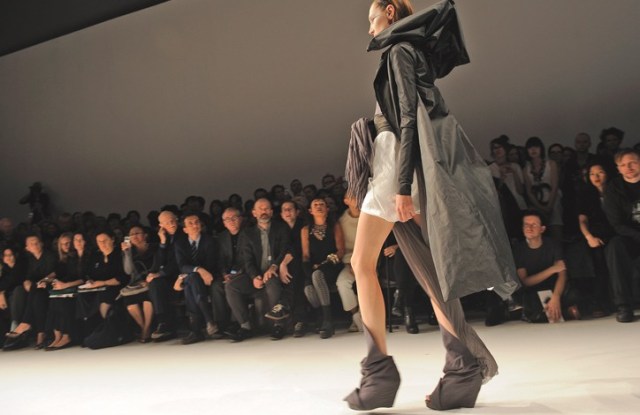 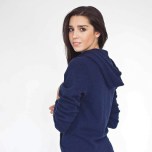 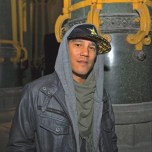 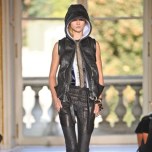 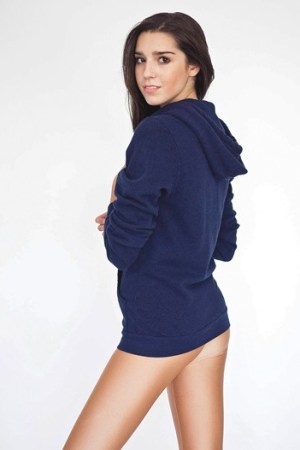 The Dov’s Hoodie at American Apparel.

PARIS — The hoodie is sure to figure in lists of the defining fashion trends of the Noughties. And a new decade begins, the popularity of the iconic sporty style shows no signs of abating.

“I like the simplicity and universal application: Christ wore a hood, the Unabomber wore a hood, Grace Jones wore a hood, Dante wore a hood,” mused Owens, whose spring collection featured a Gothic take on the style, crumpled around the neck or jutting out from it ominously.

“The hood is a permanent element in a man’s wardrobe. It has always existed as a staple in ready-to-wear and as a piece of history and costume. It has a utility function which protects, and it’s aesthetic and flattering,” added Dior Homme designer Van Assche, who also has his own label.

Indeed, hooded figures can be seen everywhere regardless of gender, age, ethnicity or occupation.

“I guess the hoodie is kind of part of the skater uniform,” shrugged Sergie Ventura, a professional skateboarder.

“It’s part of the urban wardrobe,” said Sonnet Stanfill, fashion curator for the furniture and textiles department at the Victoria & Albert Museum in London. A recent acquisition by the museum, a crystal studded hoodie by Sean “Diddy” Combs, underlines that despite its humble origins — it was created in the Thirties for the American labor force — the hoodie is now also, as Stanfill explained, “iconic because it is playing with something that was sport and becoming a fashion item.”

Sportswear brands and fast-fashion retailers count the hoodie as a perennial bestseller. “The sweatshirt is a quintessential piece of American sportswear at the core of the Gap brand — I love the idea of reinventing it in different shapes this season and playing with the idea of the perfect sweatshirt; for women making the neck slightly wider, and longer through the body, and for men reworking a classic hoodie with raw edge detailing,” said Patrick Robinson, executive vice president of design for Gap Inc.

“The F4597 Flex Fleece Zip Hoodie is the most popular style of hoodie for us. One new style that we think is next on the radar for men and women is the Dov’s Hoodie,” he noted.

“They are just so easy to wear. In my last collection, I took the idea of an old hoodie I have and created a cool blazer with a hood attached,” said Erin Wasson, the Texan model and designer.

Wasson counts the hoodie as her staple. “For me they are such a cool contradiction; such a correlation between hip-hop and sport and fashion,” she said. “[It’s] always been a part of my wardrobe — no matter what the trend.”

“I suspect that there’s a nomadic association that appeals to a culture that might be feeling a little overconnected and oversaturated,” said Owens, commenting on the mystery and intrigue created by wearing a hood.

“The hoodie is great. It’s like being in a cave on your own and your own world,” agreed skater Reese Forbes, who throws on his hoodie when riding his skateboard.

Although its design origins are not dissimilar to the monastic cowl, the hoodie seems to transcend trends whether it’s studded, fur-lined, logoed, zipped or unzipped.

Said Wasson: “At the end of the day you can just pop that hoodie up!”