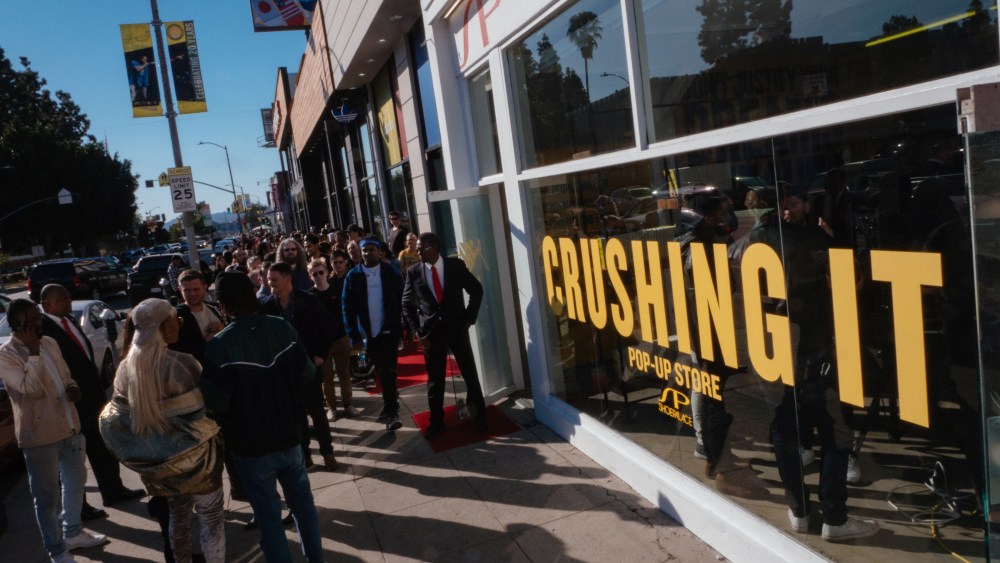 Most everyone likes a comeback story. The turnaround of K-Swiss presents an interesting one.

The company is in the midst of a renaissance mirroring that of downtown Los Angeles, where it has its headquarters, and is seeing the green shoots of a turnaround strategy now entering its third year.

When efforts first began in 2016, management initially looked inward, clearing away excess inventory, adjusting prices, overhauling the U.S. sales team and making hires in design and marketing. The company also made the leap from the suburbs of Westlake Village to downtown’s urban core, setting it closer to the pulse of the major transformation now underway.

“We’re experiencing some results now from the blood, sweat and tears of the past couple years,” brand president Barney Waters said. “We’re exhausted.”

K-Swiss was able to end last year with what Waters called “a hair of [revenue] growth for the first time in a long time and a much improved position on profitability.”

The company declined to reveal revenues, but the executive said it’s a nice setup for 2018. The company expects to boost marketing this year on a spring order book that’s now up more than 90 percent in the U.S. and 40 percent globally from the year-ago period.

There will be no tapping of the breaks, however, with the company set to relaunch men’s and women’s apparel in the second half in a bid to continue to ride the Nineties heritage wave. The move gives K-Swiss a head-to-toe presence in the marketplace not seen for many years. The lifestyle collection embodies the brand’s roots with the old logo and colorblocking, in addition to basic sportswear pieces. The rollout at PacSun begins in the third quarter, along with select doors of Foot Action and Foot Locker in the U.S. The line will launch at Urban Outfitters and Asos in Europe.

China, where the company is expanding its store count, represents big growth opportunities, as do parts of Europe, according to Waters. However, at the moment, the U.S. is the primary growth engine.

“K-Swiss has always been a brand where the halo effect came from this market so we’ll continue to build this and right now that’s playing out,” Waters said. “We aim to do that and it’s worked. This is where we’re getting the strongest growth, but if we get the model right in China with the retail concept, that could easily catch up. You could go from zero to 100 stores in a matter of months.”

K-Swiss currently has about 200 branded stores in Asia, operated by distributors in South Korea and China, while the Hong Kong and Taiwan stores are subsidiaries. That store count could double by 2019, although the plan for U.S. retail isn’t as ambitious.

“I just think it’s really hard to make money at retail these days as a monobrand,” Waters said. “I think we’re fine doing what we’re doing with our wholesale partners [in the U.S.]. I’d love to have stores selfishly to promote the brand and have a brand experience, but it’s tough out there for retail.”

How the company, started by brothers Art and Ernie Brunner as a tennis brand, got to where it’s at is an interesting tale. It was at one point public, with its stock at the height in late 2006 running around $35, but losses mounted and the company went for a buyout in 2013 that took it private. Today, the growth is being led by refreshed messaging and an internal mentality that views the business as an upstart, despite its long history.

“When you’re a challenger brand with some really powerful incumbent competitors, innovation isn’t a ‘nice to have.’ It’s a ‘you have to have,’” Waters said. “If you don’t, you won’t survive. So innovation for us has come out of a survival instinct or desperation, not from creative whim. If we follow the formula, we’re toast.”

Brian Keating, the company’s vice president of product and a long-time employee, put an even finer point on it.

To that end, marketing efforts have not focused on what works for the competition.

While Nike and Adidas more recently went head-to-head in Los Angeles during the All-Star game weekend with a plethora of events (and continue to do so), K-Swiss didn’t see a need to play.

“We stayed out of it because, with the amount of overspending those brands are doing, trying to outdo each other, the worst thing we can do is try and spend any money in that noise,” Waters said.

The same went for ComplexCon in November. While Nike and Adidas claimed monstrous real estate on the show floor, K-Swiss took up a relatively modest area, though still commanded crowds throughout the day.

“We were able to experience the consumer and see what they were wearing and see what their interests are, and I think that was a big win for us,” noted Patrick Buchanan, the K-Swiss global marketing director behind the company’s branding initiatives, of ComplexCon.

In totality, what’s driving the K-Swiss message to the consumer is a focus on bosses rather than athletes. Yes, there are still some athletes and celebrities, such as the deal K-Swiss inked to work with music group DNCE, fronted by Joe Jonas. But the other side of that has been a story around individuals such as Elliot Tebele of Jerry Media, social media and marketing strategist Karen Civil, sisters Corianna and Brianna Dotson of eyewear brand Coco & Breezy and streetwear designer Anwar Carrots. VaynerMedia ceo and cofounder Gary Vaynerchuk got his own shoe, with the GaryVee 001 and 002 now being hawked on eBay for roughly twice the original retail price. The company recently debuted a podcast hosted by Waters and Buchanan called “CEOs Wear Sneakers,” which is eight episodes in and counting.

K-Swiss is banking on influencers such as Vaynerchuk and others to help it reach the niche audiences that will, in aggregate, create a critical enough mass to fully turn around the business.

Waters and team are also looking ahead, rebuilding a brand that for all intents and purposes is seen as having its heyday in the Nineties. It can certainly ride the wave of nostalgia for that time, but when buzz over the  decade dissipates and fashion inevitably moves onto the next trend, K-Swiss’ executive team thinks it’s getting well positioned for the future.

“Ultimately, the Nineties-era trend, it’s not a long-term play necessarily. Heritage classics is a long-term play. It’ll peak and trough, but it won’t go away,” Waters said. “There will be a piece of our business that will remain on an ongoing basis as it has for years, but right now it’s in its peak. We have a secondary line of work that we’re doing which is around a modern brand platform so there’s two sides to our coin: One is what was K-Swiss and what’s the real heritage. Then there’s the modern side, which is this culture we’re tapping into of entrepreneurship, and it’s our belief that the aspirations of young people are fundamentally shifting in front of our very eyes.”