The Dutch designer, whose fans include Björk and Lady Gaga, is scheduled to present her debut women’s collection starting next month. 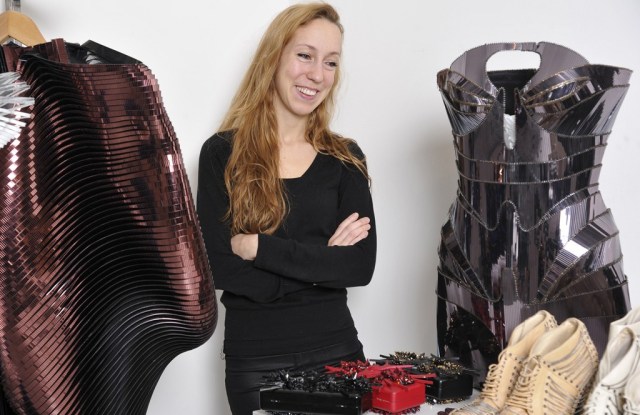 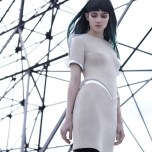 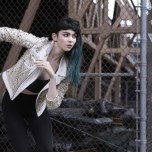 PARIS — After five years of pushing the envelope of couture with her futuristic creations, Iris van Herpen is ready to expand into ready-to-wear.

The Dutch designer, whose fans include Björk and Lady Gaga, is scheduled to present her debut women’s collection during showroom appointments starting next month, the first step toward establishing a full rtw and accessories business.

“It’s really an extension of the haute couture,” the affable 28-year-old told WWD in the Paris showroom of her public relations agency, RMO, sitting in front of a rack bursting with her sculptural made-to-measure creations, which combine cutting-edge technology with painstaking handwork.

“I took five years to develop the techniques and materials and do a lot of experiments, and it sort of became my base, my way of thinking,” she said of couture. “But at the same time, now I feel it’s also nice to take the next step and to translate it into something that is reaching out to more people.”

The first rtw collection, titled Phy-tha-go-rash, was inspired by “Trees of Pythagoras,” a book of paintings based on fractal geometry by Dutch artist Bruno Ernst.

“The focus now is more on patterns than before, because we want this perfect fit. In the haute couture, you’re much more transforming the body. In the ready-to-wear, you’re much more going to try to flow, or to conform to the body, because you want to be comfortable in it all day,” she said.

Van Herpen hopes the line, consisting of a dozen looks, or roughly 24 stockkeeping units, will be picked up by some 20 selective retailers worldwide.

Using innovative materials such as laser-cut Plexiglas spikes, and leather treated with lace or foil, items are priced to retail from 600 euros, or $775 at current exchange, for knitwear to 5,500 euros, or $7,120, for a dress. She has designed a collection of feral-looking shoes, produced in collaboration with United Nude, and hopes to introduce her first handbag later this year.

A graduate of the ArtEZ Institute of the Arts in Arnhem, the Netherlands, van Herpen has worked with artists ranging from choreographer Nanine Linning to architect Daniel Widrig on her pioneering techniques, which include a three-dimensional printed dress selected by Time magazine as one of “The 50 Best Inventions” of 2011.

She hopes to bring the same collaborative approach to rtw. For her first advertising campaign, she has enlisted Canadian musician Claire Boucher, aka Grimes, as model and muse. Grimes, who appears in teaser visuals shot in New York, will be photographed performing in outfits from the collection, van Herpen said.

The designer has already garnered the attention of the art world. The Groninger Museum in the Netherlands last year staged the first large-scale solo exhibition of her work, which will travel in June to the Cité internationale de la dentelle et de la mode in Calais, France.

Though her sensibilities run to the avant-garde, van Herpen hopes her clothes will appeal to a wide range of women.