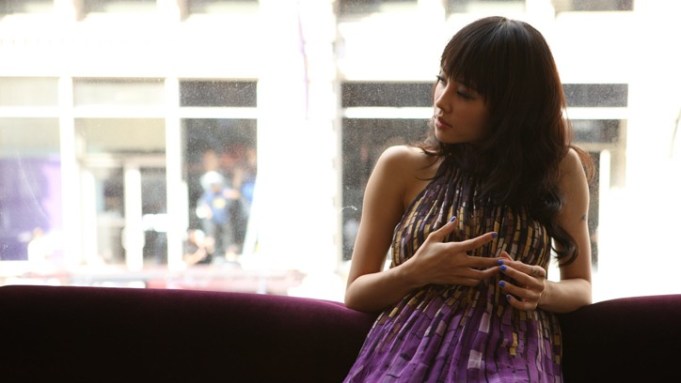 A depressed economy, little prospect of financial backing and fewer retailers willing to take chances. Is this the worst time for young talent?

That’s debatable. Some industry experts deem this a particularly tough time for newcomers, while others sense opportunity for designers with a fresh vision.

“If they are going to do it, they all need to have done their homework and be totally buttoned-up,” Watson said. “The collection has to have a distinctive point of view, and they need to know who their customer is. There has to be a strong perceived value, no matter what the price point is. I think there is an opportunity for any designer to really step out and be distinctive and clarify their voice and connection with customers. It’s not a time for somebody to launch a line that is more of the same thing. Every item has to count.”

Robert Burke, founder of the New York-based consulting firm Robert Burke Associates, agreed. “We want to encourage young talent and growth in this industry, but there has never been a more difficult time in retail. As a result, buyers are reducing their buys and are probably being less experimental, and from that standpoint, economically, it’s more difficult than it has ever been before.”

Simon Collins, Dean of Fashion at Parsons The New School for Design, said that in time even the recession can present opportunity.

“Design is traditionally very tough at the beginning of a recession, when everyone is rolling back and not forward, but toward the end of recession, it becomes more important again, because all these companies that are suffering at the moment can eventually only survive by providing something new, and the only way to do that is with design,” he said.

And if they can do it right, now can be a time for new brands to thrive.

“This is a time when the market is forcing designers to think smaller to get it right. Once you get it right, then you can go globally,” Collins added. “Every store that is open right now still wants to put things in-store, so for a brand with a genuine point of view and real direction, there is opportunity.”

Ken Erman, chief executive officer and co-founder of L.A.M.B., sees that opportunity on a global level for his newest venture. The L.A.M.B. collection, which he runs with singer Gwen Stefani, is still a hot line in the contemporary market, selling at a range of retailers from Saks Fifth Avenue, Bloomingdale’s and Nordstrom to Big Drop and Atrium.

Erman also just launched a new label, Truth & Pride, for holiday selling that is sold at Nordstrom, as well as Henri Bendel and Atrium in New York. But his plate isn’t entirely full. That’s why he is launching another label, called Seventy Two Changes, with the Taiwanese pop star Jolin Tsai.

“It’s not about partnering with a celebrity for us,” Erman said. “We already have a great thing with L.A.M.B., but we wanted to do even more to inspire women on a global scale, and so many girls look up to Jolin. She is huge in Asia.”

Seventy Two Changes, which is named after one of Tsai’s best-selling songs, plans to launch a full contemporary sportswear line, designed and inspired by the looks for which Tsai is known. The brand will launch in the U.S. in about 10 to 20 doors for the first season and across China for fall selling.

“We want to keep the distribution very limited at first,” Erman said. “It’s all about creating a demand for the product.”

Seventy Two Changes is different from L.A.M.B., even though they both serve the contemporary market. While prices have yet to be determined for the Seventy Two Changes line, Erman said it would be priced lower than L.A.M.B. in order to make it accessible to a wider range of consumers.

For the launch, the line includes a mix of club-appropriate and streetwise items such as a black T-shirt dress accented with bright blue and silver sequin details, structured tuxedo jackets and vests with beading details at the shoulders, lightweight wool plaid tops, leather leggings with zipper details at the ankles, silk chiffon printed tops and dresses, a taffeta motorcycle jacket and an asymmetrical bomber jacket.

Erman and Brenda Lin, president of the brand, said they work closely with Tsai to make sure the collection is to her liking.

“We conference with her all the time, but we also took her shopping in Tokyo and went through her closet at her apartment to get a handle on her style,” Lin said.

Much different than Seventy Two Changes, 23-year-old Kimberly Tebele has her own vision for her new contemporary label, Kimberly Taylor. The daughter of Irwin Gindi, a former owner of the Century 21 chain of off-price designer stores, Tebele said she always knew she would one day do her own line.

“My mom used to yell at me because I would wear these supercasual cotton tank tops with my really nice, dressy skirts,” Tebele recalled. “So that’s when I decided I would design a line of silk basics that were comfortable but also look dressy. I want to be the American Apparel of silk.”

Her idea was to create a line of luxurious staples, rather than trendy items — there’s the basic silk tank top in colors such as royal blue, deep purple, bright red and black and white. There’s also silk taffeta skirts, long and short strapless gowns, a classic shift dress in black and gray with a pop of red around the waist, a tunic and a pair of soft silk drawstring shorts. The line wholesales from $64 to $108 and has already been picked up by Twist and Breeze in Brooklyn and Henri Bendel, where Tebele is planning a trunk show early next month.

“These are difficult times right now, but I think that my clothes are classic investment pieces, which feel good to wear and are not going to break the bank,” she said. “They can be worn from the beach to a cocktail party. They are clothes to carry you through, which has been a good thing in a recession.”

A third new label to launch in the contemporary sector is Charley 5.0. While the brand will land in select stores next month, its parent company, Salt Jeanswear LLC, is thinking big for fall — moving from primarily a denim label to a full contemporary sportswear brand.

“We are all about staying on top of the trends and translating what we do with denim into a full collection,” said Susan Dimeo, director of sales at Charley 5.0. “It’s all about high style for a great price.”

For fall, the collection is focused on boho with a modern edge, such as a long denim halter dress and jumper, cotton blouses, leggings, pencil skirts and jackets. The fabrics range from lightweight stretch chambray to silk and cotton with treatments including tie-dye, bleaching and distressing. Wholesale prices range from $53 to $126. The collection has already been picked up by Neiman Marcus, Scoop, Henri Bendel and Planet Blue.

While Dimeo said she would eventually love to build Charley 5.0 up to a $15 million business, she said she isn’t aiming that high in this economy.

“The most important thing right now is to grow this into a healthy business, have a great product with a great fit and grow from there,” she said. “Our goal is to come out stronger when the recession is over.”