Kate Spade Gears Up for Growth

Craig Leavitt, who this month becomes ceo of the newly named Kate Spade & Co., is ready to lead the brand to its $4 billion future. 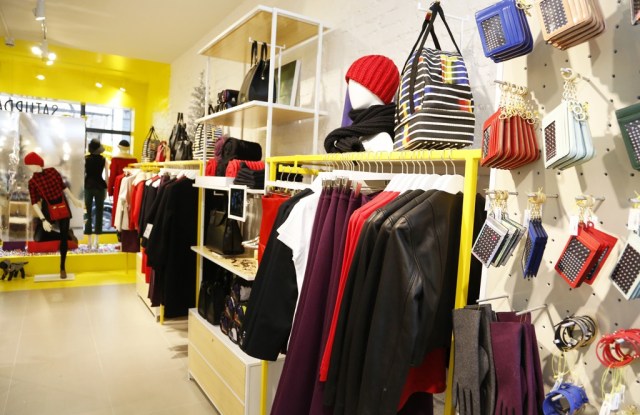 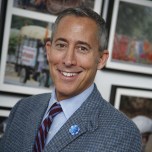 NEW YORK — Craig Leavitt, who this month becomes chief executive officer of the newly named Kate Spade & Co., is ready to lead the lifestyle accessories and fashion brand to its $4 billion future.

“There’s so much opportunity out there for Kate Spade as we move forward. We’re really just scratching the surface of most areas of our business,” said Leavitt, 53, in an exclusive interview. Leavitt had been ceo of Kate Spade under the Fifth & Pacific Cos. umbrella since 2010 after joining Spade in 2008 as copresident and chief operating officer.

Spade is the remaining brand of F&P, which will be renamed Kate Spade & Co. on Feb. 25 and will start trading under the ticker KATE on the New York Stock Exchange.

Leavitt and Deborah Lloyd, chief creative officer, have been the driving force at Spade, which has been on a fast track domestically and overseas. The company saw adjusted earnings before interest, taxes, depreciation and amortization of about $130 million last year on sales of $742 million, according to preliminary figures. For 2014, sales are projected to increase 10 to 13 percent, pushing EBITDA to a range of $165 million to $175 million.

“We just finished our 20th anniversary, and it’s quite appropriate that we have the opportunity to become this monobrand company as we begin the next 20 years of our business,” said Leavitt. Since he and Lloyd, 49, came on board in 2008 and 2007, respectively, the business has grown seven-and-a-half times, he said.

As reported, William L. McComb, ceo of F&P, will step down Feb. 25, after having transformed the company into a monobrand firm.

A well-respected executive, Leavitt is not flashy and is known as a solid operator, said sources. He likes to hire people with a lot of passion.

The ceo articulated the key drivers of the Kate Spade business going forward, which include:

• Adding product categories and offering more entry-level and high-end products to the offerings.

At present, there are more than 300 stores worldwide across the three brands — Kate Spade, Kate Spade Saturday and Jack Spade — including 160 stores in the U.S. and Canada. About 70 percent of Spade’s total business is done direct-to-consumer, and 30 percent is generated by wholesale and licensed products. Of that 30 percent, the lion’s share is done in domestic wholesale. While the company isn’t opening more wholesale doors in accessories and ready-to-wear, it is expanding doors in categories such as fragrance, watches and jewelry.

Kate Spade New York looks to grow as a lifestyle brand, and will be launching swimwear later this year with Swimwear Anywhere. Home also represents a significant opportunity. The company has the number-one designer tabletop business in the U.S. with its licensee, Lenox. A natural extension will be table linens, which will launch this year. The company is looking to expand into a number of home categories in 2015, such as sheets, pillowcases and comforters.

Additionally, it looks to fuel the growth in Kate Spade via “shoulder pricing.” In other words, the company will use pricing accessibility to bring new customers into the brand, especially Millennials. Leavitt said the effort is aimed at the consumer who wants to be a part of the Kate Spade brand, but may not be in a position to spend $400 or $500 for a handbag. Therefore, the company would offer $198 cross-body handbags that are skewed to a young customer. “Our core will continue to be the $298 to $498 price bucket, but we know we have the ability to have broader offerings,” he said.

At the other end of the spectrum, Leavitt said there’s an opportunity to move the core Kate Spade “loyalist customer” along. He said Kate Spade offers price points up to $1,300 in apparel and handbags to meet this customer’s aspirations.

Kate Spade’s core customer is between the ages of 30 and 45. “We are such an optimistic brand. There’s a sense of happiness associated with our brand. We embrace color and graphics. People of all ages are attracted to it,” said Leavitt. “We talk about encouraging our customer to live a more interesting life. That’s a very demographic proposition and brand promise…that’s what drives such a broad customer base.”

Another way it is looking to expand the business is through its established product categories that are more “elastic” than its core accessories and rtw. Those categories are fragrance, watches, tech products and jewelry. “Those are categories that can have a broader distribution than some of our core products. It’s an opportunity to grow our top line and expand our brand footprint,” he said.

Turning to rtw, Leavitt said the goal is to build that business to roughly 30 percent of the overall operation. Although he wouldn’t break out the current percentage, he said it’s getting close to that. Ideally, 70 percent of the business would be accessories, driven by handbags and small leather goods. As they add new categories, that 70 percent might be diminished, “but it will always be the anchor of our brand,” he said.

The incoming ceo said the biggest opportunity lies in Asia in the short to mid-term. “China and Southeast Asia have been our most productive stores, yet there’s a small number of them. There’s big opportunity for expansion,” he noted. In Japan, where Kate Spade has been the longest overseas and where it bought the business back from its Japanese partner 15 to 16 months ago, the company has seen strong growth. The company saw comp results of 26 percent for the fourth quarter in Japan. “When you look at the overall performance, that shows we’re continuing to gain market share because the market is not expanding meaningfully,” he said.

Leavitt said the Chinese business is also doing well. The company opened a dozen or so stores, and is continuing its expansion this year. He also said they’re experiencing strong comp results there. Spade operates its retail stores under three models: directly owned subsidiaries (such as Japan); ventures (such as China), and distribution partners (such as in the Middle East).

In the U.K., for example, where the brand has been for 19 months, Spade operates four stores directly. The company opened its first concession in Paris at Galeries Lafayette in the fourth quarter with very strong results. Leavitt added that the brand is building wholesale distribution in Germany. It is also looking at expanding in India. In the Middle East, the company has a strong distribution partner in four countries and will be expanding as well. They have also signed a distribution partner in Turkey. Elsewhere around the globe, Leavitt sees opportunity in South America, where two stores opened in Brazil last year, bringing the total store count for South America to six. It launched with a distribution partner in Mexico and opened its first store there last year and plans more stores this year.

A priority for the brand is the expansion of Kate Spade Saturday, which offers apparel, accessories, jewelry, watches, footwear, eyewear, tech accessories, beauty, tabletop and home decor. It is priced about 50 percent below Kate Spade New York. It is geared to a younger customer, about 25 to 35 years old. There is no wholesale component, and it is a complete direct-to-consumer proposition.

“We’re very excited about the launch nine months ago. Now it’s about applying all the learnings from those first few seasons into the business and continuing to invest in the marketing and customer acquisition,” he said. “We believe very strongly that Kate Spade Saturday is one of the key vehicles for us in the years ahead from a sales and profitability standpoint,” said Leavitt. He said the company made a significant investment in the brand in 2013 and will be investing more modestly in it in 2014. “It will be less dilutive to our overall profitability,” he said.

Saturday will continue to grow its e-commerce business, as well as expand its brick-and-mortar stores.

Jack Spade, whose business isn’t nearly as developed as Kate Spade, has begun clarifying the brand’s objectives and unlocking its potential, said Leavitt. Right now, the brand is focused on men’s accessories, driven by bags and sportswear. Among the bags it offers are totes, messenger bags, gym bags and small leather goods. Since sportswear was introduced three-and-a-half years ago, it has grown from zero to a third of the overall business. “He’s coming to buy sportswear more frequently than a bag of accessory,” said Leavitt. The division is beginning to look at product licensing opportunities and will be launching men’s eyewear with Safilo.

Kate Spade, which has been at the forefront of digital marketing in the apparel sector, will continue to invest heavily in social media and building its customer database. At present, some 20 percent of the company’s sales come from e-commerce. “That’s a big penetration and speaks to the importance we place on this omnichannel approach to our business. We view our e-commerce channel as our global flagship,” said Leavitt.

He said it’s not only from a sales perspective, but how they’re able to enhance the customer experience, through customization of product and having the Madison Avenue Collection, for example, offered exclusively in the flagships and online. “Our e-commerce customer is our most valuable customer,” he said. “She has a higher average transaction spend and is far more likely to buy across product categories.” Leavitt plans to introduce e-commerce in the U.K. this year, and then expand it to other European countries at the end of the year and in 2015. It also plans to expand e-commerce in Asia with partners this year.

Last year, Kate Spade told investors it anticipates being a $4 billion company down the road. “We said that’s a long-term goal. What we said in the midterm is that by the end of 2016, we expect to be a $2 billion brand in retail footprint. We also feel very confident about the $4 billion in the long term,” said Leavitt.

The company seeks to continue building productivity at its retail stores. At present, Kate Spade’s retail stores average about $1,225 a square foot. “That’s continuing to grow quarter after quarter. We see that continuing to grow,” he said. While he sees an overall shift in the industry to the online space, he thinks Kate Spade is well positioned to capture more online sales. He believes the company can offer a broader range of products without expanding the footprint of the stores, thanks to e-commerce.

Leavitt is clearly excited to be leading a monobrand company in today’s environment.

“As a public company in a monobrand situation, we can focus all the resources on the growth of the Kate Spade business,” said Leavitt.