The collection hits local stores today; market-specific versions are slated to go on sale next week. 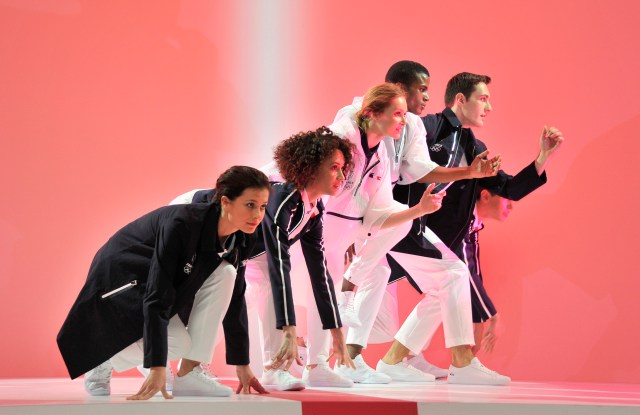 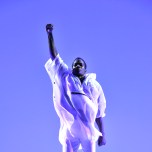 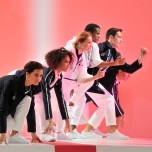 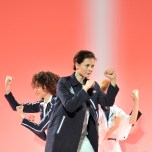 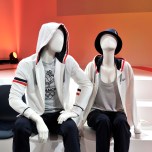 The brand with the crocodile logo unveiled the official uniforms it designed for French athletes competing during the Summer Olympic and Paralympic Games in Rio de Janeiro.

“The idea was to do something chic that is representative of the Lacoste spirit, founded by [tennis legend] René Lacoste — so very clean-cut and very precise,” Lacoste’s artistic director Felipe Oliveira Baptista told WWD.

Worn by a group of dancers at the Palais de Chaillot in Paris on Wednesday night, the collection includes both apparel and footwear for athletes to wear during opening and closing ceremonies, on the winners’ podium and inside the Olympic village.

“We wanted this to be elegant and comfortable, which ultimately is very French,” Baptista mused.

The brand’s exotic pet logo has been revisited in blue, white and red, the colors of the French flag.

Hitting stores in France today, the collection is priced between 40 euros, or $45 at current exchange, for a pair of sandals to 180 euros, or $203, for a zipped sweater.

This is the second time Lacoste is outfitting the French Olympians, following the winter games in Sochi in 2014.

“Sochi was a test. The winter [competition] is smaller than summer, so for us the event in Rio is a very important one,” said Thierry Guibert, president of Lacoste Holding, adding that while the company’s global turnover saw an uptick of about 3 percent following Sochi, Rio is poised to bring a bigger boost, not least inside hosting country. “Our business in Brazil is very well-developed. There is a lot of sun and a lot of joy, which resonates well with the Lacoste spirit. Our biggest market is still the U.S.A., followed by France, but Brazil is in the top five.”

Guibert said he expects the impact of the collaboration with the National Olympic Committee to be also felt in terms of global image.

“What Lacoste stands for is a mix between sport and elegance, and the Olympic spirit is very much in touch with that. We will develop a specific collection dedicated to the Olympic games around the world that is sold globally, in different colors per country,” he said.

The respective products are expected to hit stores in the coming week.

Guibert noted that between 25 and 30 percent of Lacoste’s promotional budget is allocated to sport, up from 20 percent in 2014. “The sports spirit is growing everywhere. Look around, all luxury brands want to develop their own sports collections or take cues from the discipline. But for me, sport in general has the kind of values that we [at Lacoste] have always been close to. With the Olympic games we hope to create an emotional bond between the customer and the product,” he noted.

Keen on pushing its unconventional fashion credentials further, Lacoste is to team with fashion photographer and illustrator Jean-Paul Goude later this year. Goude is to go out of his comfort zone and design an apparel collection for the French label, slated to hit stores in time for the holiday season. “It’s going to be a first,” Guibert said.