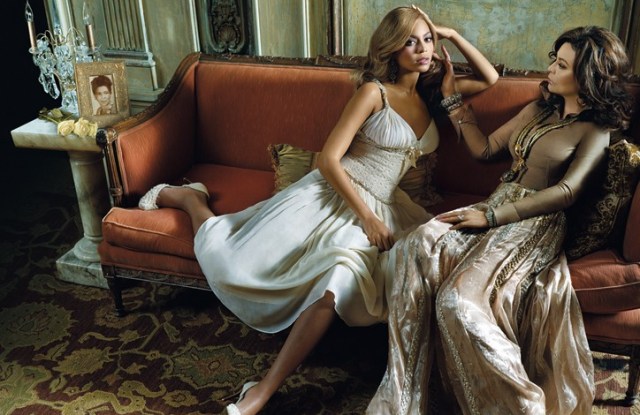 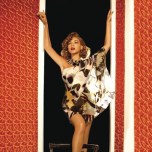 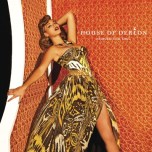 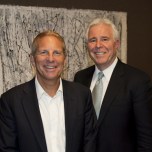 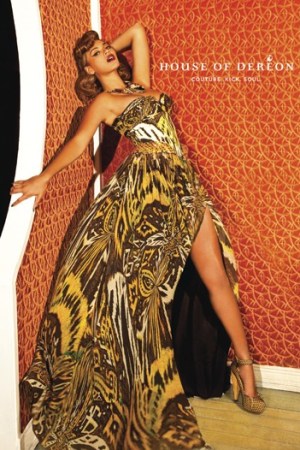 Beyonce for House of Dereon 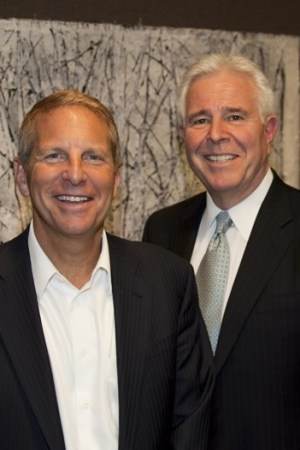 NEW YORK — LF USA, a subsidiary of Li & Fung, has put a ring on Beyoncé’s finger.

LF USA has acquired Beyond Productions LLC, the apparel and accessories company led by Beyoncé and Tina Knowles. Beyond Productions is a designer and licenser of women’s fashion apparel and accessories whose brands include House of Deréon, Deréon, Curvelicious and Miss Tina. In addition, LF USA has entered an endorsement agreement with Beyoncé for House of Deréon and Deréon.

One of the reigning queens of pop music, Beyoncé, 29, was the big winner at last year’s Grammy Awards, taking home six trophies, including one for Song of the Year for her hit “Single Ladies (Put a Ring on It).” Having appeared in such movies as “Cadillac Records,” “Austin Powers in Goldmember” and “Dreamgirls,” Beyoncé has been cast as the lead in the remake of “A Star Is Born,” a role made famous by Judy Garland and Barbra Streisand.

Beyond Productions LLC was established in 2004 by the Knowleses, with Jason and Arthur Rabin and Cory Silverstein of Wear Me Apparel/Kids Headquarters, which is based in New York. Under the various monikers, Beyond Productions’ lines span ready-to-wear, casual sportswear, denim, outerwear, handbags, footwear and other accessories, which are distributed through department stores, mass merchants and specialty stores worldwide.

In an interview Monday in New York with Beyoncé and Tina Knowles, Rick Darling, president of LF USA, and Bruce Rockowitz, president of Li & Fung (Trading) Ltd., they all spoke about their desire to expand the brands globally.

“We’re at the point where we wanted to have more growth, and we needed someone who was global,” said Tina Knowles, creative director. “We’re very interested in taking the brand international, and L&F is the best at that.” She said the brand already has some distribution in Greece, Canada and China.

Darling explained that LF USA, which became acquainted with Beyond Productions through its 2009 acquisition of Kids Headquarters, is in the midst of expanding its portfolio of proprietary brands, “and this is a great addition.”

“I think the brand hasn’t really been pushed the way that it could be. It’s done really well in a certain marketplace, and we think there’s a huge opportunity internationally that’s never been exploited,” said Darling.

Rockowitz added that the acquisition will benefit from Li & Fung’s completion of its LF global network of LF USA, LF Asia and LF Europe. “Beyoncé is such a big name, and with her mother, the team is really strong and it has a global following,” he said. Darling added that he hopes LF USA will source as much of the product as they can themselves.

Tina Knowles, who works on the apparel business full time, described her company’s various brands, which are sold at different tiers of distribution. Miss Tina, a women’s line of sportswear and dresses, is exclusively available at 350 doors of Wal-Mart, while Curvelicious, a plus-size dress line, is sold at major department stores. Deréon, which accounts for the lion’s share of the business, is geared to a younger, trendier customer and is available at department stores such as Macy’s, as well as at specialty stores, while House of Deréon is a better line of cocktail dresses and eveningwear and has department and specialty store distribution. The lines are also sold on dereon.com. The deal doesn’t include Beyoncé’s fragrance business, Heat and Heat Rush, which is licensed to Coty.

“The hardest thing has been sourcing and manufacturing,” said Tina Knowles. “L&F is the best at those two things.” She said the company’s management team will stay in place, as will the staff. Philip Davis will remain president of Beyond Productions.

Beyoncé told WWD she’s excited about the prospect of having more people wear the clothes and bringing the brands to a larger audience.

“I just did a world tour, and I was able to see fans in the audience wearing Deréon in China and Egypt. To know that more people will have access to the brand is what we’ve worked so hard to do,” she said. She added that she’s very proud of Deréon, and has used the brand’s names in her songs’ lyrics.

She also likes being the face of the brand and giving her creative input on ad campaigns. “I also like coming up with the concept for the photo shoots and working with [photographer] Tony Duran.” Beyoncé noted that she’ll sometimes have a stop on her tour, such as Greece, where they’ll decide to do a fashion shoot for the apparel brand.

She said she wears the products regularly, and recently got a lot of press wearing Deréon leggings. “She gives us a lot of inspiration,” said Tina Knowles. “[Beyoncé] will bring in a jacket and say that she likes a certain element.” According to Tina Knowles, a key aspect of the deal is being able to keep prices affordable. “We want to have great product and have a bigger distribution and see more people in the clothes. Our shoes are killer. We need to have more distribution for them and better sourcing,” she said.

In addition, Darling said LF USA signed a long-term agreement with Beyoncé, who will endorse the brand through advertising and collateral material where it’s appropriate.

Beyond Productions will become part of LF USA’s Fashion Brands Group, which includes names such as Jennifer Lopez, Marc Anthony and Rachel Zoe. LF USA currently holds a licensing agreement with Beyond Productions for children’s wear through its Kids Headquarters division.

Li & Fung has been on a deal-making spree in recent months, and is gearing up for even more acquisitions. “One of our core competencies is acquisitions. We’re not just buying companies just to buy companies. It fills a hole in our business,” said Rockowitz.

At the time, Rockowitz said that the company retained a “war chest of over $1 billion,” and the “pipeline of deals will remain strong.” In July, Li & Fung unveiled three acquisitions worth a total of $140 million, including the purchase of Hong Kong-based Jackel Group in the beauty sector, Hong Kong-based HTP Group in the jeanswear market and New York-based Cipriani Accessories and its affiliate, the Max Leather Group. Also last year, LF USA inked deals with Zoe to create a lifestyle fashion brand, signed a license to produce Sean John men’s sportswear and expanded its licensing arrangement with mixed martial arts brand Tapout.