Madhappy Gets in the Summer Spirit With Los Angeles Pop-ups

The brand has bowed doors on Abbot Kinney Boulevard and Melrose Place.

LOS ANGELES — With Madhappy opening the doors to its Abbot Kinney Boulevard and Melrose Place pop-ups, a couple things stuck out.

For starters, the elevated basics brand is now dabbling with food in store — not exactly within the four walls, but just outside, enlisting Jon & Vinny’s for an ice cream stand concept at its 1,200-square-foot Abbot Kinney location. Second, the two stores are a subtle test internally for the brand to see operationally what it’s like to run pop-ups simultaneously in the same city.

The young brand has been measured in its retail game plan, testing temporary stores as a companion to its online shop in places such as Los Angeles; Aspen; Williamsburg, Brooklyn; and Miami.

The pop-ups have become respites to also tout the brand’s advocacy of mental health awareness, and they’ve become just as much a calling card as their signature hoodie stitching.

Inside each of the summer pop-ups is programming, such as panels on mental health and a wall where visitors are encouraged to express themselves directly. Melrose, because of its larger footprint at 2,000 square feet, has what the company’s calling a self-reflection chamber filled with positive affirmations. 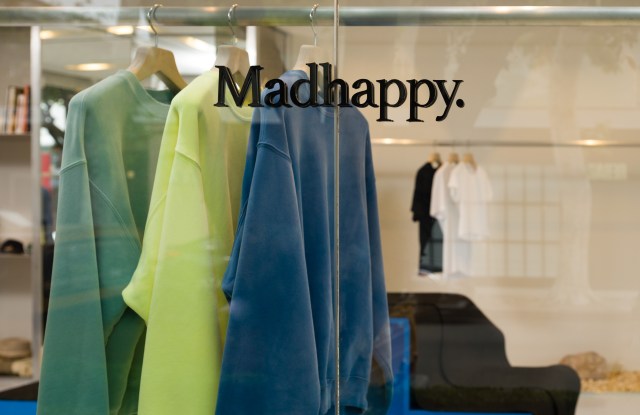 Both stores, set to remain open through July, are where the typical Madhappy customer would shop, cofounder Peiman Raf said.

“We have a current customer base that’s already in these areas, but these are also some of the hottest places in L.A. and maybe even the country, especially at this time of year,” he said. “So we think there are lots of new eyeballs that’ll be on the brand. We’re still only a two-year-old brand and so we’re just really excited to show what Madhappy’s about.”

Each Madhappy store will be stocked with limited-edition product. The company’s Classics by Madhappy line, launched earlier this year, will see the release of summer colorways. 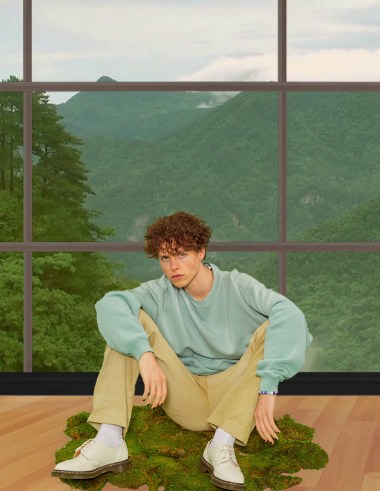 From the summer collection of Madhappy’s Classics line.  Courtesy Photo

Madhappy continues to explore real estate for a permanent store, which could come as early as the end of next year.

“This year, we’re really focused on continuing to build out our supply chain and our product mix,” Peiman Raf said. “We’re looking at the permanent location for mid-2020 to end of 2020, but for us it’d have to be the perfect situation in terms of the size of the space and the exact location. So we’re more patient on that. Regardless, we’ll continue to do the pop-ups because it’s an exciting part of our brand.”

The company has also been in talks with three prospective retail partners as the company now explores its options to further market the brand in that channel. Announcements on that front could be made late this year, according to Raf. These would be partners akin to either high-end global players in addition to boutiques in key markets.

“For us,” Raf said, “we think that a lot of these [retailers’] platforms do a great job at storytelling and there’s definitely a value that we can have and they can have.”