The new logo is now as modern and contemporary as its collection. 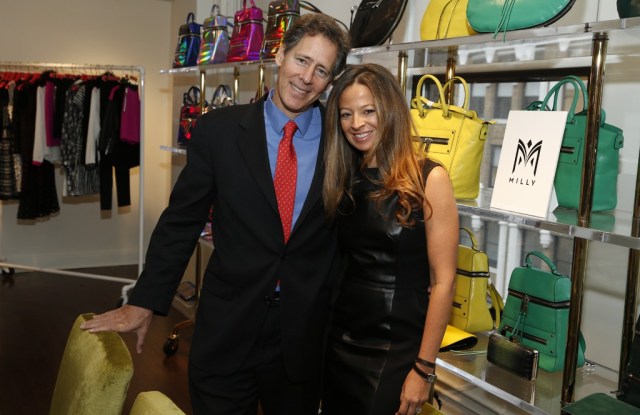 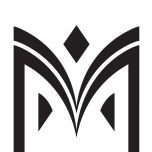 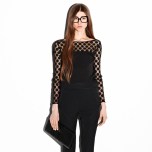 NEW YORK — Milly’s new logo is now as modern and contemporary as its collection.

Beginning with the pre-fall collection that hits stores at the end of June, Milly has designed a new logo that will appear on hangtags, hangers, shopping bags, store awnings and shop-in-shops reflecting the line’s more modern and contemporary point of view.

“We wanted it to be clean, modern and architectural,” said Michelle Smith, co-owner and designer of the company. “It’s an abstract interpretation of an M. There’s a beauty and femininity in the mark. It’s clean, modern and timeless.” Pentagram designed the new logo, which was inspired by Smith’s designs.

“The label is the filter to the brand. It’s the window to your brand and how it’s perceived. The previous logo was too retro. We’ve evolved beyond that,” said Smith, who founded the company with her husband, chief executive officer Andrew Oshrin, in 2000.

“We launched Milly [at retail] in 2001. My collection has definitely evolved over time from season to season,” said Smith. She realized that her previous logo (Milly written out in script) no longer spoke to the spirit and DNA of her collection. “The collection evolved, but the label stayed the same. It was definitely stuck. It was a 1950s, 1960s ironically vintage-inspired label. Today, I’ve evolved much more into a modern collection, inspired by classics but very forward thinking,” said Smith.

When she originally launched the collection, it was a very different time. “Fashion was coming out of the minimalist 1990s. Our collection looked so different, so colorful and full of prints,” she said. While she still considers the collection to be feminine, she believes it now has more of an edge.

“It [pre-fall] is very trend driven. Usually for me it’s a precursor for what I’ll be doing in the fall collection. The real fashion customer buys the special items early in the season, such as leathers, furs and even some important coats. The fashion girls want to snap them up early.” Hinting at fall, which she’ll show Feb. 13 during New York Fashion Week, she said leather is going to be important. She’s using a French stretch leather that is soft, buttery and lightweight. “It’s technological and really luxurious, and we’re using it in snug pencil skirts, tight legging pants, paneling on dresses and trims on leather coats; it’s also on little bows,” she added.

“I’m really feeling tailoring right now, men’s tailoring, precision and clean cut,” said Smith. “I love to take a classic pencil skirt and cut it in a crazy material. I like to take a classic and turn it on its head. That permeates my collection and is one of my signatures.”

Smith’s designs will be getting additional airtime in June, when an exclusively designed 60-plus-item collection for women and men bows at more than 700 Banana Republic locations worldwide and online. The collection incorporates dresses, tops, bottoms and knitwear and will be supported by national advertising from Banana Republic.

It’s been a busy time for Milly, as the company expands on several fronts. The firm opened its first freestanding boutique on Madison Avenue in 2011, and the three-year plan is to open seven to 10 new stores, said Oshrin. “This year will be a bigger investment in our e-commerce business,” he said. Business on millyny.com presently rivals that of the Madison Avenue store in terms of volume, he said. Its key wholesale accounts are Bergdorf Goodman, Neiman Marcus, Saks Fifth Avenue, Nordstorm, Harrods and Bloomingdale’s.

The company tends to develop new categories in-house and has cultivated several successful businesses, namely swimwear, handbags, girls’ apparel and tech accessories. Milly Minis, the girls’ wear line, is carried in such stores as Barneys New York, Bergdorf’s and Harrods. There are still several categories that it would like to explore, such as footwear, fragrance, eyewear and home. But as it’s a privately owned company, the couple is in no rush, and the timing and product have to be right for the brand.

Overseas expansion is one of the company’s priorities. The brand, which produces all its wovens in New York City, currently ships to 250 countries. In partnership with Remza, Milly will open three freestanding stores, in Qatar, Kuwait and Dubai. Milly has a flagship in Tokyo with Itochu and has four or five shops-in-shop in Japan. Smith and Oshrin plan to go to Tokyo in March for a big Milly party.

As a private firm, Oshrin believes they can expand at their own pace. “We live very comfortably with our business,” he said. The business has averaged 12 to 15 percent increases the last three years “and we’ve always been profitable.” With so many of its competitors rushing to open freestanding retail stores, the couple realize they have to stay competitive. “We’re very cognizant of that. We’re refreshing our brand logo to be more in tune with what the product is. We have to pick our spots, where we have some competitive advantage,” said Oshrin.