The model, a Victoria’s Secret alum, approached the collection similarly to her swimwear line, which launched in the summer of 2019.

“Being in the modeling industry, I’ve been around lots of brands and lots of designers and lots of photo shoots, and I’ve been in a lot of swimsuits and lots of clothes, and I’ve always felt like there was a lack in the market for certain things, like super elevated, high-end swimwear that was super unique, you could wear day to night, but also wouldn’t break your bank,” she said, calling from Miami.

“I don’t want to just be another triangle bikini or another sportswear line with plain leggings and a plain black sports bra,” she continued. “I want to spice it up. I want to be unique and different. I want somebody to put our swim or sport on and be like, ‘Wow, I’m really standing out from the crowd,’ be nice and confident. That’s my goal.” 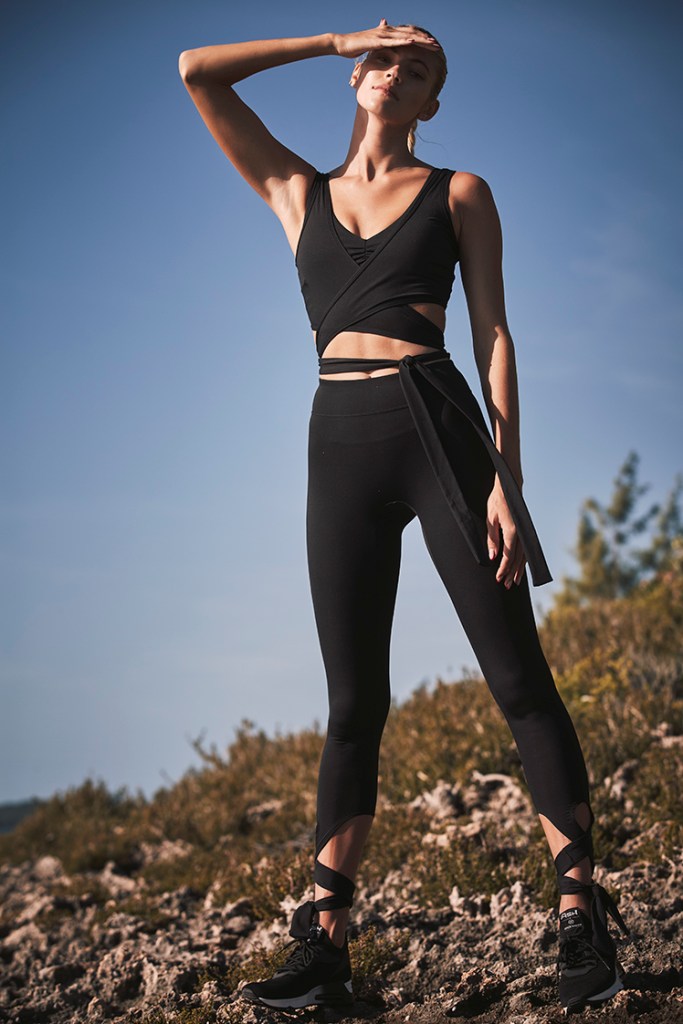 It’s with the help of her husband, Jonathan Barbara, who’s the co-owner of women’s wear line Alexis, that Windsor started her brand — something she has always wanted to do, she said.

“He really was the key point in helping me start this, because honestly I had no idea,” she said. “I just knew nothing about starting my own brand and launching a business and being a businesswoman. All I was doing was modeling. It was a lot to learn very quickly.”

She had a clear vision for what she wanted, however, and has launched three swimwear collections to date with the help of a small creative team. The brand’s fabrics are sourced in Italy and Brazil and made in China.

“I think the whole world was either in loungewear, in workout wear or in a swimsuit this summer, so that was really good for us,” she said. Though there were launch delays due to the impact of COVID-19 and disruptions in the supply chain, her swimwear business did well in 2020. “We’re 60 to 70 percent direct-to-consumer, which was really great for us, because we already had that market going for us.” 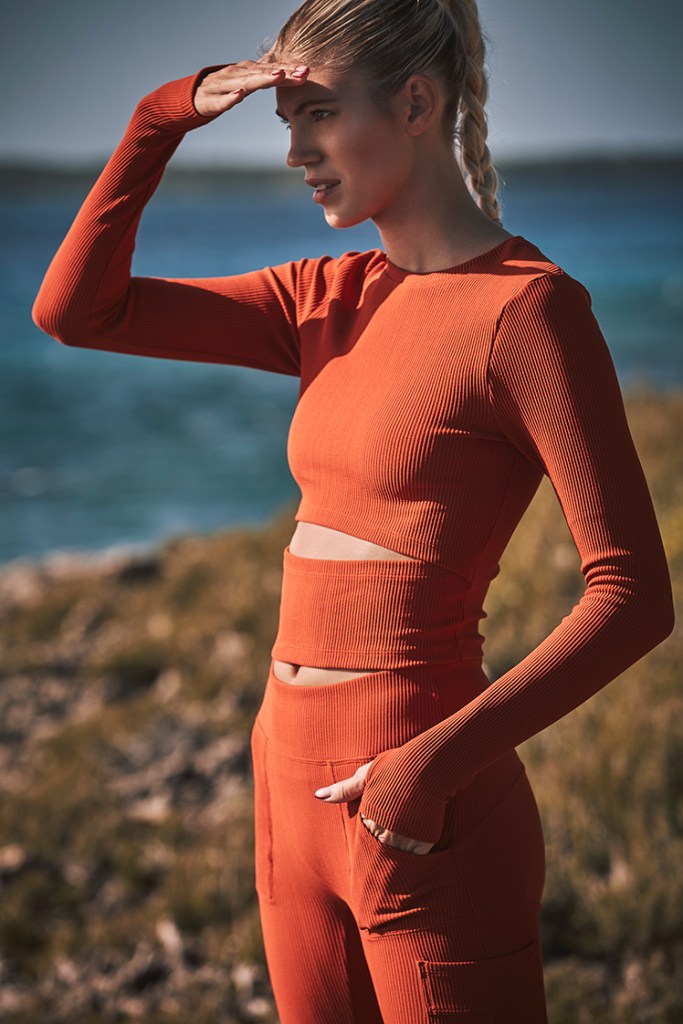 Activewear, particularly given the nationwide growth in the category accelerated by the pandemic was a natural next step for the brand, she added. Windsor is releasing three sports bras, six tops, six leggings and two jackets, which will be available at devonwindsor.com.

“It’s kind of like swim, there’s so many fun, unique ways to do active, especially now,” she said of her approach to designing. “People are wearing active throughout their whole day. I literally wake up, work out and then go to the office in my workout clothes and stay in them literally all day until I come home, shower and put pajamas on.”

When it comes to her workout routine these days, it consists of daily walks.

“It sounds so lame, but I literally walk every day,” she said. “I’m not a runner. I take walks every day, almost every morning, and then I’ll do online streaming dance cardio, Melissa Wood Health, yoga, Pilates. I even bought a Pilates reformer on Amazon at one point, so I’ll do that. Honestly, it’s pretty low key. I’m not great at motivating myself when I don’t have a goal of a specific photoshoot or something coming up, so I struggle just like everybody else. But I try to get at least 30 minutes of something.”

She’s been sharing her life on YouTube and Instagram, where she has 2.3 million followers and frequently posts photos and videos — from her go-to recipes to her struggle with acne.

“I want to be a motivator,” she added. “I definitely keep it real, sometimes too real, sometimes a little too honest. The key for me is keeping myself busy and creating goals for myself.”

As she grows her brand, she hopes to introduce loungewear and interior, she said.