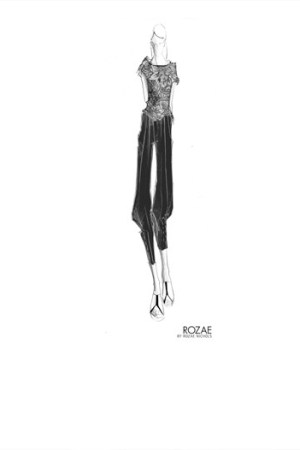 LOS ANGELES — Designer Rozae Nichols has picked new management and created a line in an effort to take her business to the next level.

Last month, the 12-year-old Los Angeles-based company hired chief executive officer Per Inglander from Lacoste, and he already has signed up new manufacturers, restructured staff and taken other measures to reduce operating costs by more than 15 percent in the next nine to 12 months.

Chief among Inglander’s plans is to revamp the company’s three-year-old secondary line, Rozae Nichols Convertible, into a sporty contemporary line called Rozae by Rozae Nichols, which will make its debut in the spring.

The line offers a younger, more casual take on tomboy-unisex pieces, and will wholesale for $100 for tops, $195 for dresses and $130 for skirts. The signature collection, which accounts for about 70 percent of the total business, wholesales from $165 to $295. The brands are sold in about 300 stores domestically, including Neiman Marcus, Stanley Korshak and Scoop, as well as 90 doors internationally, including Harvey Nichols and Lane Crawford. Inglander hopes to grow the business in Asia and South America.

The new pieces will be based on cotton worker-inspired fabrics such as cotton broadcloth, canvas and distressed leather. Jersey tops will also have sequins and exposed zippers, both trademark details of the signature line.

The plan calls for the contemporary Rozae by Rozae Nichols line to grow to 40 percent of the total business, while at the same time fine-tuning the signature line within the young designer category.

Future developments also include a retail store in Los Angeles in the next two years and e-commerce, both of which Inglander says will aim to double the business in the next three to five years.

“I think this is the most significant step forward my company has ever taken,” Nichols said.