Nick Graham Back in Business With New Brand

Joe Boxer founder to launch collection online in December, followed by wholesale in the spring. 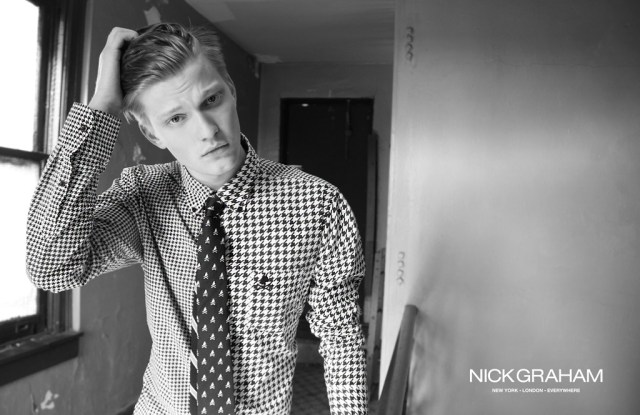 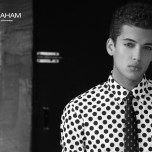 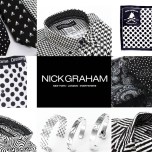 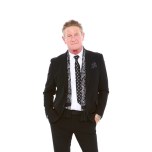 Taking a cue from L’Oréal’s self-satisfied tag line, the motto for Nick Graham’s new men’s wear brand is “Because he can.”

The tongue-in-cheek tone is signature Graham, who as the founder of Joe Boxer dubbed himself chief underpants officer and once dressed up as the Queen of England for a marketing stunt in Times Square. A serial entrepreneur, this latest launch is the first time Graham is using his own name on a fashion label.

The Nick Graham collection will make its debut exclusively online in December, before a planned expansion into wholesale accounts in the spring. The offerings will begin with men’s furnishings — shirts, neckwear and accessories — all in a black and white palette. A wider color range, along with a full men’s wear collection, will come next year.

“It’s a digital haberdashery,” explained Graham of the e-commerce site at Nickgraham.com, which is targeting a core demographic of 18- to 40-year-old men. “This is Joe Boxer grown up.”

At a recent lunch at New York’s ABC Kitchen, Graham was already wearing his newly designed tie, pocket square and scarf — all in a matching black-and-white polka dot motif, which lent him a breezily dashing quality. Graham calls his new designs “post-prep” in style. The initial assortments encompass woven shirts in those same graphic polka dots, as well as camouflage, herringbone and stripe patterns. Polo shirts bear the Nick Graham logo on the chest: a silhouette of a boxer dog above two crossed bones, à la the pirate’s Jolly Roger.

“I’m a Brit in my sensibility and I do like that British style of clothing,” observed Graham, who was born in Calgary, Canada, but to British parents. “I want to take that and make it more interesting. The ties have a contrast tipping and tails, for instance. I’m not trying to recreate men’s wear but want to provide options that are a little further than where we are now.”

Tie pins, bracelets, cuff links, belt buckles and wallets will be 3-D printed after a customer places an order, saving on inventory costs, said Graham. The production is in a New York-based company that 3-D prints with stainless steel and eventually with more precious metals like silver and gold-plated bronze.

“It’s a novel production process but it’s also economical, because you don’t have to make molds, like you do with traditional manufacturing,” said Graham of the accessories, some of which are decorated with “Because He Can” lettering or the brand’s boxer-and-bones logo. “We only produce to order, so there’s basically no inventory in it. The goal is to make the product in three to five days after the order is placed. And people will be able to personalize their bracelets or cuff links.”

A small amount of inventory will be kept on hand for impatient customers who insist on faster delivery.

The line is priced on the lower end of the contemporary range, with woven shirts to retail for $125, knits for $35 to $100, accessories and neckwear for $25 to $120 and jewelry for $75 to $350. A pocket square emblazoned with polka dots and the Nick Graham boxer mascot will be given away to online customers who spend $100.

Graham has set up a third-party warehouse and distribution center in Tennessee to fulfill orders. A pop-up store in New York is planned to open around the time the e-commerce site launches.

“The men’s business is very dynamic right now and there’s a big opportunity in it,” said Graham, who is self-financing the venture under a company he’s established called NGO Inc.

Graham started in the business with Joe Boxer in 1985, which was based in San Francisco and built on his own irreverent personality. Among his many fabled marketing antics were flying a planeload of New York fashion editors to Iceland for a runway show, purchasing the British title of “Lord of Balls” and creating glow-in-the-dark underwear that read “no, no, no” in the light but “yes, yes, yes” in the dark.

The inventive gimmicks drove Joe Boxer’s cheeky appeal and top-line sales, but poor management later brought the company to the brink of bankruptcy before it was acquired by Windsong Allegiance Group in 2001. That deal led to a blockbuster distribution agreement with Kmart and Sears. Today, Joe Boxer is owned by Iconix Brand Group, which purchased it in 2005.

Graham remained with Joe Boxer as a consultant through the Windsong Allegiance years, but exited the brand prior to the Iconix deal. Since then, he’s been involved in a series of ventures, including another British-inflected men’s line called nick(it), which he created in 2004 in partnership with Oxford Industries Inc. and was sold exclusively at J.C. Penney stores.

Graham was also cofounder of Wonderbrand LLC in 2007, a joint venture with MJC Group that produced underwear for Knotty Woodpecker, Hurley and Lucky Brand. He’s been an investor in a San Francisco restaurant, became a partner several years ago in a Borneo plantation that grows patchouli and vetiver for fragrance suppliers, and most recently was a consultant to Israel-based underwear manufacturer Delta Galil Industries Ltd.

Work on the Nick Graham collection started back in January. In June, Graham telegraphed his aim to reenter the men’s business with his column for WWD’s “Think Tank” series. Men are “crawling out of the primordial mud of tradition, moving towards an oxygenated world of choices about how we want to represent ourselves,” he wrote then of the new world of style-conscious men that are ripe targets for new brands.

“New York, London, Everywhere” is the tag line on the Nick Graham label. That Internet-connected ethos is key to Graham’s strategy for the brand. A QR code will be sewn into each product’s interior, which when scanned will connect the user to a dedicated page on the brand’s Web site with special offers exclusive to Nick Graham customers. The site will be updated regularly with promotions for travel and entertainment.

Graham has partnered with Tablet Hotels, for example, to offer a $10,000 vacation package that includes three days in New York, three in London and then three in a surprise destination — along with a $1,000 travel kit of Nick Graham products.

“As someone who usually wears men’s clothing, I find it a fascinating platform for expression,” said Graham of his return to the business. “We are creating a total experience, not just a brand experience.”